As the last body-on-frame SUV in the FCA family, the eight-year-old, third generation 2018 Dodge Durango continues to defy some popular thinking that its day has past.  Without apology, Durango delivers performance, utility and comfort – now with a dash of swagger in its SRT and R/T trim levels.

That proven performance, utility, comfort and value – tweaked each year with updated technology and convenience features works for Durango.  It continues to be a strong performer in a very competitive SUV segment – selling between 60 and 70,000 units per year since 2013.

Despite continuing rumors that Durango is in line for a major redesign, we ask why. Upping the ante with swagger like the SRT added last year and now incorporated in the R/T for 2018 – we say don’t try to fix what is not broken. 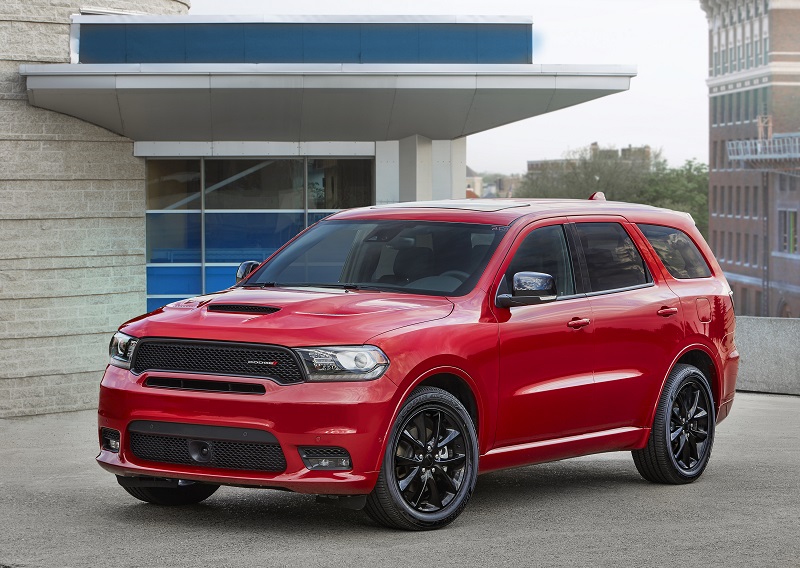 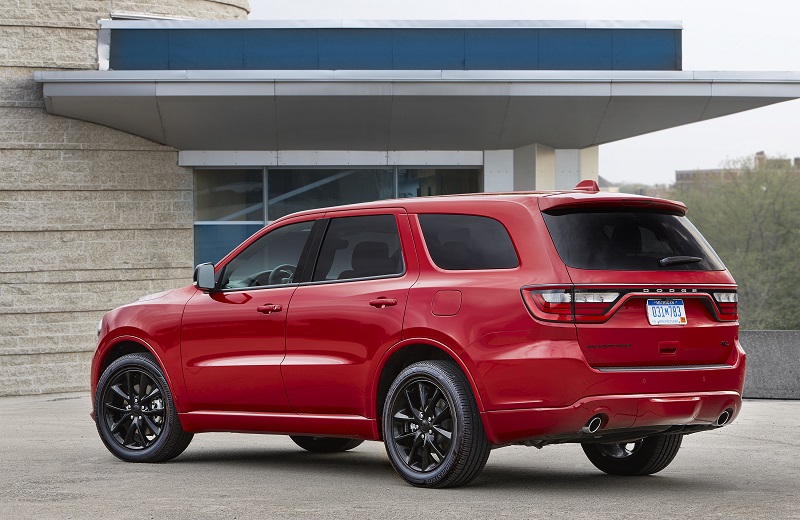 There was plenty of swagger in our recent test Durango R/T AWD.  It sported a hot Redline monochromatic exterior with Black Nappa leather front bucket seats, red accent stitching and ‘R/T’ embroidered on the seat backs.

The powerplant in R/T is the venerable 5.7L HEMI V8 engine kicking out 360 horsepower and 390 lb.-ft. of torque – mated to the paddle shifter equipped TorqueFlite 8-speed automatic transmission with Eco and Sport modes.  Hint: skip the Eco.  For swagger you want Sport. 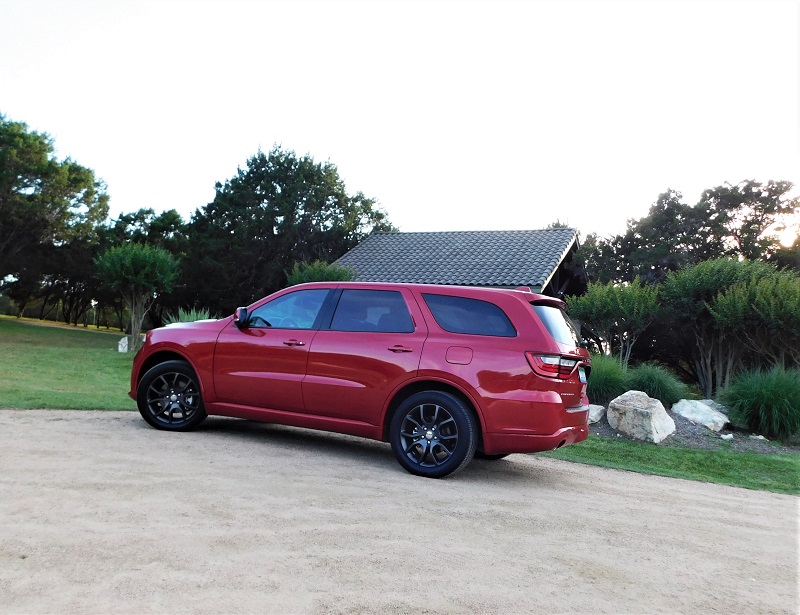 Not only does it ride and handle much like its SRT sibling, but with its performance tuned dual exhaust – it even sounds like it.  And, though we will not confirm (or deny) testing it – R/T RWD will run 0-60 mph in just over 6.0-seconds. 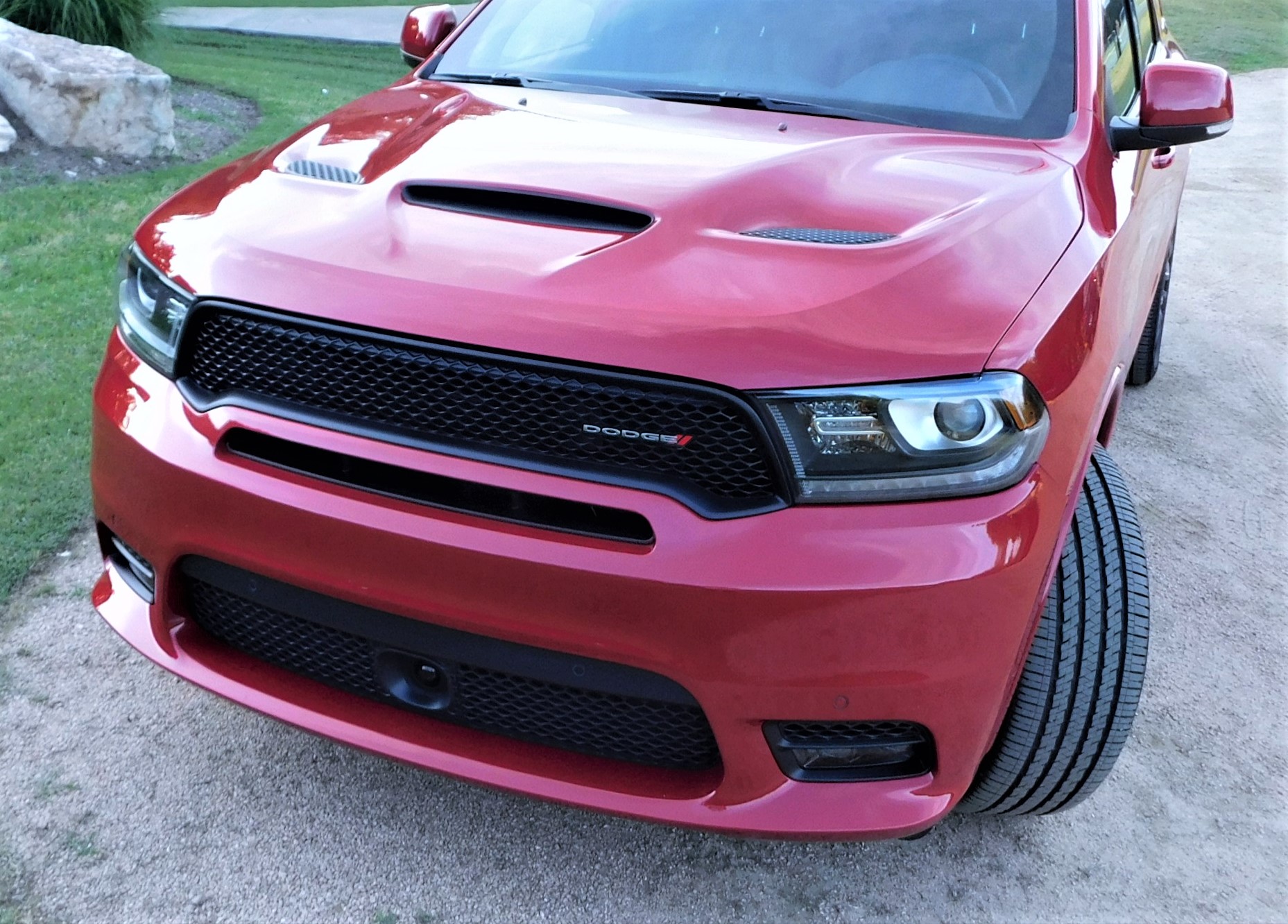 It should come as no surprise that the R/T RWD is no fuel sipper. It’s fuel economy rating is 14/22 mpg city/highway and 17 combined.  But, with its 26.4-gallon fuel tank, it will deliver near 550 miles of swagger on the highway between fill-ups. 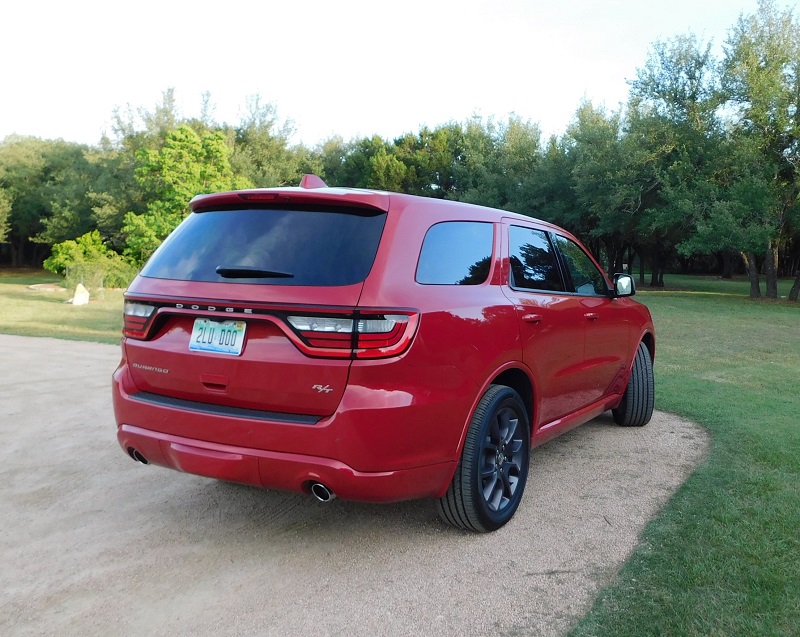 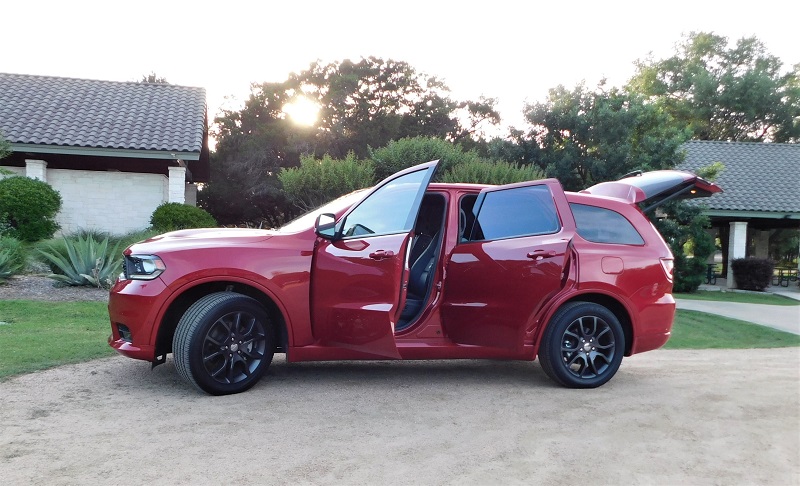 Our Durango R/T RWD was equipped for towing with Trailer Sway Control, 220-amp alternator, heavy duty engine oil cooler, class IV hitch receiver and 4-/7 pin wiring harness. Featuring rear load leveling shocks for additional control, it tows up to 7,400 pounds with load capacity of 1,280 pounds. For safety and peace of mind, the 8.4-inch Uconnect system even offers capability to view on screen the trailing equipment while Durango is in motion. 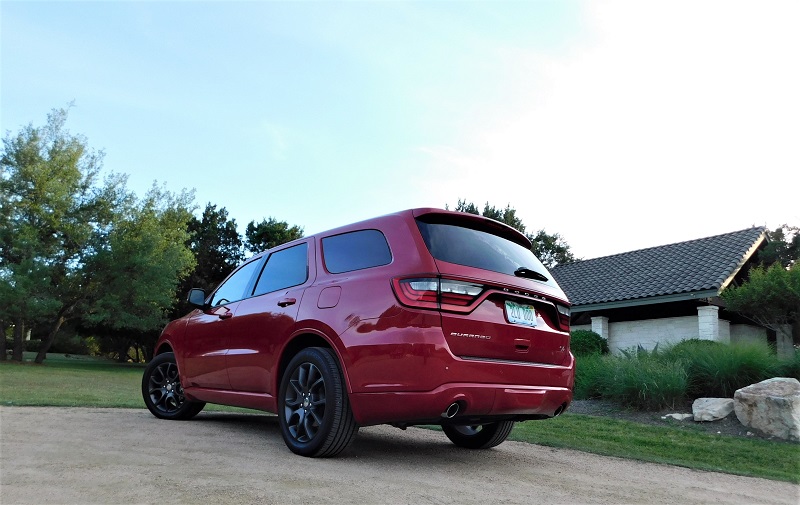 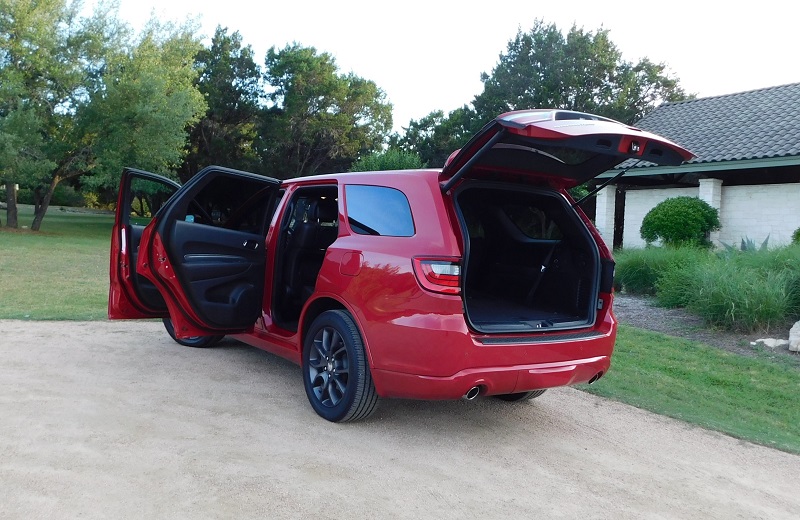 Though it’s not really necessary for swagger – you can add AWD for $5,045. 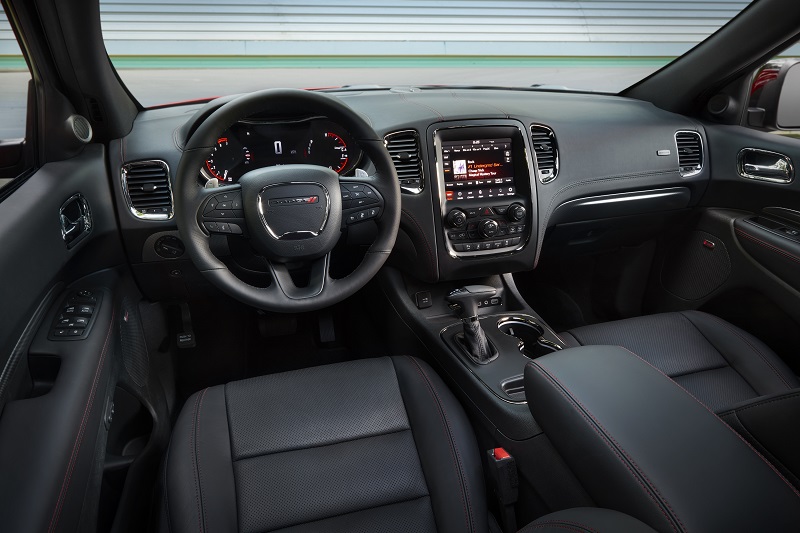 With SRT, the swagger is evident as it races 0-60 mph in 4.4 seconds and runs a National Hot Rod Association (NHRA)-certified quarter-mile in 12.9-second time.

When not racing, the SRT does normal stuff too, like hauling up to seven people and 1,600 pounds of their gear just about anywhere they want to go.  Yes, it tows too. Durango SRT can tow (best-in-class) 8,700 pounds of boat or trailer for fun when they get there.

Fair warning – you are going to pay about $20,000 more for SRT, but if this level of swagger is in your blood and in your paygrade, go for it. 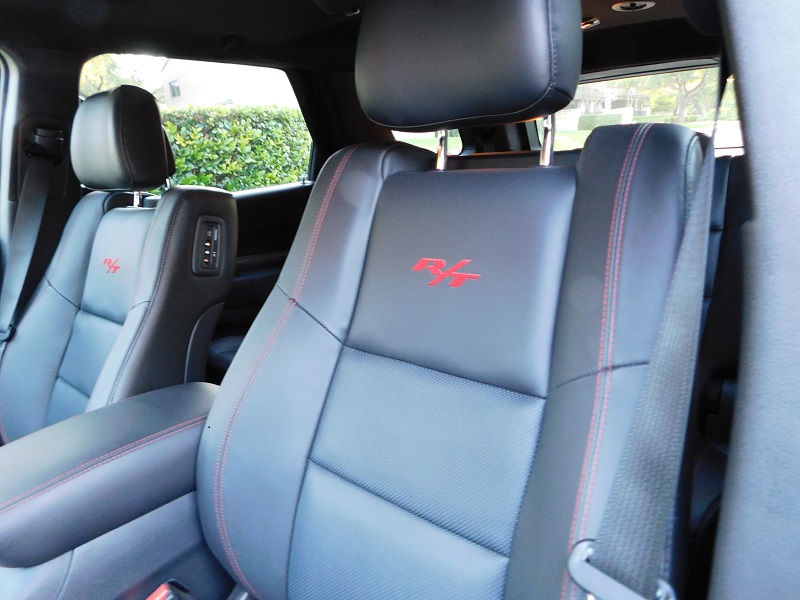 You can read our test drive of the 6.4L HEMI SRT here: http://ticket-1994427.inwheeltime.com/dear-santa-send-dodge-durango-srt-392-promise-good/

As for us, though we like to think we still have some measure of that SRT swagger left in us, the realism is the swagger-level of the 5.7L HEMI V8 Durango R/T RWD we just tested will suit us just fine. 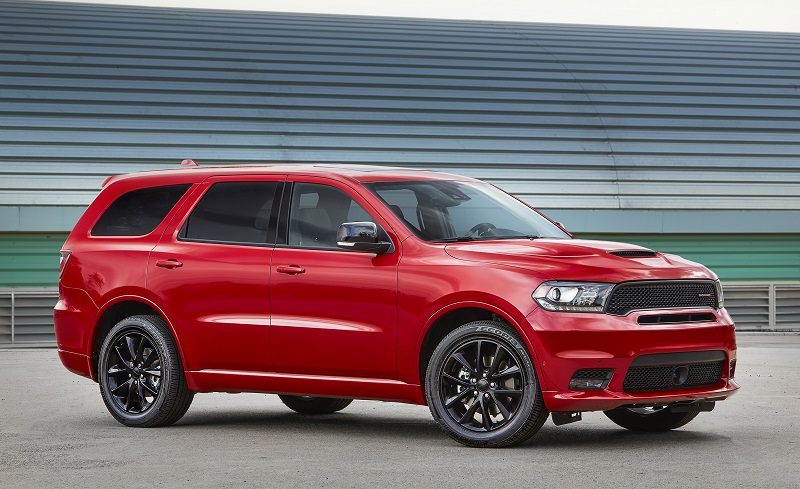 You can learn more about the 2018 Durango lineup including the very capable V6 models by visiting https://www.dodge.com/durango.html