Just a few months after launching the all-new Jeep Compass as a 2017 model, Jeep announces that – in 2018 – they will be adding a 4×2 drive train option to the top-of-the-line Limited model they originally launched as a 4×4 only.  Contained in a full-page release that spoke to the many attributes of the new Compass compact SUV, the brief 12-word announcement seemed almost inconsequential – except it isn’t. 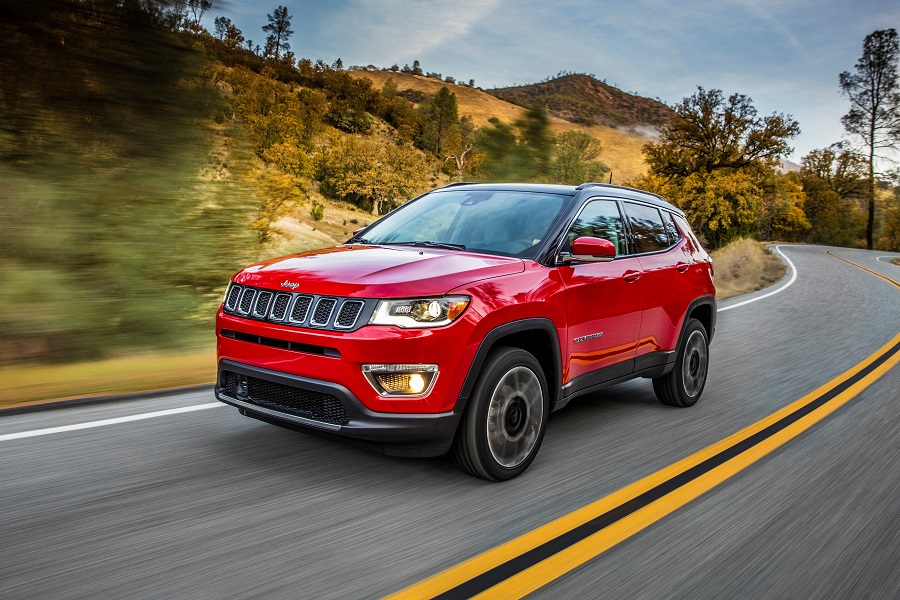 In fact, based on our multiple drive tests of the four Compass models and power/drivetrain combinations offered, we think it was absolutely necessary that Jeep add the 4×2 drive train as a choice for Limited buyers to quickly address consumer concerns about shifting problems with the new Compass in the 4×4 and FCA 9-speed automatic transmission configuration.

All models of the new Compass are powered by the capable 2.4L Tigershark MultiAir2 engine and mated to either a 6-speed manual, Aisin AT6 6-speed automatic or the highly touted FCA 9HP48 9-speed automatic transmissions.

The shifting problem is not new. When Jeep launched their all-new Cherokee in 2014 (continuing into the 2015 model) followed by the new Renegade in 2015, the power/drive train combination of 2.4L Tigershark engine, 9-speed automatic transmission and 4×4 drive train was fraught with shifting problems that plagued Jeep for a couple of years resulting in measurable numbers of unhappy customers. They eventually were able to correct the problem on those platforms. 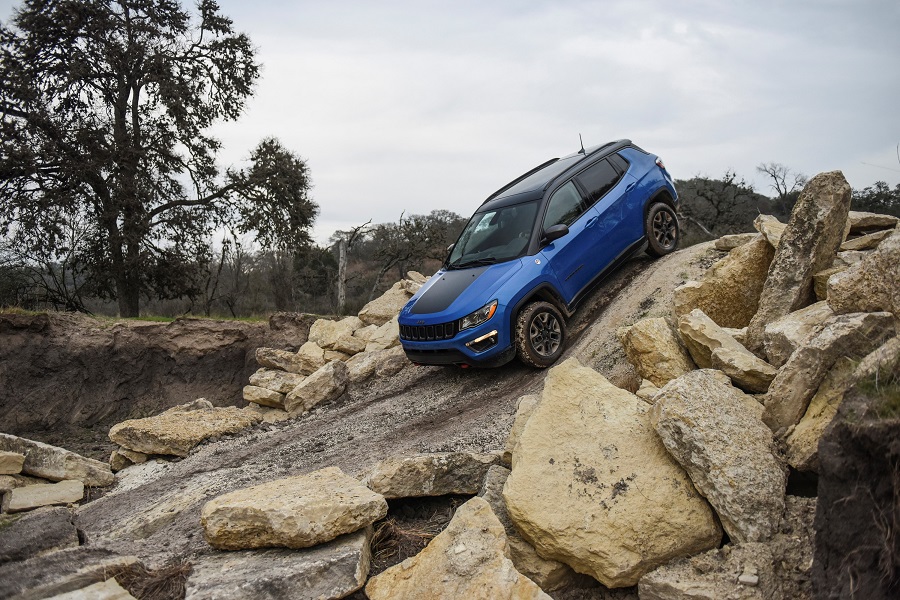 In deciding to offer only the 4×4 configuration in the two Compass top-of-the-line models (Limited and Trailhawk), Jeep was certainly not expecting the shifting problem to raise its head again in a new generation platform application of the Tigershark/9-speed/4×4 power/drive train combination.  But it has – confirmed by multiple media test drives (including ours) and consumer reports.

Our test drives show that the 4×4 shifting problems (struggling to select and engage appropriate gearing smoothly) occur across all Compass 4×4 configured models (optional on Sport and Latitude) and standard on high-end Limited and Trailhawk.  The problem is most often noted in ordinary around town or local highway driving – much less or not reported at all when driving off-road.  From our experience and reports from others, the problem does not appear on the Sport and Limited trims equipped with the standard 4×2 6-speed automatic transmission configuration. 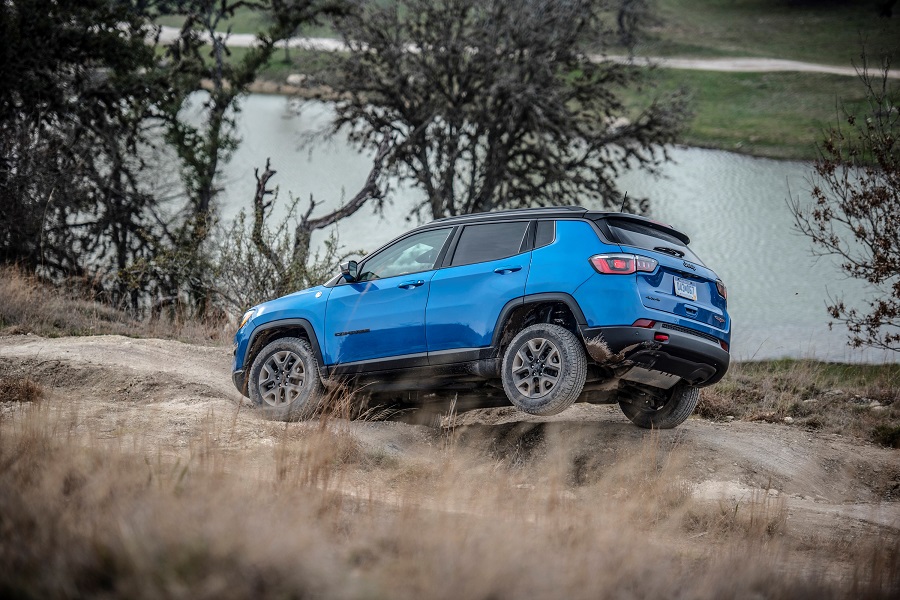 The two top trims – Limited and Trailhawk – of the new Compass, as 4×4’s, have an MSRP of about $29,000.  Fitted out with packages and options that most people will likely want for their purposes, the delivered price for each prices right around $35,000 which is pretty much the high end for the compact SUV segment.

When a customer is buying the Compass Trailhawk – the only Trail Rated model in the line – they are buying it primarily for its off-road adventuring capability.  Their focus is how well it aggressively handles multiple trail types, fords water, climbs and descends steep hills, makes short work of rock obstacles and runs ridges in the outback.

Smoothness of shifting – if even noticed – is not likely to be of concern especially when they consider that the Compass Trailhawk 4×4 gets them all of those attributes for well less money than a comparably equipped Jeep Wrangler Unlimited. 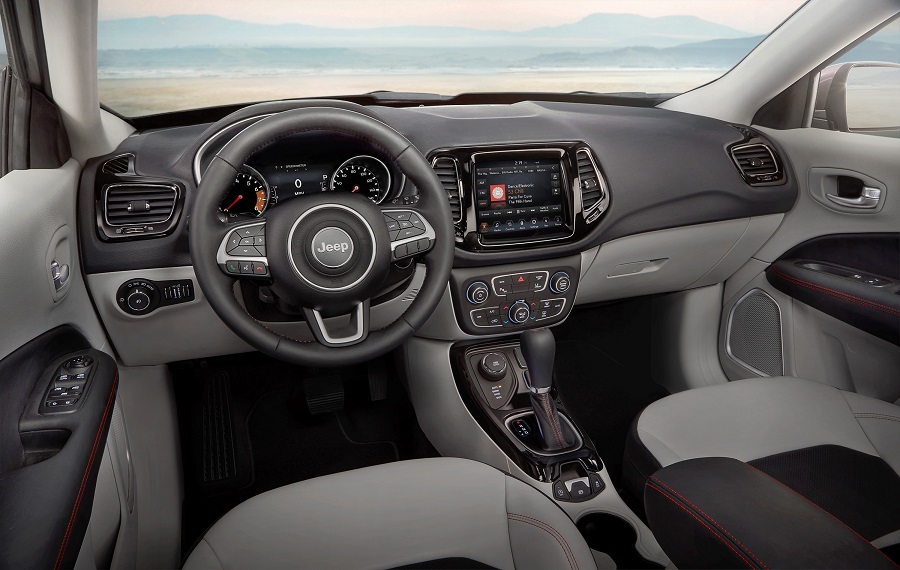 The Limited is a different story with its appeal to the more urban (dare we say less adventurous) customer. Not Trail Rated, it does not offer the robust off-road capability found in Trailhawk and (despite the 4×4 configuration) is essentially the urban version of the high-end Compass with premium convenience features and amenities.  Driven more regularly in city and local highway environments – positive and smooth shifting will be expected.

Jeep will tinker with the control systems of the 4×4 / 9-speed automatic power/drive train and likely resolve the shifting problem in Compass over some time period just like they did with Cherokee and Renegade before.  But, in the highly competitive compact SUV segment, they cannot afford to lose sales opportunity with the more urban high-end buyer.

Wisely, Jeep is stepping up and offering Compass Limited with the smoother and more efficient 4×2 and 6-speed automatic as an option to the 4×4.  Not only does it resolve the shifting concern immediately, but it also gets slightly better fuel economy and costs around a $1,000 less. 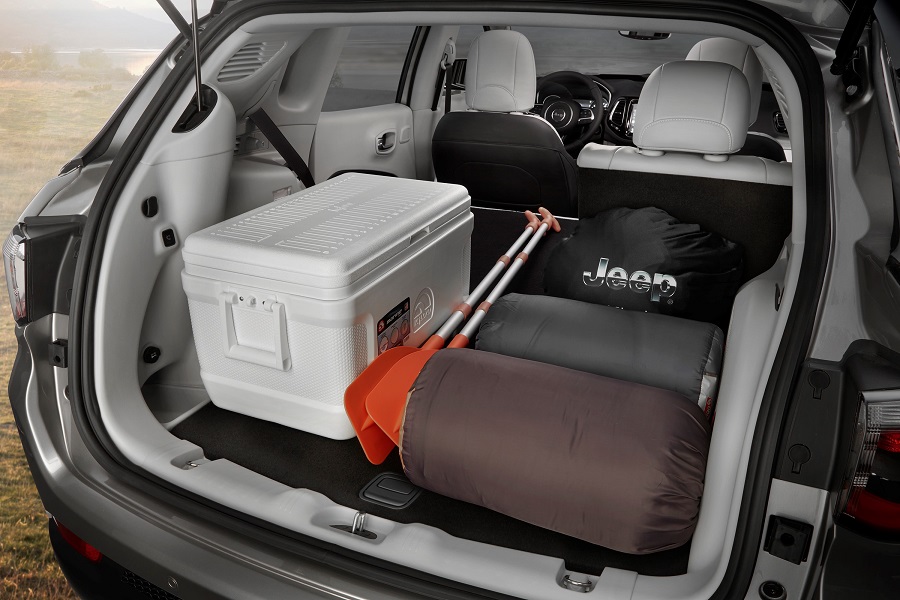 Click here https://www.jeep.com/2018/compass/html for more information about all models of the 2018 Jeep Compass compact SUV.