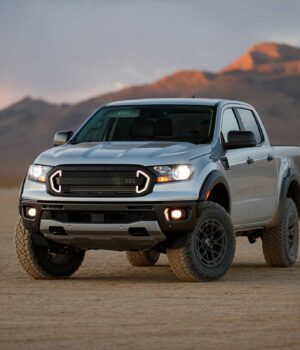 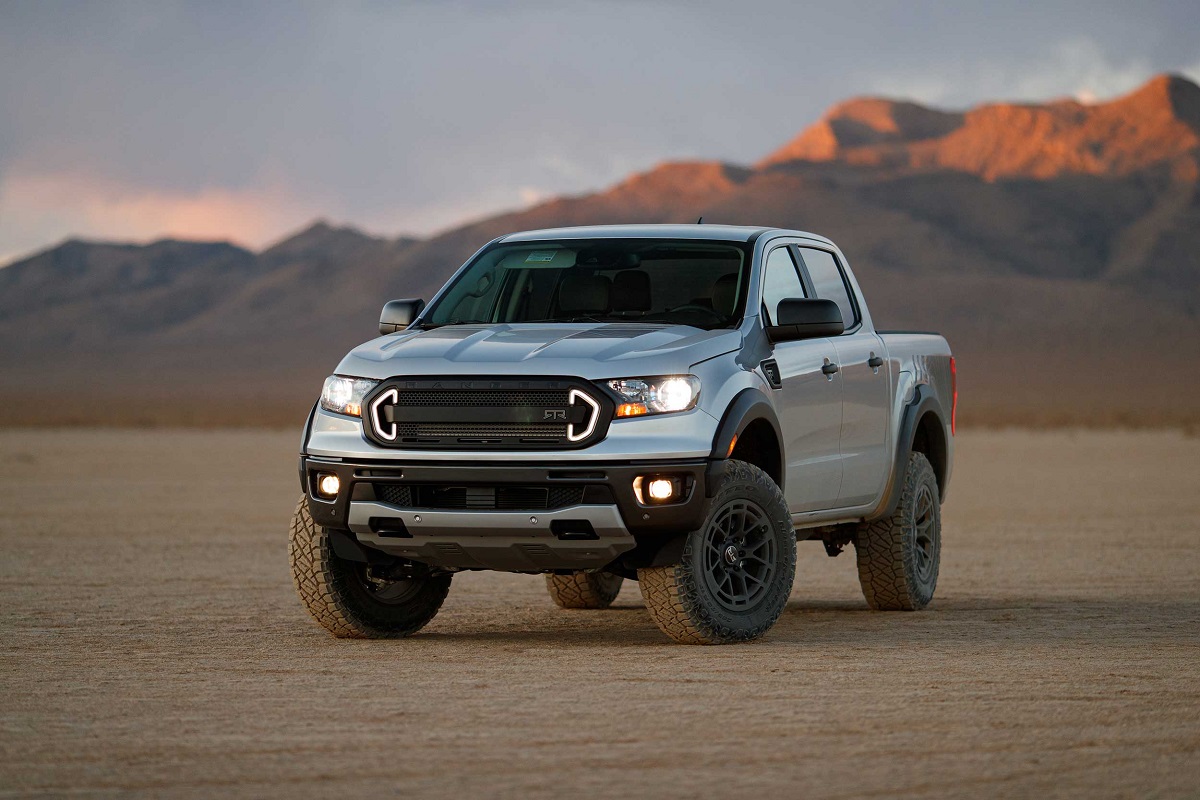 With the Ford Mustang RTR and F-150 RTR having solidified their place in the market, RTR Vehicles – a Ford authorized OEM+ performance vehicle supplier – is debuting their new 2020 Ford Ranger RTR.

Entering the mid-size truck market for the first time, the Ranger RTR represents all of RTR Vehicles’ learnings from the F-150 RTR into a smaller, nimbler, and capable off-road package.

The new Ranger RTR is able to be built on almost any Ranger trim level available through Ford and comes with RTR’s signature style and Tactical Performance Packages. 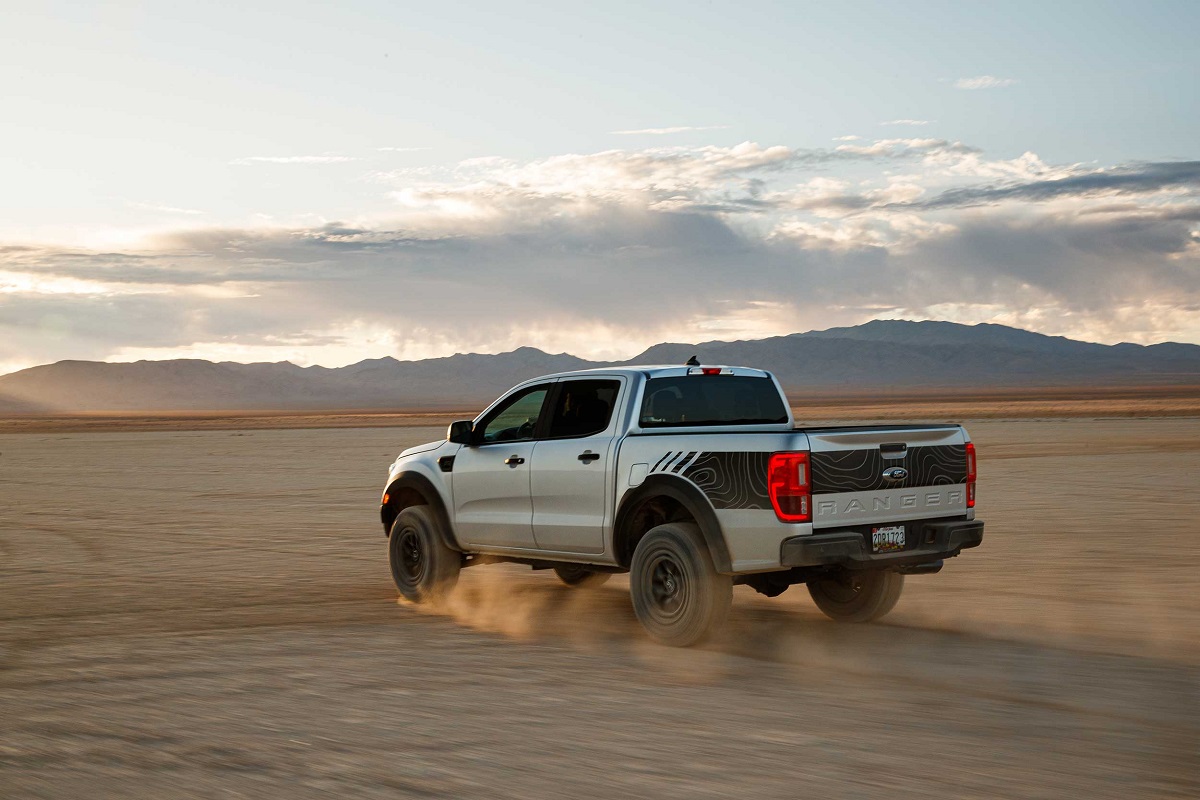 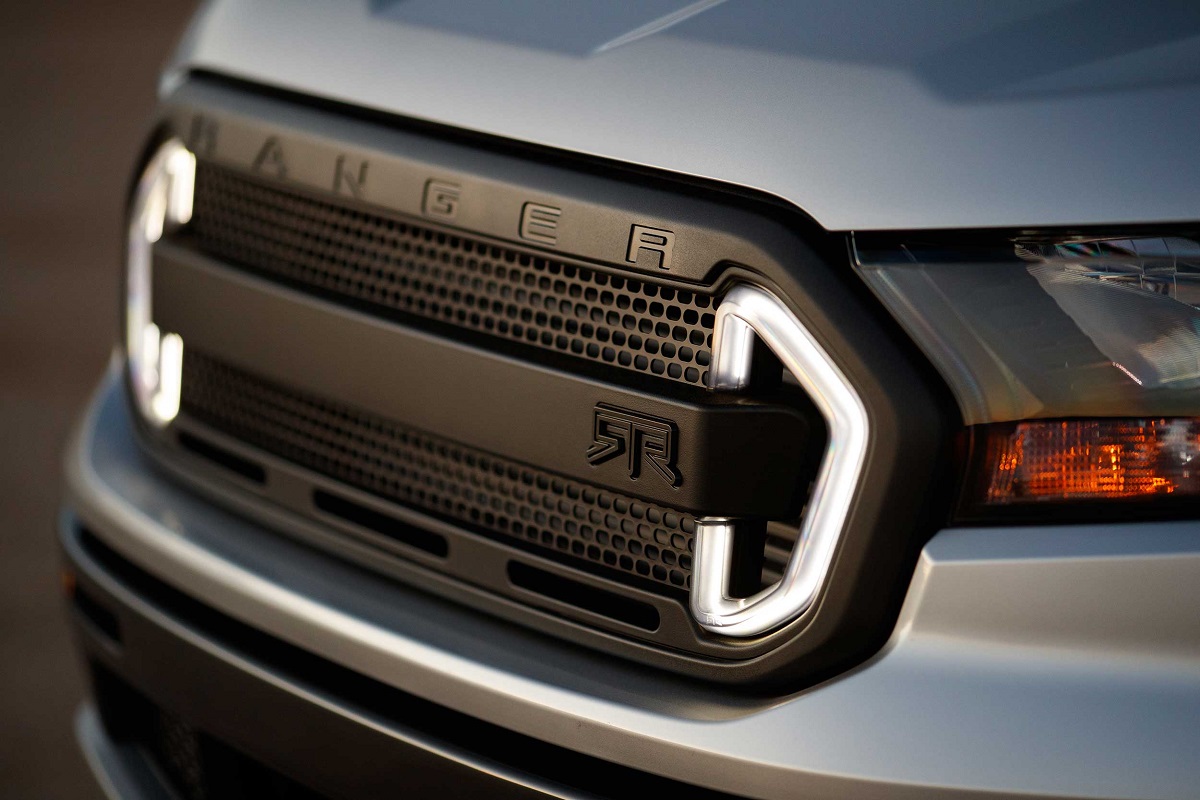 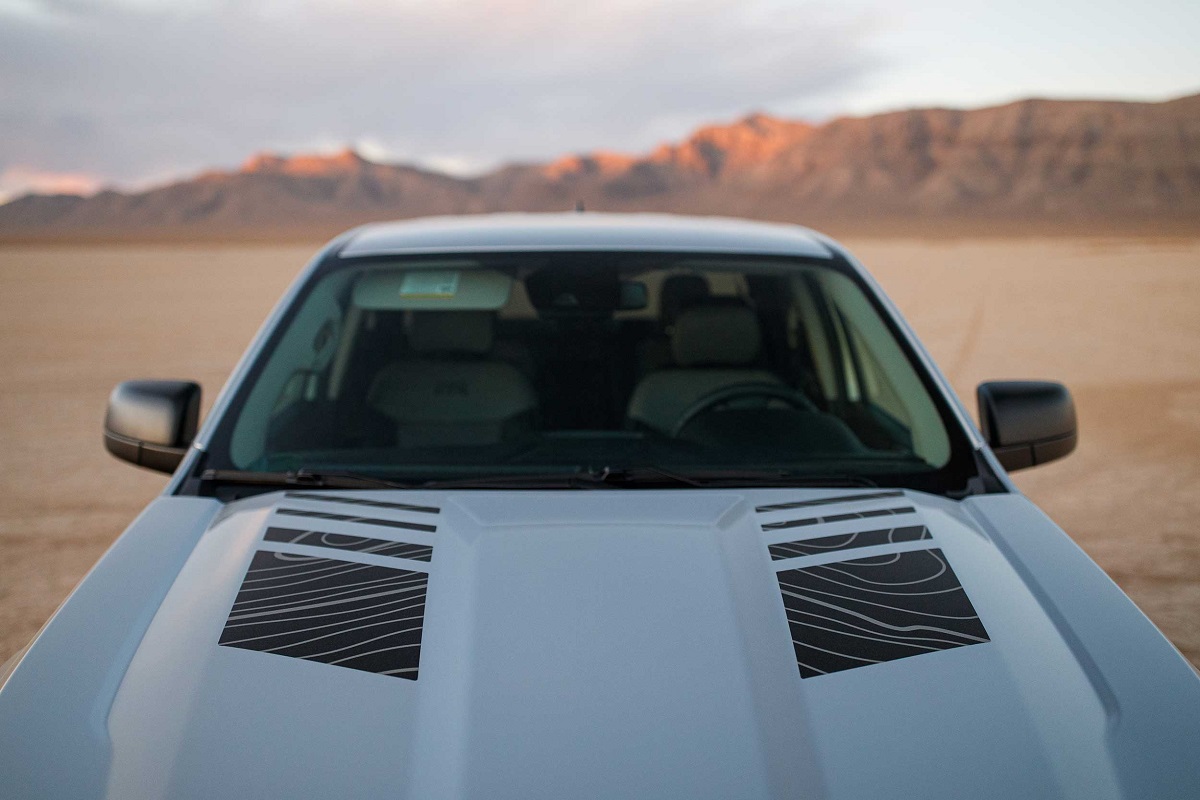 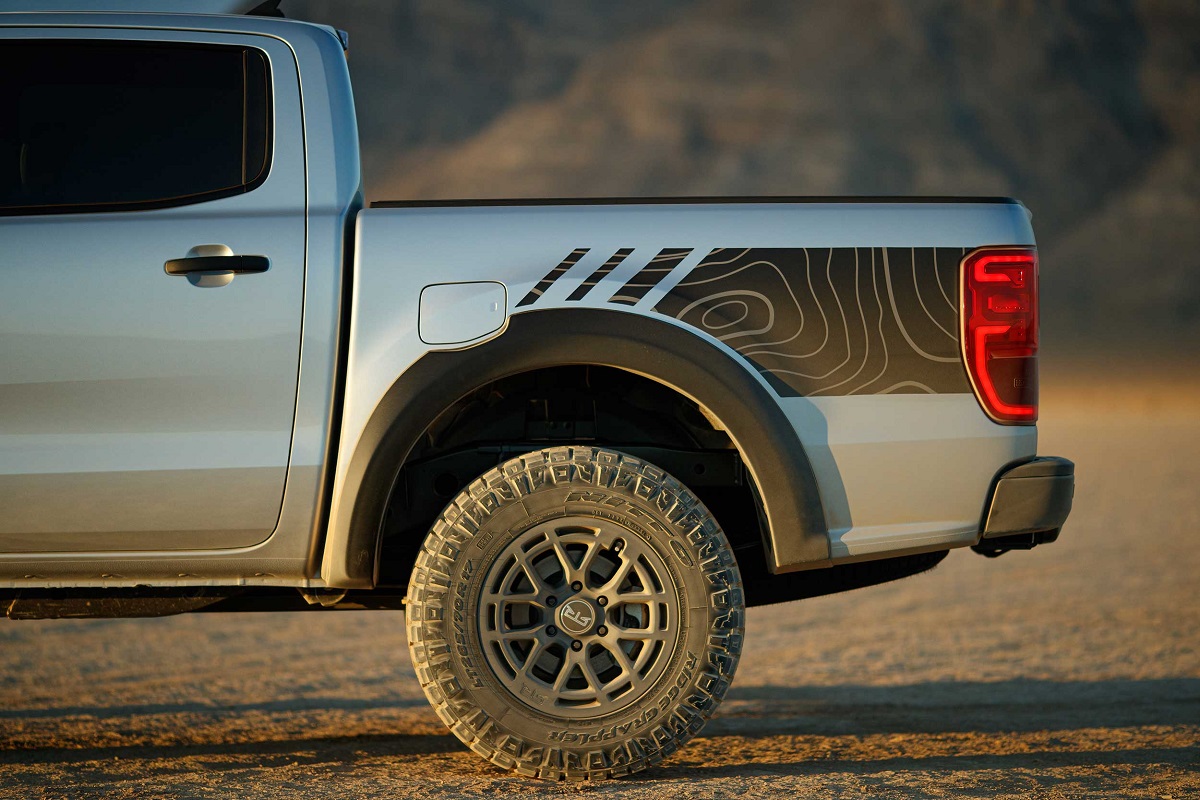 A Ford Performance cat-back exhaust rounds out the performance features of the Ranger RTR.

Available for All – Not for Everyone

“I’m really excited about bringing the RTR Vehicles style, attention to detail and performance enhancements to the new Ford Ranger,” said Vaughn Gittin Jr., RTR Vehicles President. Gittin continues, “being an off-road enthusiast and a lover of the great outdoors, I am in love with the way the Ford Ranger RTR can allow you to explore roads and lands less traveled. The smaller footprint of the Ranger RTR allows navigation on narrow canyons and the tight trails that you find off the grid. The Ranger RTR has the capability to traverse all terrains and looks great doing it! I especially love the RTR Graphics Package featuring our take on a topographic map. The goal with the Ranger RTR is to inspire our customers to step out of the boundaries, get off the road, enjoy the outdoors and do some exploring! As with every RTR Vehicle we produce, our goal I to offer a unique and fun owner and driving experience whether on-road or off.”

The RTR Ranger Package is available for purchase now.  The package is installed by the Ford dealer and is priced at $9,800.  It includes a host of interior, exterior and performance upgrades. 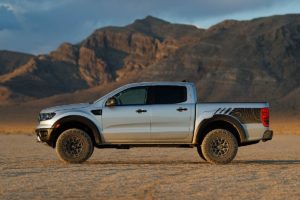 For package details and other pricing information, as well as locate an RTR Vehicles Ford dealer, please go to https://www.rtrvehicles.com/ 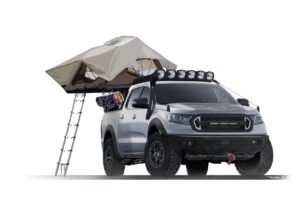 Upping the ante even further and dreaming up the ultimate expression of an exploration Ford Ranger, the RTR Rambler builds off a showroom (dealer) modified Ranger with the addition of overlanding treatments and further performance modifications to escape the urban-centered life for fun in the outdoors.

In addition to the standard RTR package elements, the Rambler includes a Ford Performance front winch bumper, Yakima rooftop tent, snowboard racks, built-in refrigerator and more – allowing the RTR Rambler to become the ultimate support vehicle for owners to enjoy the great outdoors and taking adventuring to the next level.

Already competing in a Ford Mustang – working very hard to make his way forward in motorsport while still holding down a full-time job during the week, Vaughn had noticed a special camaraderie in the Mustang community.

As soon as his first Mustang race car had been built in 2006, Vaughn realized he was a part of a special group. An entire car culture existed inside the Mustang community, and he was right in the middle of it.

Vaughn was wondering why so many people didn’t see what he saw. The Ford Mustang was a fantastic car. But the general car culture then was much more focused toward the import scene and import cars.

Although the Ford Mustang was great, the styling options available at that time for those who wanted a more personalized touch were a dated.

That’s when the idea struck Vaughn. Do a modern take on the iconic vehicle.  It was time to offer something different to the Mustang community. A blend of American Muscle and European inspired styling. Aggressive but stylish. Subtle but provoking emotion.

The RTR vision was born.

In 2009 the very first Mustang RTR was released. The following year in early 2010, an official alignment between Vaughn and Ford Motor Company was created, pushing RTR beyond a traditional aftermarket company and into availability within approved Ford Dealerships.

From that beginning, the world has been learning who RTR is.  An OEM+ performance vehicles company – for a very specific group of car and truck owners who want a little more.

Nearly a decade later, a group of very passionate and talented people at RTR continue to design and deliver RTR vehicles to select Ford Dealerships around the world.

Those RTR vehicles come with full OEM warranty and financing options, and are manufactured to the highest OEM standards.

Gittin says – at RTR – they live by the phrase “Available to All, Not for Everyone” and mean it.

The team at RTR have been designing and building very special cars, for very special people, for almost ten years. RTR knows everyone is not meant to be an RTR owner – and that’s the whole point.

RTR people and owners are full of passion, and want to feel the excitement when they see or drive a great vehicle. The RTR mission is to help others feel that excitement through an RTR vehicle ownership experience.

Other Vehicles from RTR 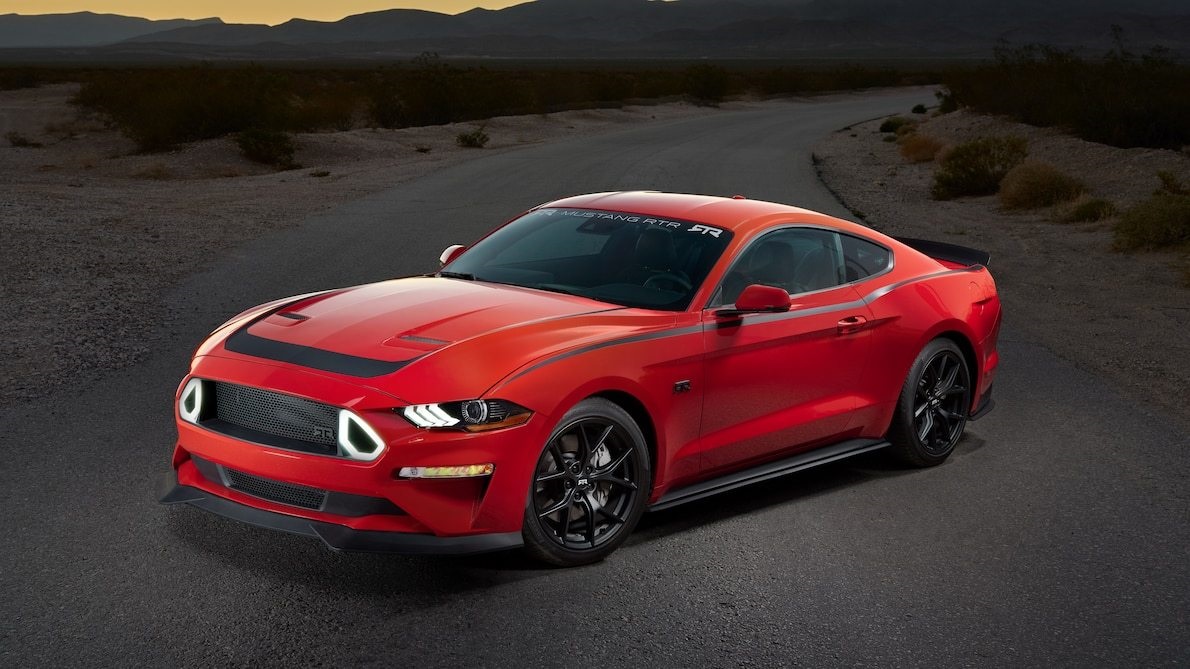 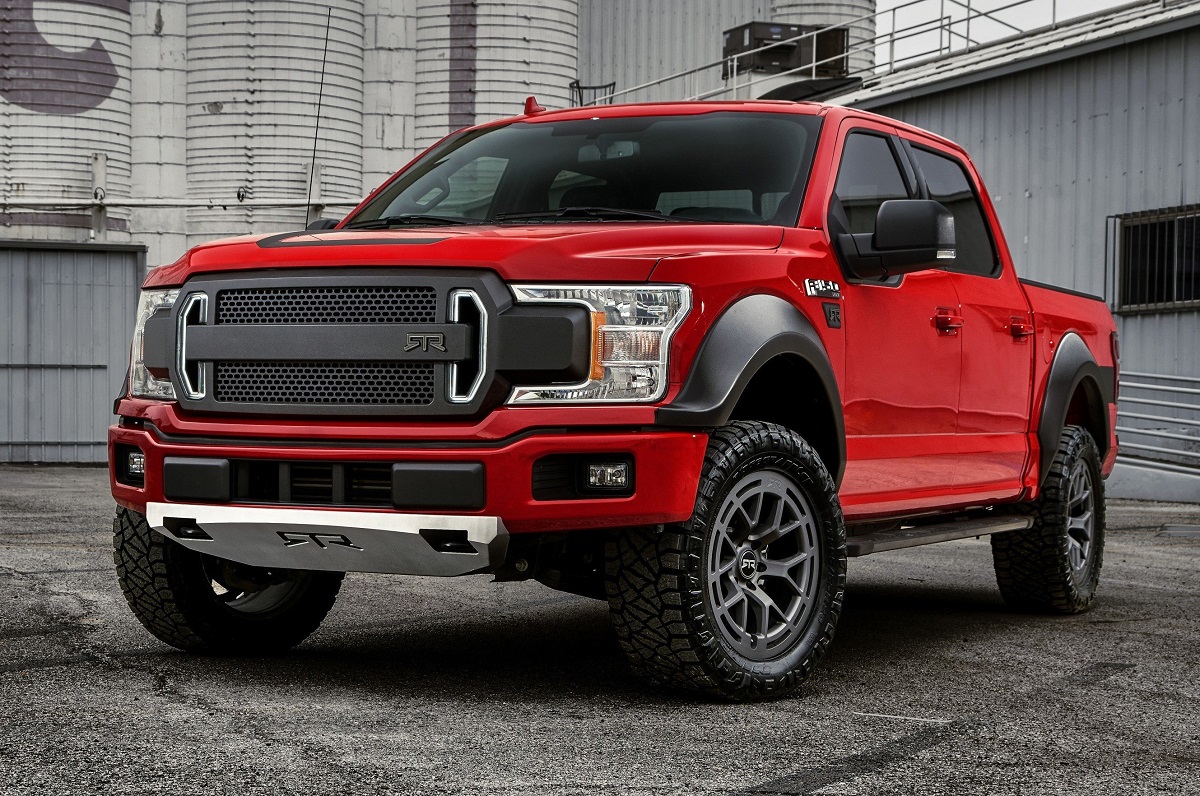