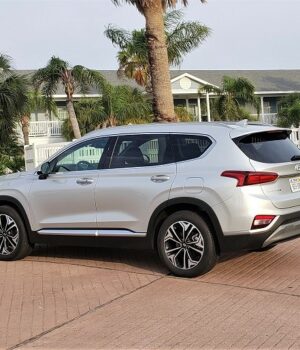 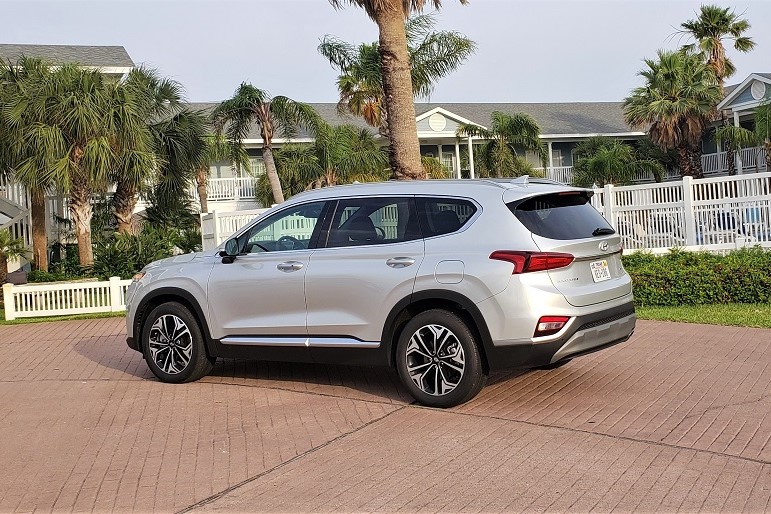 The Hyundai Santa Fe is new for 2019 with bolder design, wider stance, longer body, larger spaces and new or improved amenities and convenience features throughout their fourth generation five-passenger SUV.

Our partner had attended the introduction of the 2019 Santa Fe several months ago and, on her return, raved about how much improved it was – both standing still and moving down the highway.  We put it on our list to test as soon as one was available.

Turns out, ‘as always’, my partner was right. 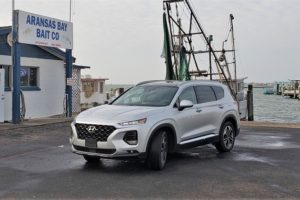 Earlier this Spring, Hyundai loaned us a top-trim-level Ultimate to road-trip from Lake Travis to Rockport Fulton on the Gulf. Our purpose – in addition to a real-world test of the new Santa Fe – was to attend their annual ‘Spring Fling’ get-together that showcases the area as a premier recreation destination along the Coastal Bend of Texas.  More about that later. 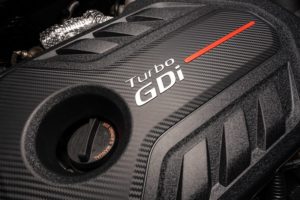 erything we wanted and then some.  Starting with the awesome 2.0T turbo delivering 235 horsepower with 260 lb.-ft. of torque and mated to a brand new 8 speed automatic with Shiftronic, downshift rev-matching and Smart Cruise Control – this baby flew down the highway.

Equipped with their HTRAC AWD Select drive system featuring SMART, COMFORT and SPORT modes and running on 19-inch alloy wheels mounted with 235/55R19 All-Season tires – this Santa Fe owned the roads between here and there

The fuel economy for the turbo is rated 19/24 mpg city/highway and 21 combined.  Pedal down and running hard (drive mode COMFORT going down and SMART coming back) we recorded a whopping 23.9 mpg including three-days of Coastal Bend area driving.

Of special note was the LED lighting which turn night into day along the coastal highways, the extended driver and passenger seat cushions for extra thigh support on a long drive and the 12-speaker 630-watt Infinity Premium Audio system with Clari-Fi supported by Smart Speed-Dependent Volume Control for uninterrupted audio enjoyment. 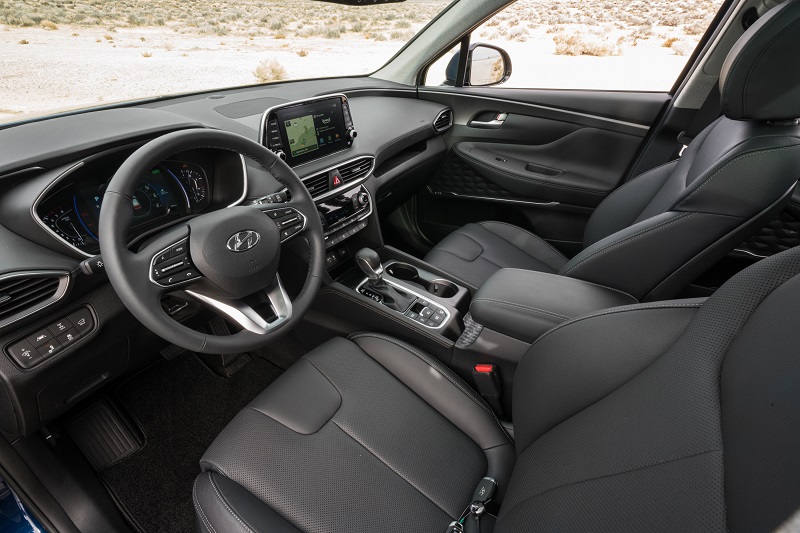 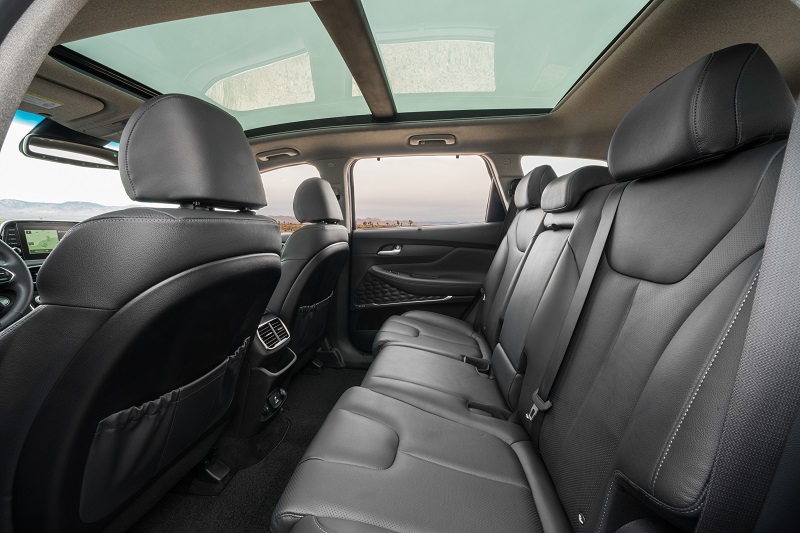 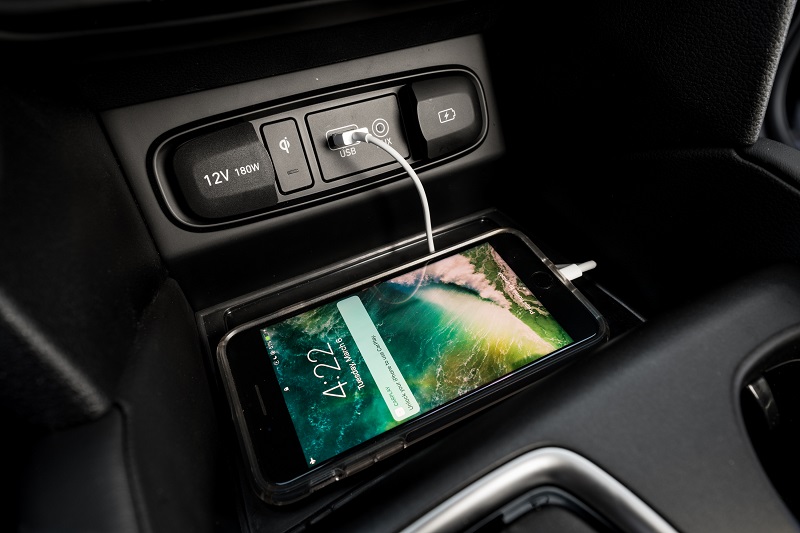 We noted right off that the 8-inch audio/NAV system screen is now angled and tilted slightly to the driver to avoid glare and making it easier to manage for the driver.  Key elements included SiriusXM and HD Radio, Apple CarPlay and Android Auto compatibility, Bluetooth handsfree system, Qi wireless smartphone charging, the Hyundai Blue Link Connected Car system and more. 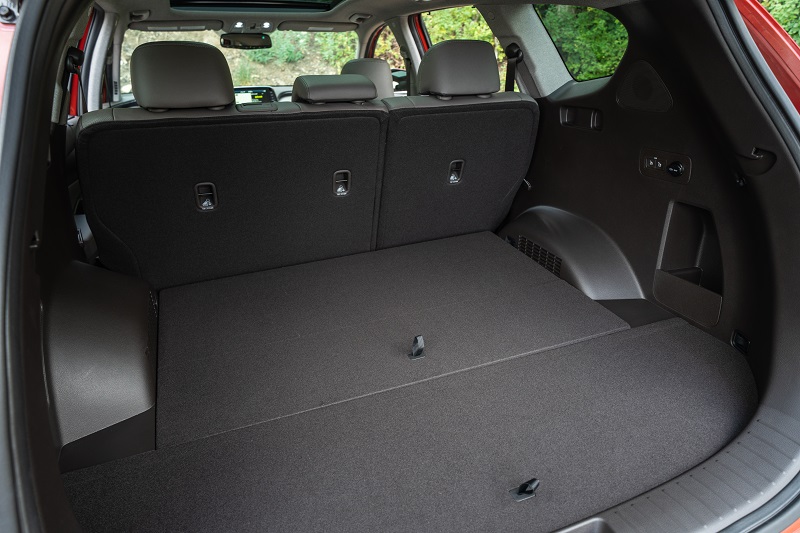 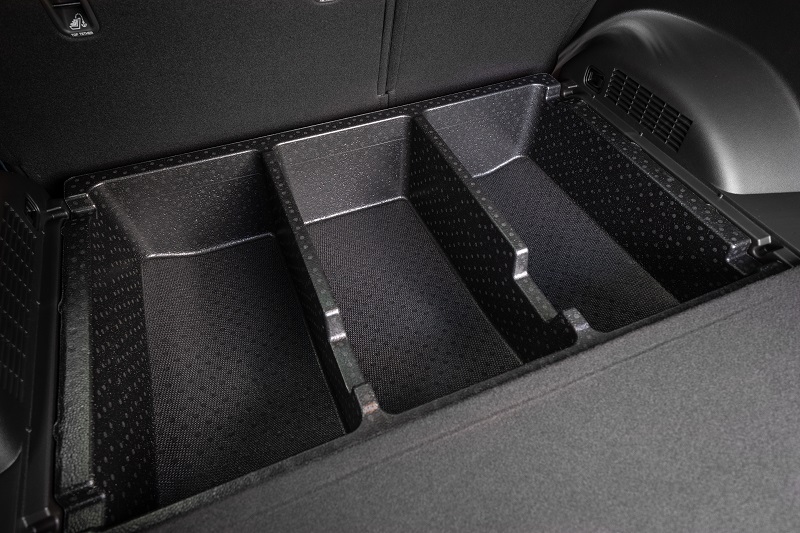 The two-row Santa Fe for 2019 comes in five trim levels SE, SEL, SEL Plus, Limited and Ultimate.  Prices begin at MSRP $24,500 for a Front Wheel Drive version equipped with the 2.4L naturally aspirated powerplant and 8-speed automatic with downshift rev-matching 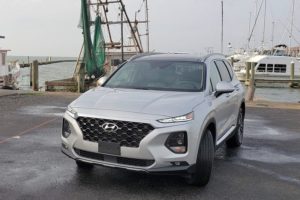 Hyundai’s HTRAC AWD system is available on all trim levels for an additional $1,700.

The 2.0T Twin Scroll Turbocharged engine (upcharge $2,900) is available on the top-of-the-line Limited and Ultimate trims.

You can build a 2019 Hyundai Santa Fe at a trim level that fits your needs by going here:  https://www.hyundaiusa.com/santa-fe/index.aspx

If you need a three-row for seven-passengers, check out the 2019 Santa Fe XL here:  https://www.hyundaiusa.com/santa-fe-xl/index.aspx 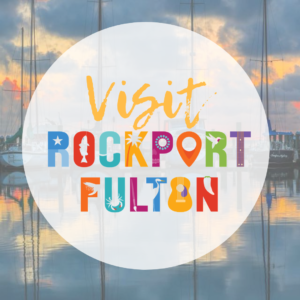 Rockport-Fulton and Aransas County – a favorite coastal destination – were “ground zero’ for Hurricane Harvey in August of 2017.  The area took a direct hit from the eyewall of the Category 4 hurricane (winds 130-156 mph) – leaving devastation that was incomprehensible.

Directly experiencing the first hurricane to hit the mid-coastal area since 1970 (no hurricane as intense since Carla in 1961), this community showed grit and tenacity of the highest order in rebounding.

The Rockport-Fulton community did not wait for help.  They marshaled their resources and began a massive effort to rebuild and return their area to being a favorite Coastal Bend recreation destination.

We can tell you they have done that, but we will let USA Today tell you instead.

USA Today, earlier this year, named Rockport-Fulton to their Top-Ten list of favorite Coastal Small Towns.  In fact, they finished second in the balloting to Sandusky, Ohio. We’ve been there, Rockport-Fulton wins in our book, hands down. 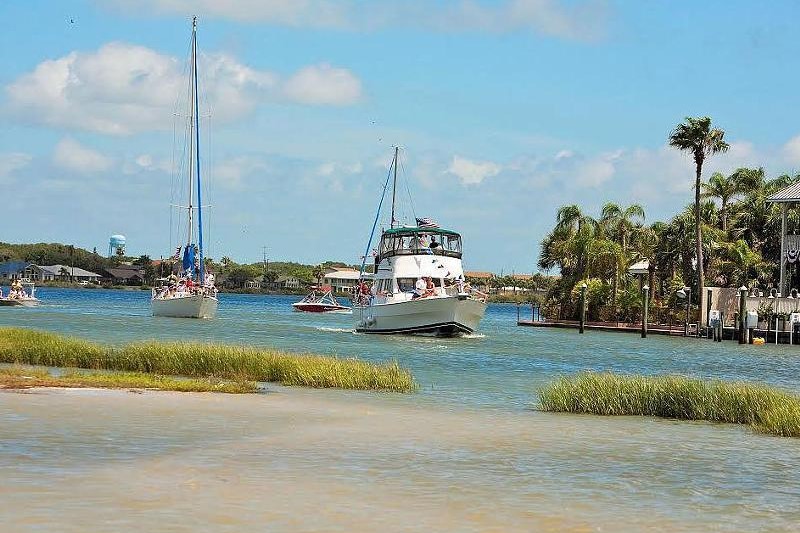 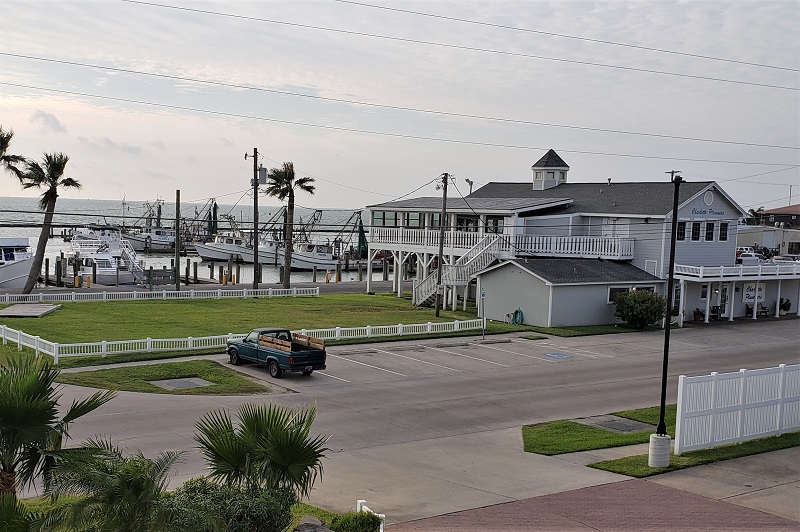 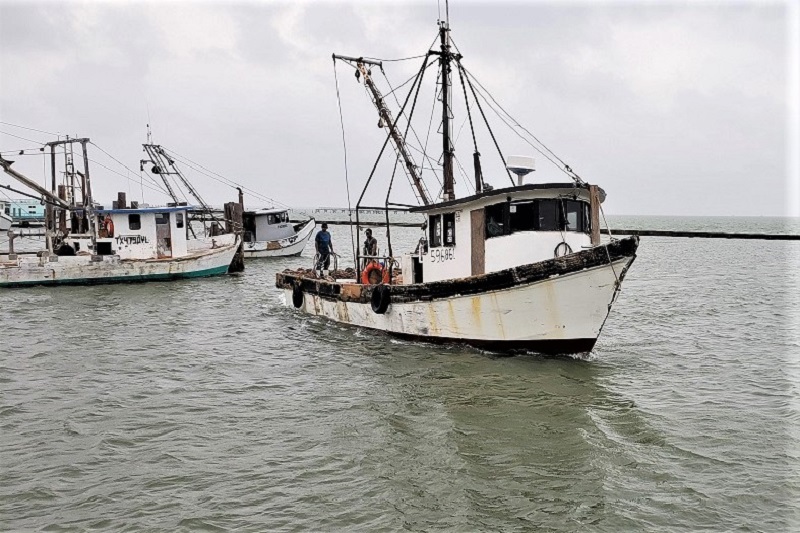 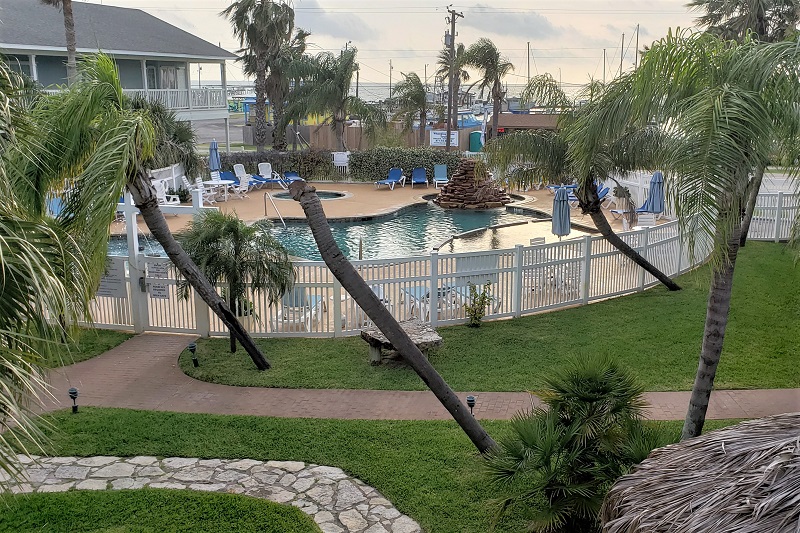 Plan to visit Rockport-Fulton and experience the Gulf at its best.  Taking that trip in a 2019 Hyundai Santa Fe will make it even better.