Bronco ‘Showtime’ is Monday nite – are you ready? 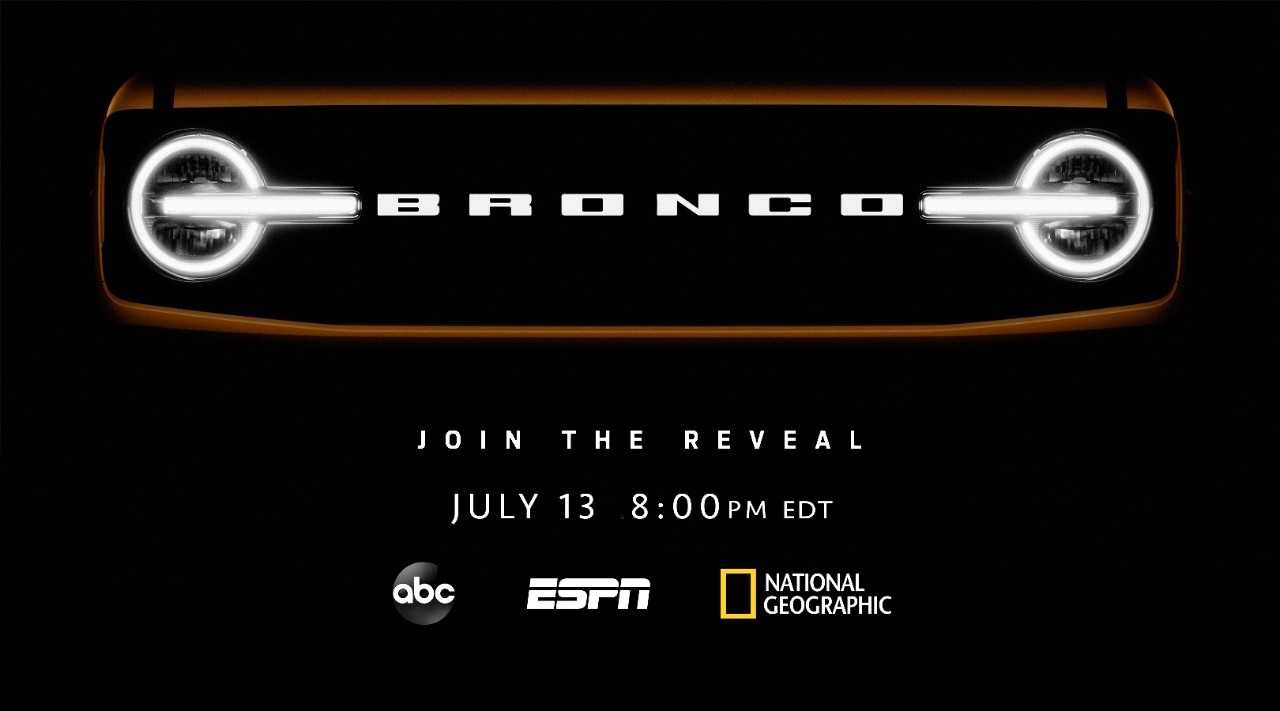 Bronco Reveal on Disney Monday – Where to Watch

As we have been sharing with you, Ford will reveal the all-new Ford Bronco 4×4 family on Monday, July 13 across Disney’s Media Networks.  In addition to the new Bronco SUV lineup, the brand family includes a community of owner groups, professional driving school programs and events and even merchandise from Amazon.

“Ford Bronco is an icon that has captured people’s imaginations and inspired them to explore the most remote corners of America and the world since the 1960s,” said Jim Farley, Ford’s chief operating officer. “As a new era for Bronco begins, we’re proud to tap the strengths of epic adventurers like Jimmy Chin and Disney storytellers to help bring Bronco to life and inspire millions of people to get out into the wild.”

Ford initially planned to reveal its all-new Bronco 4×4 SUV lineup in June at the revamped, outdoor-inspired North American International Auto Show in Detroit. After the coronavirus pandemic prompted auto show organizers to cancel the show for 2020, the Ford team reconceived the reveal strategy, aiming to pull in an even broader audience for its hotly anticipated Bronco debut.

Each film will air on the respective networks on Monday, July 13, during the first commercial break in the 8:00 p.m. ET hour. All three films will be available to viewers on Hulu starting Tuesday, July 14.

“At Disney, we take pride in creating culture and leveraging our unrivaled portfolio of brands to authentically and creatively tell stories during meaningful moments,” said Rita Ferro, president, Disney Advertising Sales. “With Ford, we’re reimagining what a product reveal can look like by drawing upon our best-in-class sports, entertainment and streaming brands to bring the new Bronco family to life in a way that honors its heritage and gives viewers an unforgettable experience.”

·        NOTE – Ford Channel will also include additional details on the performance strengths of each new Bronco model. 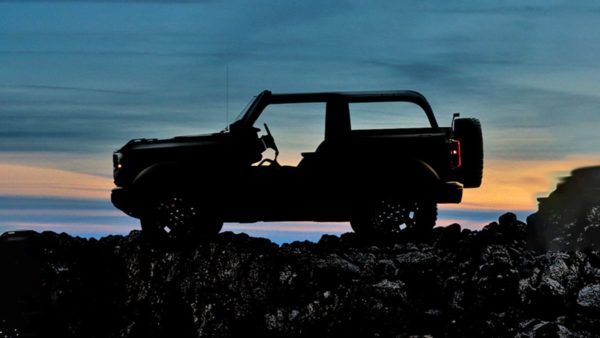 Countdown to the Reveal

Repeating – the Bronco Reveal is Monday, July 13 at 8:00 p.m. EDT.  You can find it on Disney network channels National Geographic, ESPN, ABC plus Ford Channels as detailed above.

You can  follow the countdown to the reveal on Instagram @FordBronco or on the web at Ford.com/Bronco where you can register for updates also.

Reserve your own Bronco

Remember, if the new Bronco appeals to you and you want to consider getting one, spend the $100 (refundable) and reserve one.  The reservation site at – ford.com – opens at 8:00 p.m.

Ford BRONCO is back – this time bringing a family

Not just a Bronco, but a whole adventure community is coming