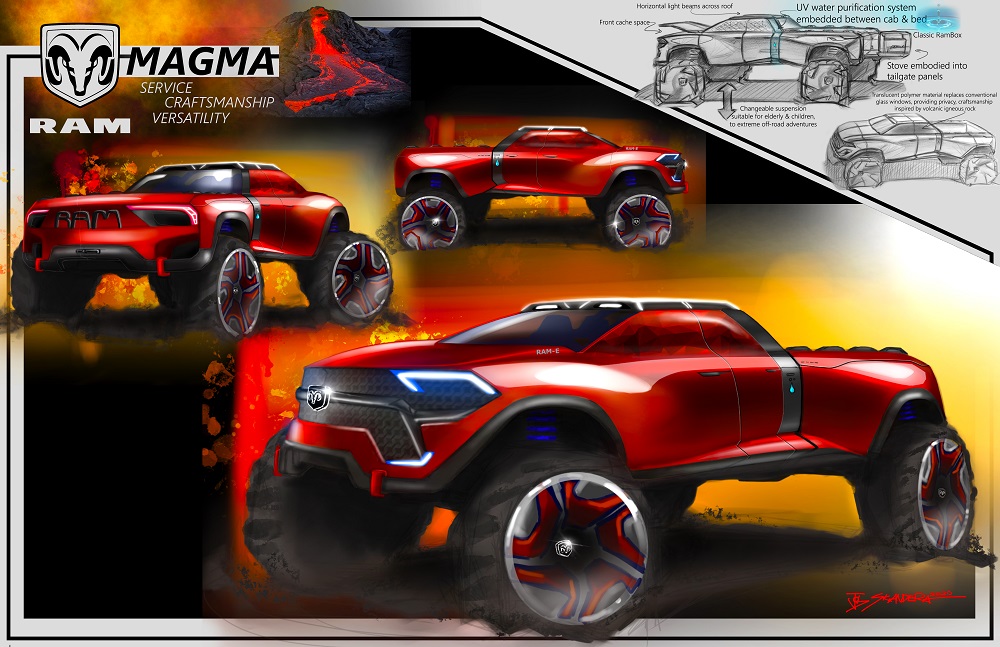 Students from California and Michigan have taken the top spots in the 2020  FCA Drive for Design contest.  This year’s 10-week competition asked students to sketch a Ram truck of the future.

Entries submitted from high school students in grades 10-12 from across the country were reviewed virtually by FCA’s automotive design team and special guest judge Josh Welton. 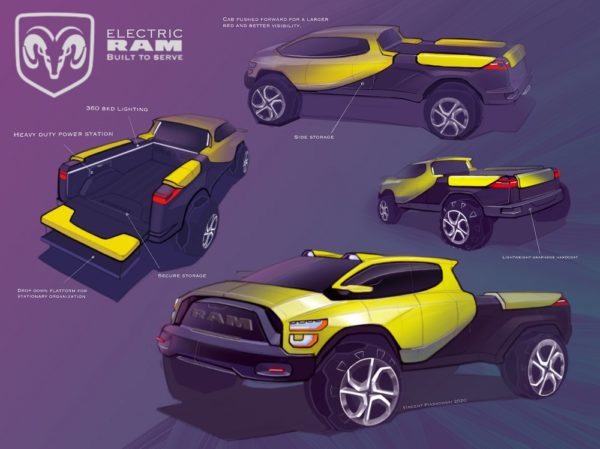 The three student winners of the 2020 Drive for Design competition are: 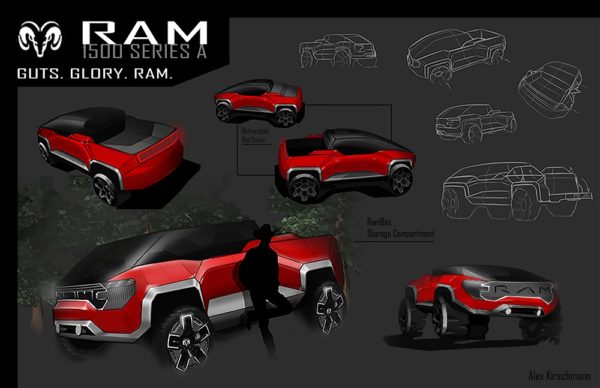 Highlighting the interest of young persons in automotive design careers was Vincent Piaskowski.  He is a second-time winner in the Drive for Design Competition.  The 2019 competition asked each entrant to design the ultimate status vehicle from any of the FCA brands.  His rendition of a Maserati was awarded third-place. 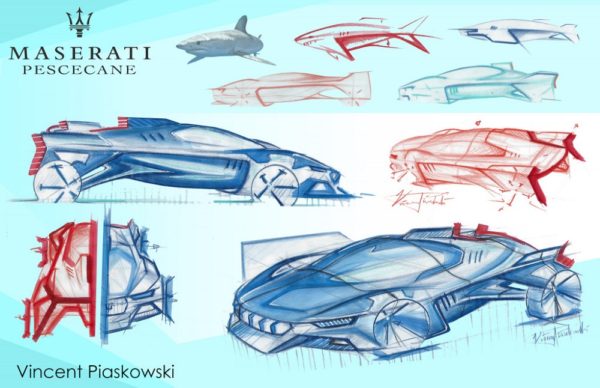 Future of Automotive Design is Bright

Judges were particularly encouraged by the quality of the entries from all entrants.

“All of the entries were impressive, the work was very focused with a notable attention to detail, as well as their thought process – these are characteristics we look for when we go to hire designers to work for FCA,” said Mark Trostle, Head of Ram Truck and Mopar Exterior Design for FCA – North America.

Trostle added, “Automotive design is a growing field and often overlooked by parents and students, our goal is to inspire and change that perspective. There are many career paths available within automotive design where young designers will have the opportunity to create some of the most exciting and technologically advanced products on the road today, as well as create what’s possible for the future.”

Trostle knows firsthand what it’s like to be given an opportunity to excel in this field. In 2013, he introduced Drive for Design, which is based on a contest he won as a high school student. He credits that experience as something that led him to his current professional role, heading the design efforts for some of the most desired vehicles on the road.

Today, he’s passing the torch to three promising automotive designers.  “As the field of automotive design grows, it’s vital that we increase awareness and educate students and parents about the career opportunities available.”

Guest Judge Josh Welton was particularly impressed with the quality of entries. He noted, “I’m a truck guy, so I was especially stoked to see what this year’s competitors would bring to the table. They did not disappoint! The three winners each showed off sky high potential in technical skill and imagination without sacrificing what makes a Ram a Ram: functionality.”

Due to recent circumstances, awards for the annual contest that had included participation were changed to include a more hands-on experience that will include virtual networking and design sketching demonstrations with members of the FCA design team along with electronic creative tools of the trade:

About FCA Drive for Design
Launched in 2013, the FCA Product Design Office created its Drive for Design contest as an innovative way to educate young artists about careers in automotive design.

Starting locally in Detroit, FCA Drive for Design has grown to become a national contest that awards talented students with prizes and unique opportunities to further develop their design skills.