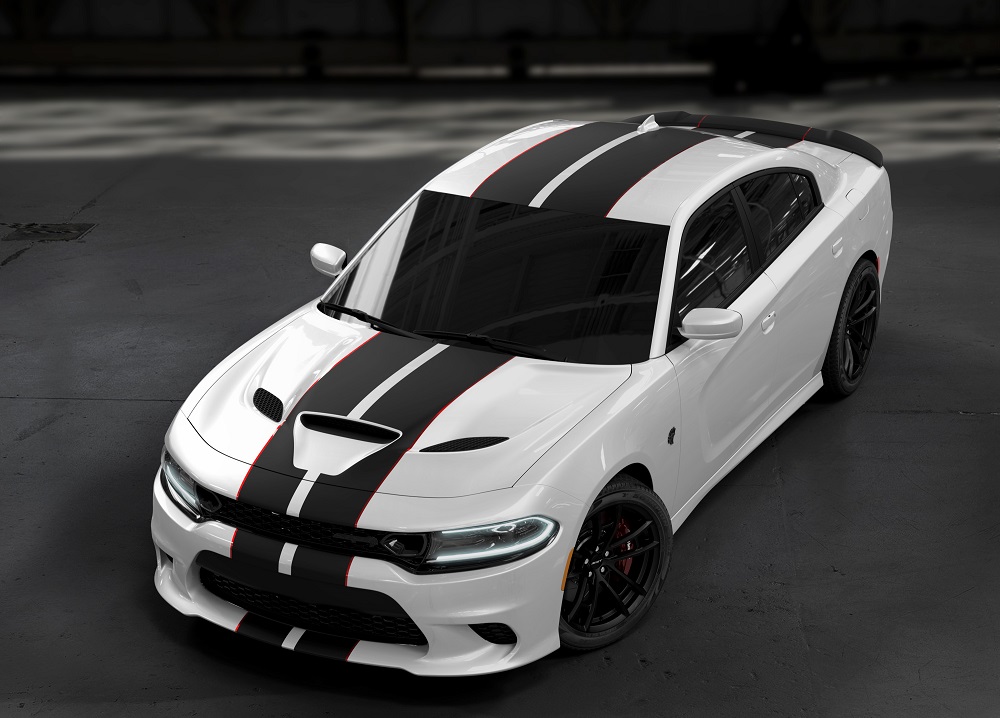 Horsepower is more than just performance at Dodge.  It is also the currency multiplier for a wildly successful consumer purchase incentive program.

Dodge brand, offering the ‘baddest’ muscle cars and SUV’s available in America, continues their ‘Dodge Power Dollars’ incentive program through the end of the year.

Launched in August of this year, the unique program was designed to make the Dodge unrivaled horsepower performance more attainable than ever before in Challenger, Charger and Durango.

Dodge brand is all about performance and performance begins with their unchallenged horsepower. Measuring sales using a horsepower metric is a bit unusual but absolutely dead on when it comes to the Dodge Challenger, Charger and Durango.

Simply, when Dodge performance vehicle are more often referred to by words like Hellcat, Hellcat Redeye, Scat Pack, SRT and R/T – that denote horsepower – then Dodge understood horsepower to be the currency multiplier that motivates the buyer. As we said – dead on.

Referencing the horsepower driven incentive metric, Dodge launched the program noting they had delivered over 485 million horsepower of Challenger, Charger and Durango vehicles to customers since the reintroduction of the Challenger and Charger models.

The original goal for the Dodge Power Dollars program was to exceed 500 million horsepower by end of 2019. Dodge customer response exceeded expectations.  As the factory order portion of the program ended in October, Dodge announced that they had ‘blown’ through the 500 million horsepower goal two months ahead of plan.

“Dodge Power Dollars has more than exceeded our expectations, giving a huge boost to Dodge performance across the country and helping us reach our goal of putting a half billion horsepower into the hands of our loyal enthusiast by the end of the year,” said Tim Kuniskis, Global Head of Alfa Romeo and Head of Passenger Cars – Dodge, SRT, Chrysler and FIAT, FCA – North America. “These Dodge muscle cars are attracting a new generation of shoppers who are drawn to the performance, attitude and personality of the Dodge brand – a brand that continues to differentiate itself within the car segment. This is the golden age of muscle cars.”

If the Dodge big muscle horsepower is not your choice and you want a Challenger, Charger or Durango – you can still take advantage of the Dodge Power Dollars program.

The charts below show that this program applies to all trim levels and engine (horsepower) choices in each model’s line.  For example, the 2019 Durango SXT (MSRP $30,445) powered by a 293 horsepower V6 will have a cash allowance of $2,930.

For additional details and best selection, see your local dealer right away.

Remember to, not only check inventory on the lot, but also vehicles in transit or ordered, but not yet shipped, from the factory.

For more than 100 years, the Dodge brand has carried on the spirit of brothers John and Horace Dodge. Their influence continues today as Dodge proudly offers a complete lineup of performance vehicles that stand out in their own segments.

For 2020, Dodge literally expands its high-performance Charger model lineup, adding a Widebody exterior to America’s only four-door muscle car. The 2020 Dodge Charger SRT Hellcat maintains its reign as the most powerful and fastest mass-produced sedan in the world.