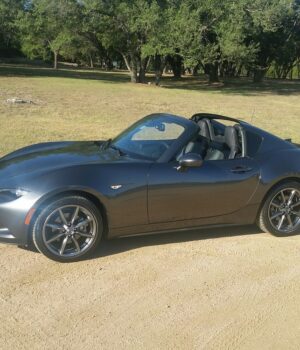 Already very familiar with the MX-5 two-seat sports car soft-top model, we recently had a chance to spend a week in the new 2017 Mazda MX-5 RF equipped with the new retractable hard convertible top.  The RF joins the MX-5 soft top version for 2017 – both offering a lighter and more nimble Mazda interpretation of their classic open-top drive experience – reasonably priced and fun-to-drive vehicle that is sure to please nearly everyone in search of ‘wind in the hair’ driving adventure. 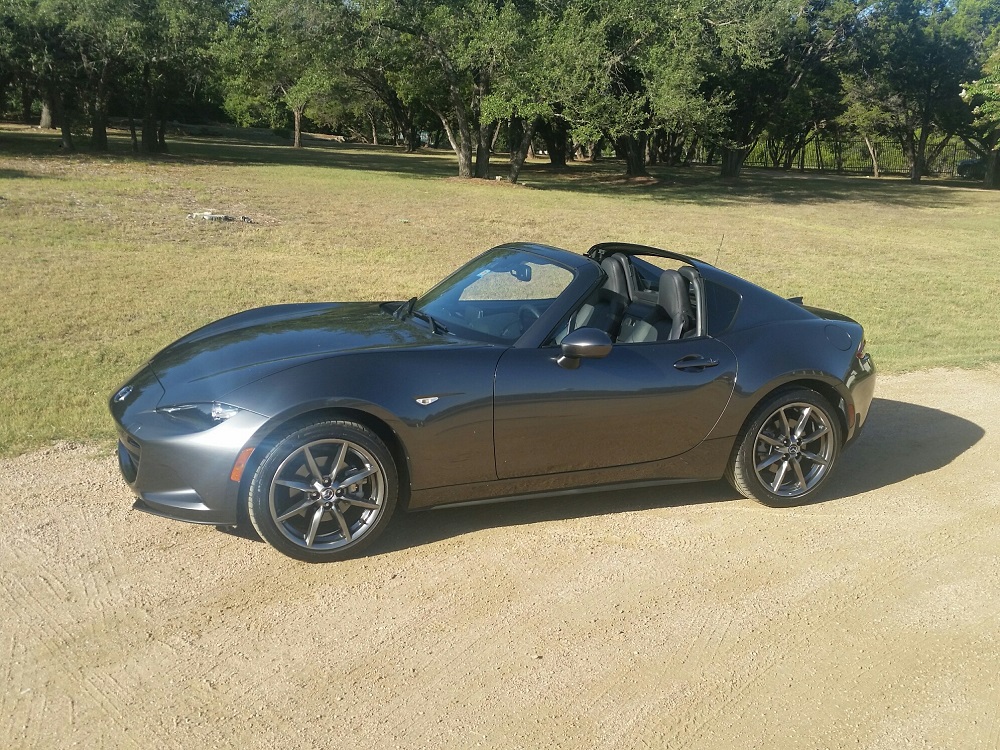 There are a many ‘road trips’ worth of reasons to like the new rear-wheel drive Miata RF including its slightly lower and sleeker ‘fastback’ silhouette, the iconic Boxer four-cylinder engine producing 155 horsepower with 148 lb.-ft. of torque and the very slick and quick six-speed short-throw manual transmission that very effectively puts the power to the road.  Running on 17-inch dark silver alloy wheels mounted with Bridgestone 205/45 R17 high performance tires, the manual gear box gets fuel economy of 33 mpg highway.  (The available six-speed automatic is rated at 35 mpg highway).  The key feature of the RF is the ‘one touch’ – exceptionally fast – retractable hardtop that stows in just 13 seconds enabling quick open-top getaways.  Other attributes of note include LED headlights, LED daytime running lights and LED taillights, standard Bluetooth hands free phone and audio, BOSE audio system with 9-speakers (including in the headrests), Mazda Connect infotainment with Navigation and satellite radio and a 7-inch color touch screen.  Seating is sport type with durable cloth cover, contrasting accent stitching and three-level heating. 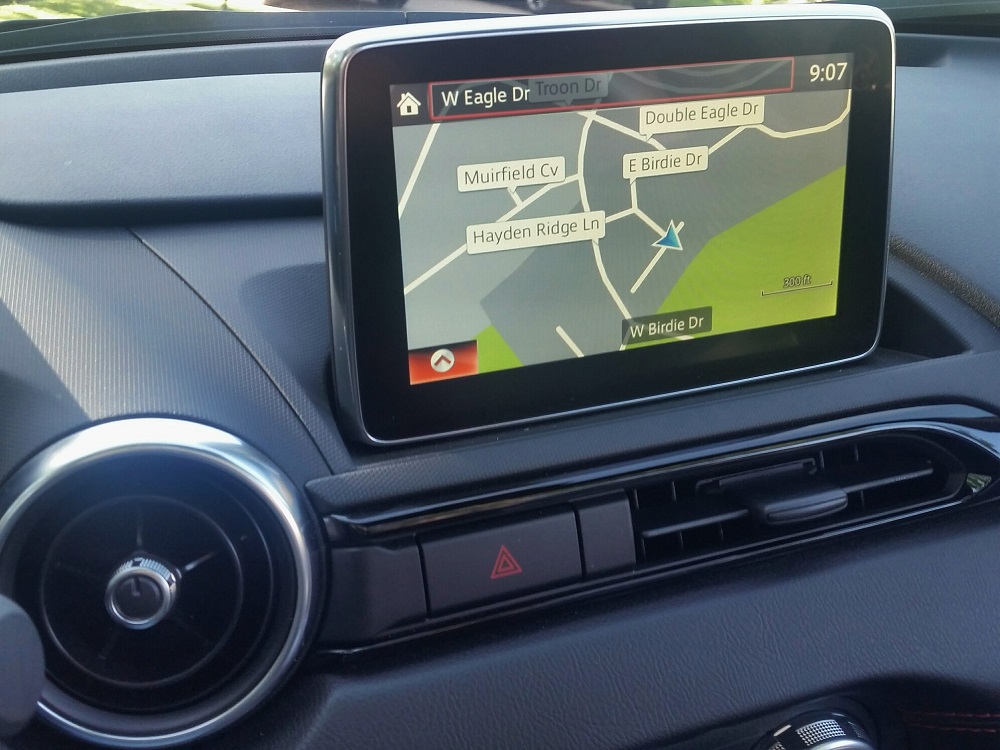 A Test ‘Drive for Good’ Extra

As part of our test drive arrangement with Mazda, they granted us the privilege of participating in their industry leading Drive for Good charitable giving program by giving us a “giving card” that we could use to make a donation to a 501c3 charitable organization of our choice.

We selected the Air Warrior Courage Foundation – a Four Star top-rated (by Charity Navigator) 501C3 we work with through the Lake Travis Christmas Hope organization.  Our charity provides direct financial assistance (not available from the government) to wounded warrior families going through rehabilitation at the San Antonio Military Medical Center (SAMMC) in Texas. 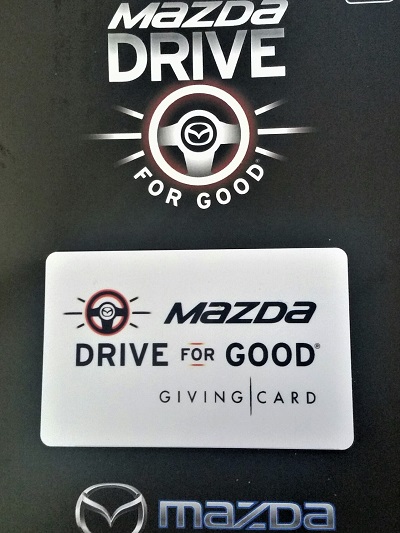 The Drive for Good Program

Back in 2012, Mazda decided that – instead of the usual end of year holiday sales event promotion – to offer an opportunity for consumers to test drive a Mazda vehicle with Mazda making a service donation to charity as a result.  Further, if one purchased a Mazda vehicle during the event, Mazda would make a $150 donation to a selected charity as directed by the customer.

It was so successful that Mazda expanded the program to all year around and continues it today doing good all across the United States through millions of dollars and thousands of volunteer hours going to worthy causes.

The 2016 Mazda Drive for Good event took place from November 21, 2016 through January 3, 2017.  For every new Mazda vehicle purchased or leased during that period Mazda donated $150 to one of four national or 42 selected local charities.

Since the program began in 2013, Mazda has donated more than $18.4 million and delivered over 263,000 hours of service to selected charities.

Mazda’s national charity partners include St. Jude Children’s Research Hospital, American Red Cross, American Heart Association and the Mazda Foundation.  A complete list of all of the selected charities can be found HERE.

Thanks Mazda for the test drive of the new MX-5 RF – it was a blast even without much hair for the wind to blow on my ‘vintage’ head.

And a big thank you from the families of our wounded warriors in rehabilitation at SAMMC who are working every day to get back to a ‘new normal’ life – that may one day include a new Mazda.

To see the full lineup of exciting vehicles from Mazda for 2017 – click HERE.