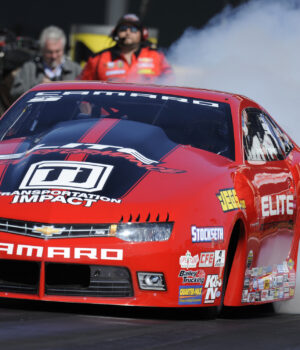 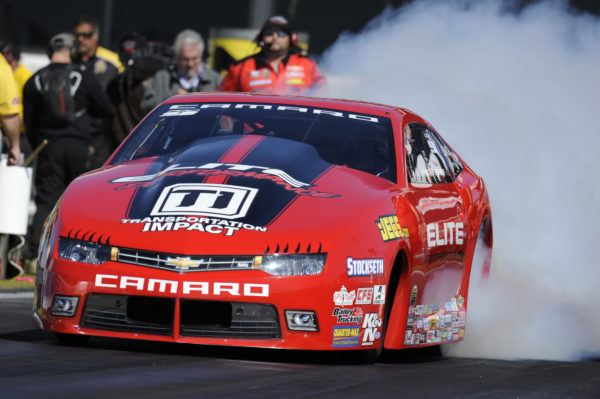 BAYTOWN, Texas – There is a long list of great memories for Erica Enders at her home track, Royal Purple Raceway, including a pair of back-to-back victories in 2014 and 2015 that helped cement her back-to-back Pro Stock world championships.

Searching for her first NHRA Mello Yello Drag Racing Series win since that dominant 2015 season, Enders hopes a return home for this weekend’s 30th annual NHRA SpringNationals provides the trick. But following the struggles of last season, Enders insists her team and her Elite Motorsports Chevrolet Camaro is still capable of plenty of great performances.

“We’re not lacking confidence at all,” Enders said. “You have to remember that our team is exactly the same as it was when we won those two championships. It’s not like these guys forgot how to win. It’s just very, very tough in this class. Everyone in the field can win, like legit win, any weekend. The talent level is so high and all the other teams want to win as much as we do. Winning does feel great. You get on a roll like we did in 2014 and 2015 and it just builds. There are times where you just know you’re going to win. You just have to execute.”

Doug Kalitta (Top Fuel), Courtney Force (Funny Car) and Greg Anderson (Pro Stock) were last year’s winners of the event that will be televised on FOX Sports 1, including finals coverage starting at 6:00 p.m. (ET) on Sunday, April 23. It is the fifth of 24 events during the 2017 season and would mark a perfect time for the Houston native Enders to get back in the win column.

Her 2017 season has been solid as her Elite Motorsports team appears to have recovered from a frustrating 2016. She opened the season with a semifinal appearance in Pomona, qualified third in Gainesville and currently sits seventh in points. Enders, who has 21 career wins, sees constant improvement and knows wins are coming. 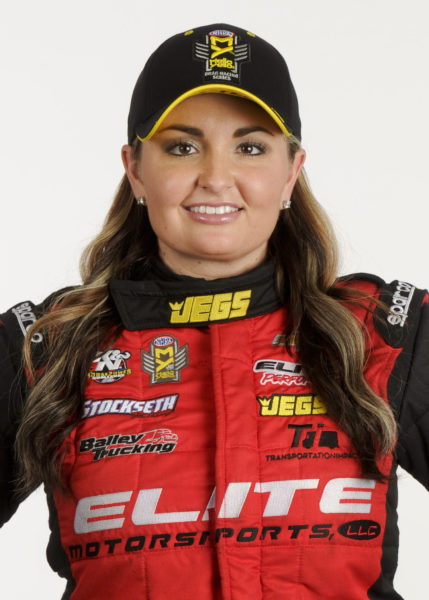 “We’re definitely getting better,” Enders said. “I know none of us have been home very much because we’ve been constantly testing since even before the season started. We’re used to winning races and winning championships so anything less than that is not up to the standards we set for ourselves. All this time we’re investing will pay off very soon. I can feel it. We’re ready to light up the scoreboard in Houston.”

It would be the perfect scenario for Enders, who always feels right at home at Royal Purple Raceway. But there’s a long list of star Pro Stock drivers hoping to spoil that party, including points leader Anderson, who has a win and three final round appearances in 2017, his teammate and defending world champ Jason Line, and 2017 winners Shane Gray and rookie Tanner Gray.

The race kicks off three straight race weekends, and Enders will also be putting in extra racing duty, so the chance to perform well at home during a key early-season stretch is important.

“Obviously I grew up here and this has always been my home track,” Enders said. “It’s just like a big ‘ol family reunion all weekend. I particularly enjoy seeing my buds that race (Division) 4 and I’m racing Super Gas myself this weekend so it’ll be cool to catch up with everyone. The pro tour is so long and demanding so this is a nice break.”