Until now, I struggled with understanding just what exactly the Chevrolet Equinox was trying to be in the growing – and getting more crowded – crossover and SUV vehicle segment that included, from Chevrolet, Trax, Equinox, Traverse, Tahoe and Suburban.  Trax was easily recognized as the subcompact entry with Tahoe and Suburban readily recognized as full-size entries but, more alike than different, where did Traverse and Equinox fit? 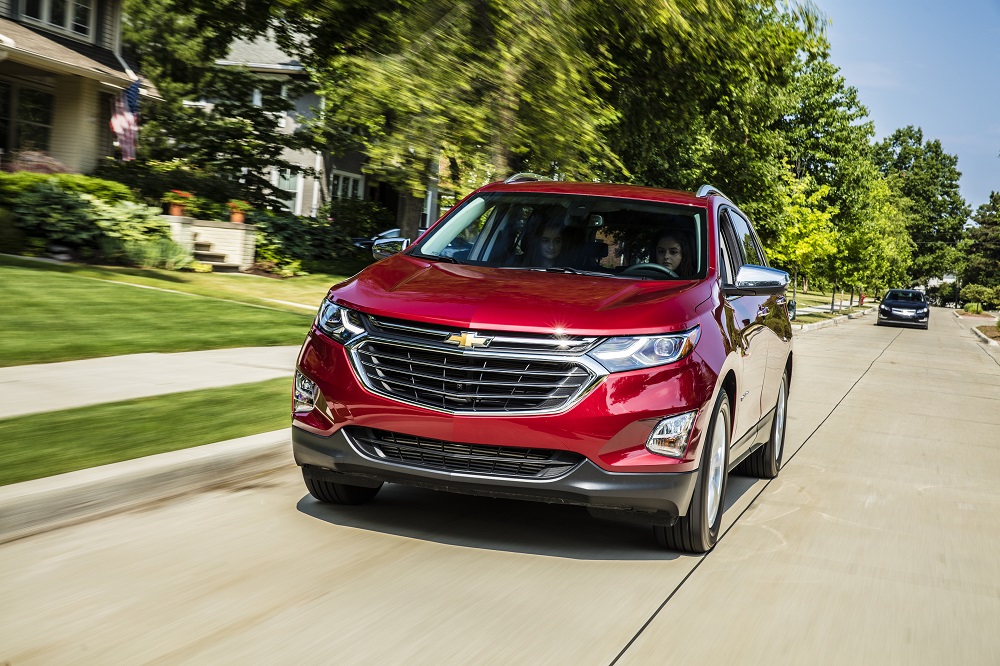 For 2018, Chevrolet redesigned the Equinox putting it squarely in the compact category by making it a bit smaller and lighter while still keeping its desirable ample interior spaces.  A trio of new turbocharged powertrains enhanced the driving dynamics while an assortment of standard or available amenities, technology and safety features made it a better value in all areas.

With its improved styling, crisp handling, smoother and quieter ride, the Equinox for 2018 now stands out from not only the Chevy crowd, but also the rest as well.

Recently spending a week of test driving a new 2018 Chevrolet Equinox FWD LT – powered by the optional 2.0L turbocharged direct injection four-cylinder engine mated to a nine-speed automatic transmission – we would certainly put it on our short shopping list for a new crossover SUV. 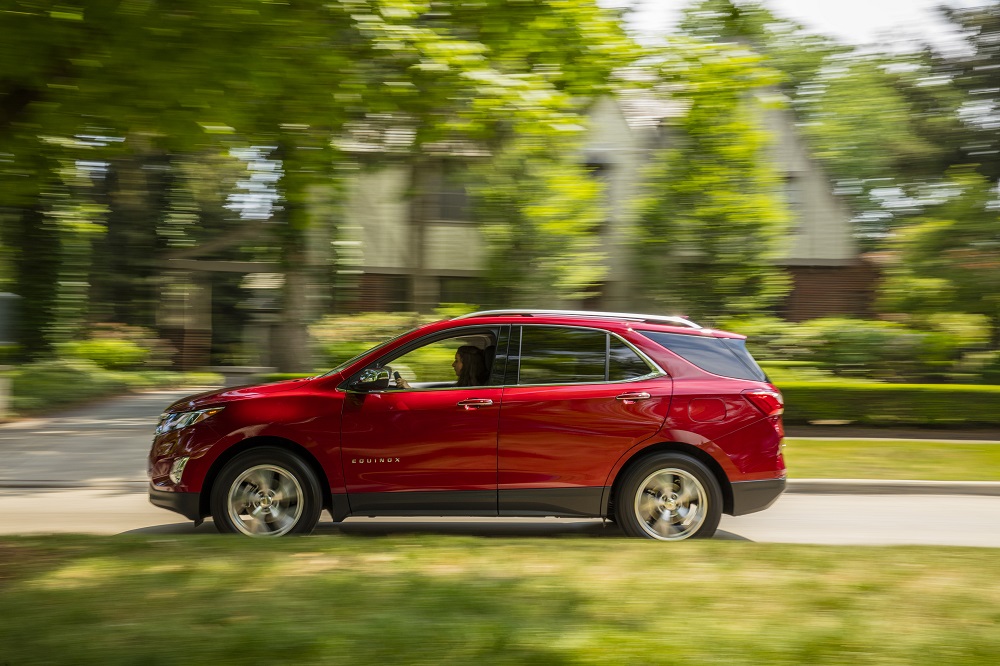 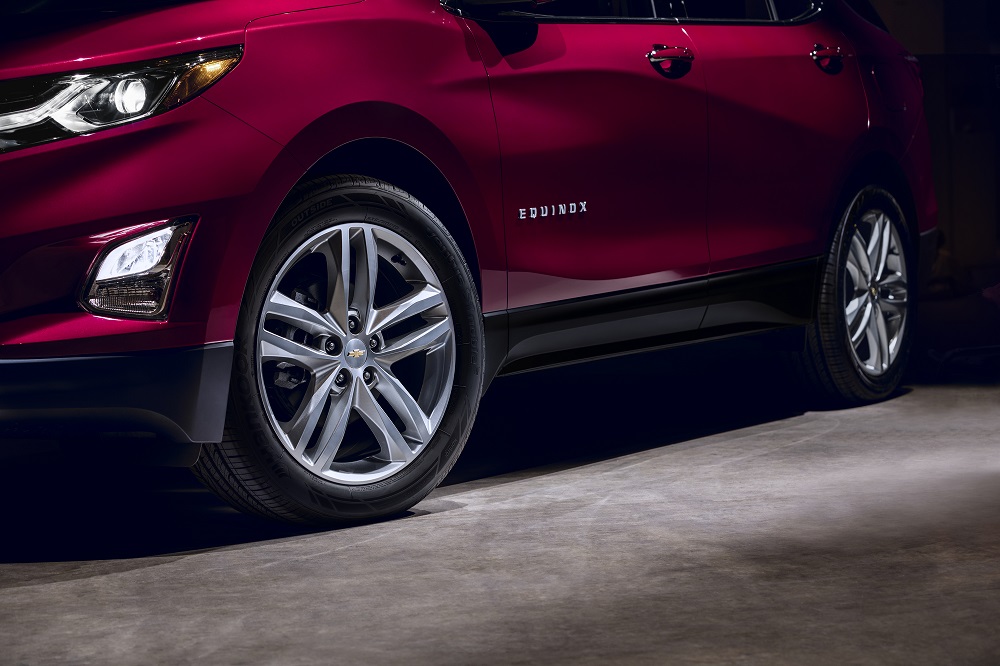 There are a lot of reasons to love the new Equinox and a couple minor things not so much.  We have highlighted a few:

Panoramic Sunroof – when open, adds copious amounts of light that expand the roomy feel of the generous cabin.  However, here in Texas, during the high sun heat of the day, you will need to close the sunscreen to keep the heat transfer out of the cabin. Unlike some others, this sunscreen keeps heat out.

Premium Fabric Seating – Seating is comfortable with what they call ‘denim-style’ fabric and texture offering a pattern and trim combination that give it a much richer look than Chevrolet seating fabrics of the past.

Kneeling Rear Seat Cushions – are cleverly designed to deliver a fully flat floor when folding the second row seats down for cargo.

Rear Seat Reminder – is usually considered as a safety device to insure that children and pets are not left in the vehicle.  We found yet another bonus as, returning from the local HEB grocery on a typical 101-degree day, the flashing of the lights and beep tones from the driver information screen prompted us to also remove the two cartons of premium ice cream bars from the rear seat when we unloaded the grocery bags from the hatch cargo area.

Sun reflection 8-inch Infotainment Display Screen – is something we always check in Texas.  Though the 8-inch display is bright with well-balanced color definition, the mounting on the center stack area without a hooding of any type makes it near impossible to read in the bright sun of a summer day.

Tire Road Noise – We noted particularly the quieter cabin of the new Equinox with one exception – tire noise.  No matter the road surface we drove, tire noise was noticeable at speed.  Our test Equinox was equipped with 18-inch wheels mounted with Michelin 225/60R18 Premier LTX all-season tires which (according to Michelin) were developed for GMC crossover vehicles.  The low hum from the road would not deter us from buying an Equinox, but might be annoying to some. 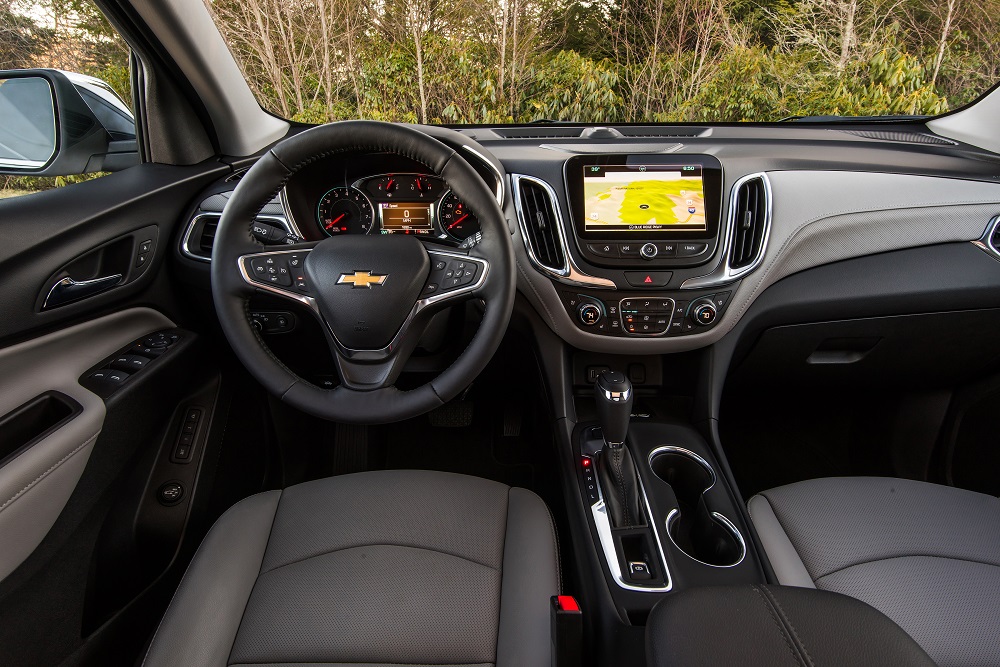 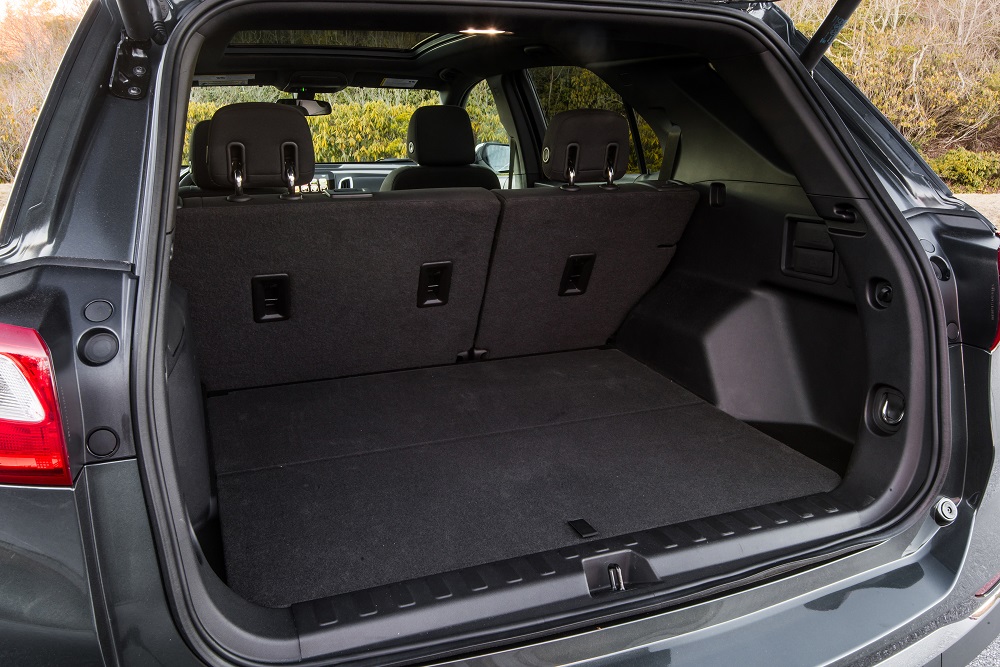 The standard 1.5L turbocharged four-cylinder engine delivers 170 horsepower with 203 lb.-ft. of torque and is fuel economy rated at 26/32 mpg city/highway (FWD).  Mated to a six-speed automatic, the base engine simply does not deliver – even with the turbocharger in the smaller and lighter Equinox.  Pass on this one.

The power train that does deliver is the 2.0L turbocharged four-cylinder mated to a nine-speed automatic transmission.  With the added range of the nine-speed transmission, the turbocharged 252 horsepower and 260 lb.-ft. of torque of the 2.0L accelerates smoothly with palpable pep from stop to city and then to highway speed. Fuel economy is very respectable at 22/29 mpg city/highway (FWD).

The best part is that the upcharge to the 2.0L turbo is a mere $1,450 – chump change for the added capability plus a bonus to boot.  The bonus is that only the 2.0L powertrain Equinox is tow equipped and rated to haul up to 3,500 pounds smoothly with the tow-haul feature of the nine-speed automatic.

A GM developed 1.6L turbo diesel (137 horsepower – 240 lb.-ft. 0f torque) will be an available option later this fall.  Though Chevy hoped to get a fuel economy certification of 40 mpg, they will be settling for a very darned respectable EPA 39 mpg that will give the consumer a nearly 600-mile cruising range. Tow capability has not yet been addressed.  The diesel will be available in FWD only and will carry a pretty hefty premium – starting at $31,435.

All gasoline models offer all-wheel drive (AWD) optional for another $3,680.  For that upcharge, given the improved handling and ride characteristics of the smaller and lighter FWD Equinox, we would skip the AWD option.

Check the new Equinox out if you are in the market for a new small crossover.  It will certainly surprise you – as it did us – and just may be just the right compact crossover for you.