Ford BRONCO is back – this time bringing a family 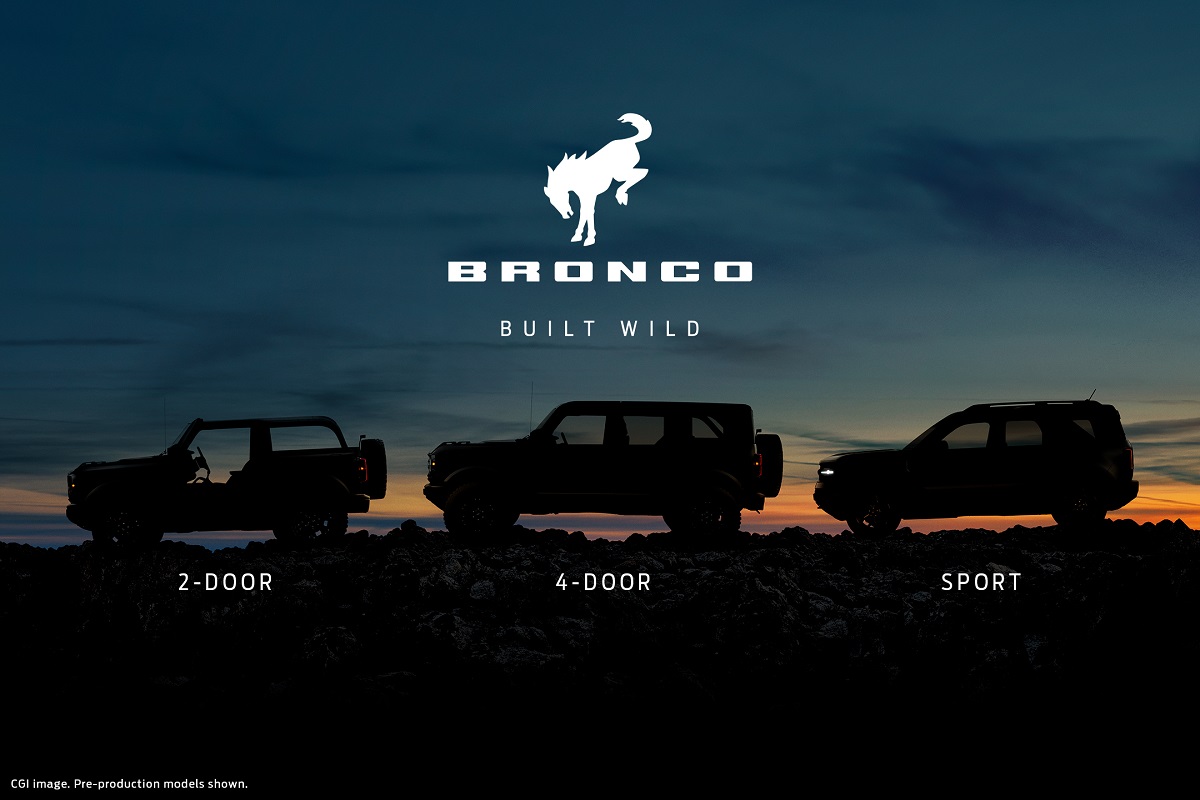 The Ford Bronco is back and it is coming next Monday.  These are the words Bronco enthusiasts have yearned for – almost since Ford retired Bronco following the 1996 model year.

Not just a Bronco, but an entire brand family of Bronco ‘Built Wild’ vehicles are coming – complete with U.S. off-road driving school programs, owner community groups and even merchandise from Amazon.

The all-new Bronco brand includes a Bronco two-door, first-ever Bronco four-door model and all-new rugged, small SUV, the Bronco Sport – and will be the only domestic brand of SUVs with standard 4×4.

Ford is revealing the all- new models July 13 at 8:00 p.m. EDT across Disney network channels National Geographic, ESPN and ABC – the first ever reveal/introduction of this magnitude. In addition, the reveal coincides with the opening of a Bronco reservation order bank for would be owners to get in line.

Every Bronco model is engineered to deliver thrilling and confident off-road experiences that build on the original 1966 Bronco DNA and racing heritage, with ingenious new updatable technologies and adventure-ready attributes created with today’s outdoor enthusiasts in mind.

“Bronco gave rise to the fun and versatile off-road SUV in 1966, becoming the first enjoyable sport utility vehicle for those who wanted to live, work and play outdoors,” said Jim Farley, Ford chief operating officer. “Like the original, the all-new Bronco family is engineered to take you to epic places, with capability to deliver confidence on any type of terrain.”

Inwheeltime.com will have more later (Thursday) about the Bronco brand program.  But first, lets get a little history of the origin of Bronco in 1966. 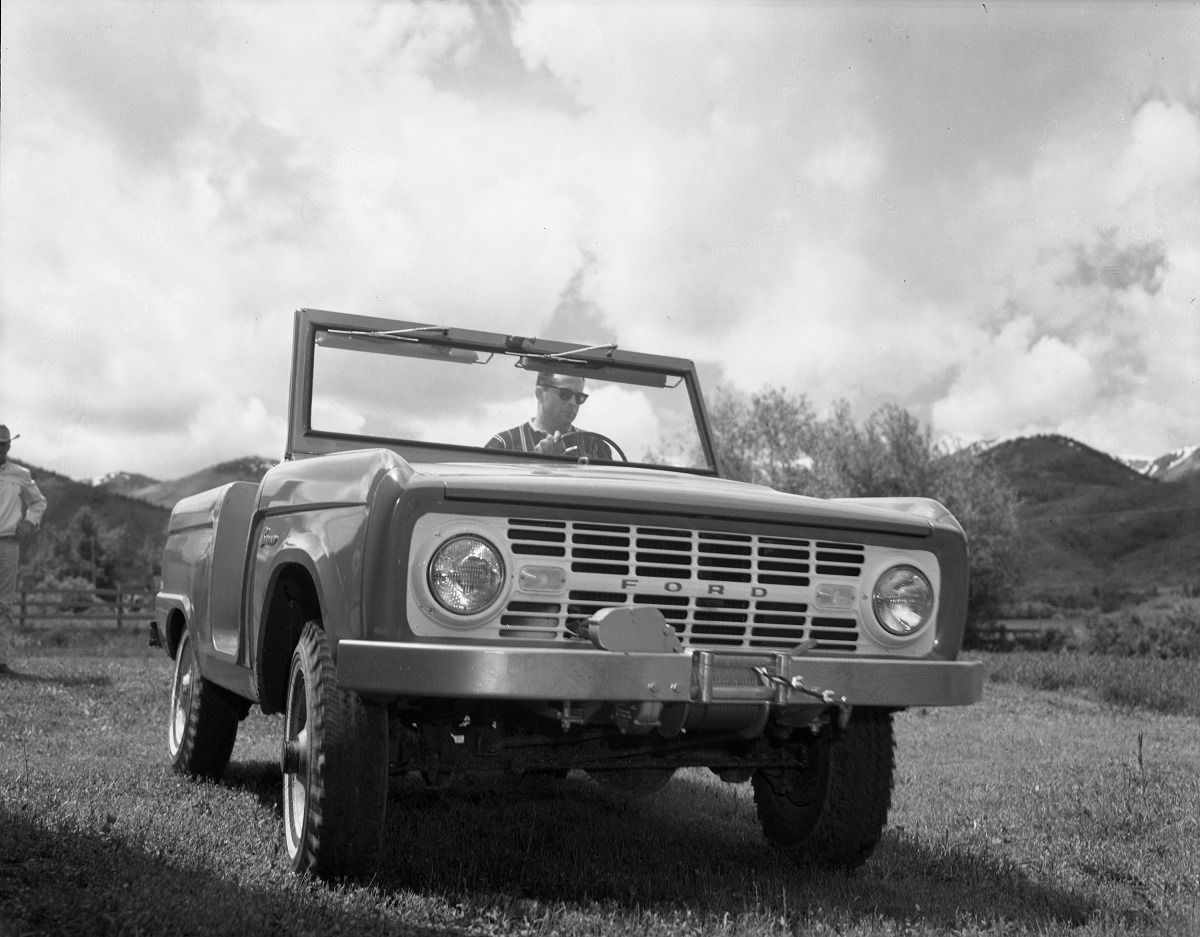 Ford’s off-road SUV expertise traces back to World War II, when the automaker was part of a government competition to build rugged carry-all utilities for GIs in the battlefield. Ford’s entry was called the GP, for General Purpose.

More than 270,000 Ford GPs were built for Allied forces. GIs returning home bought Army surplus GPs for work and play, but they were too small and uncomfortable for civilian life, according to Ford research from the early 1960s, so Ford developed a more refined, spacious, yet durable off-road vehicle to meet this need – the Bronco.

As an agile, sports-oriented off-road 4×4, Ford dubbed the original 1966 Bronco “a completely new line of sports-utility vehicles” at its reveal Aug. 11, 1965.  This was the first reference to “SUVs” from an American manufacturer.

The original Bronco was nicknamed G.O.A.T. by Donald Frey, the Ford product manager who championed both Mustang and Bronco nameplates and challenged engineering teams to deliver “go anywhere roadability.”

For the record, G.O.A.T. (Goes Over Any Type of Terrain) was the original internal code name for the development of the Bronco.

Early Broncos had a rugged body-on-frame design with short front and rear overhangs, high ground clearance and a short wheelbase, for maximum off-road capability. Bronco’s toughness and agility at high-speed enabled off-road racers like Rod Hall and Larry Minor to capture an overall win at the grueling 1969 Baja 1000 – a victory that no other production 4×4 has replicated in 50 years.

“Rugged vehicles are in our heritage and we see strong growth opportunities with this ever-more popular segment,” said Kumar Galhotra, Ford president, Americas and International Markets Group. “The Bronco brand meets that need by creating a family of truly capable off-roaders to take our customers further into the wild. We’ve leveraged extensive off- road experience from vehicles like our F-150 Raptor to ensure that every Bronco delivers the ‘Built Wild’ toughness and durability our customers expect.”

Bronco holds a special place in popular culture and has been featured in more than 1,200 films and 200 songs. Since Ford ended production in 1996, Bronco SUVs have continued to grow in popularity with collectors and enthusiasts.

Valuations have skyrocketed since the January 2017 announcement of the return of Ford Bronco. According to Barrett-Jackson, the average first-generation Bronco sale price has nearly doubled from $39,763 to $74,820 in just over three years.

Hagerty valuation guide ranks 1966-77 Broncos as among the highest vehicle price increases of all collectible SUVs over the past three years – a 75.8 percent gain.

We thought you might be interested in what the original – 1966 – generation of Bronco utility vehicles looked like.  Some of us remember and might even have had one.  Note how simple they were then.  We borrowed these photos from the Ford Archives. 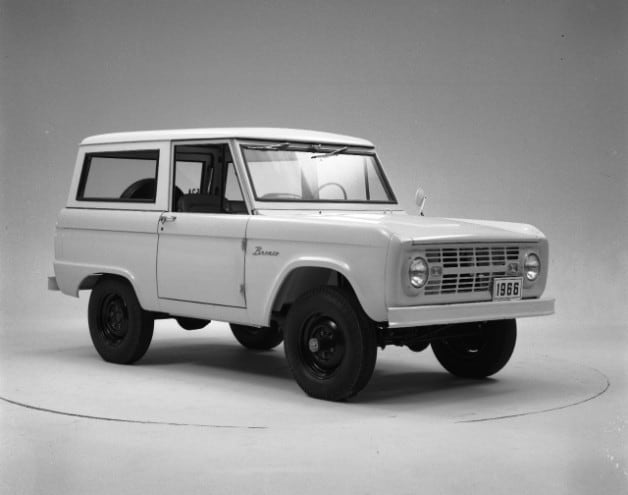 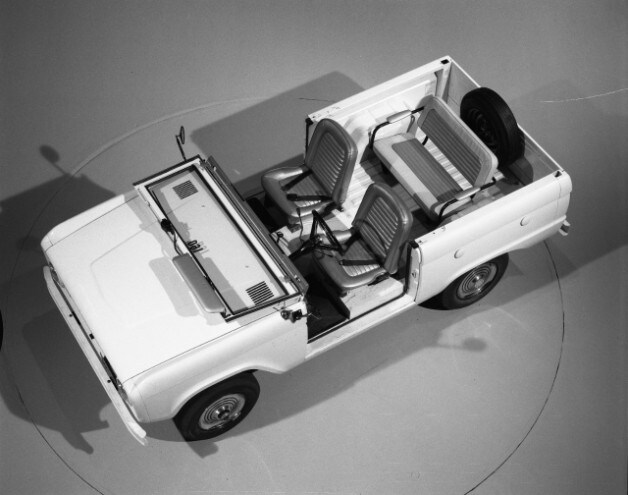 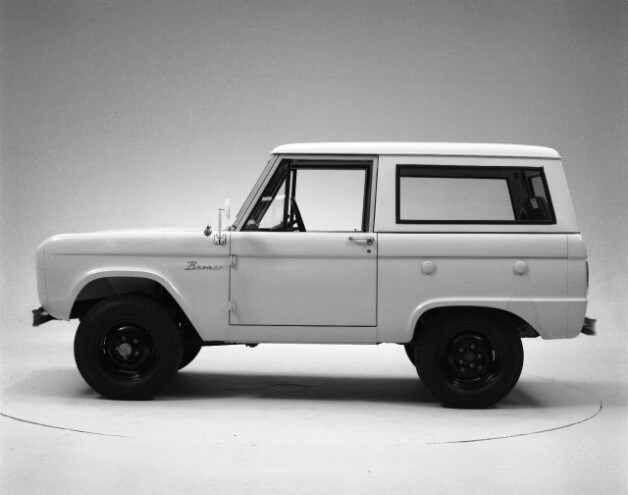 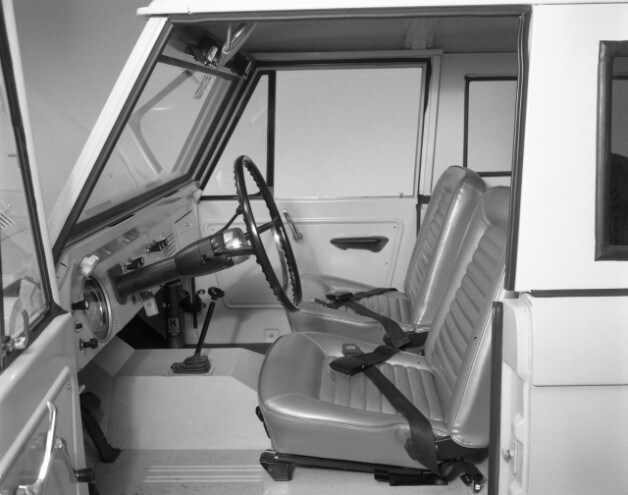 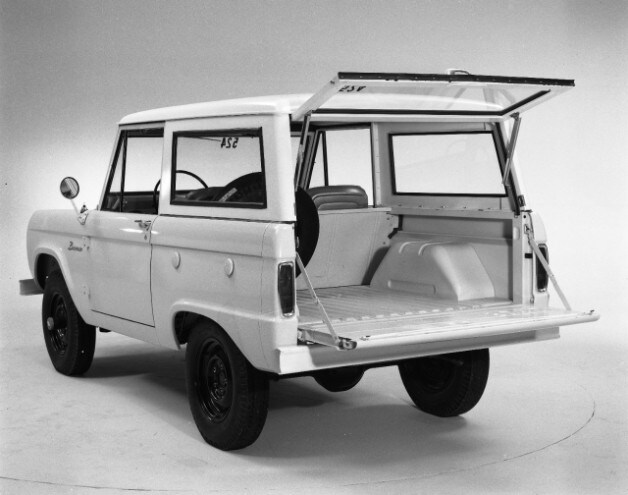 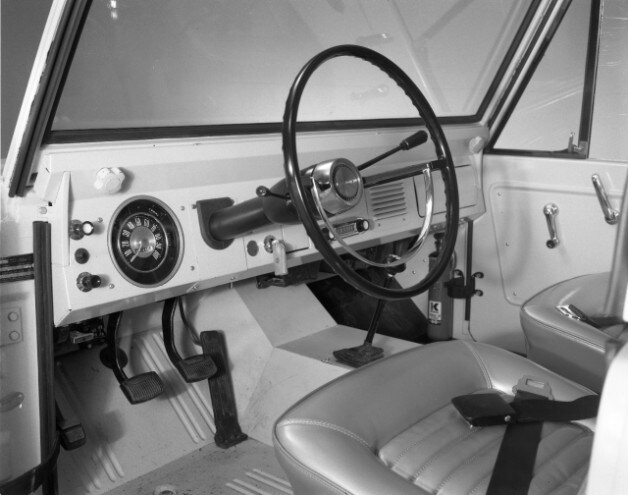 You can follow the countdown on Instagram @FordBronco or on the web at Ford.com/Bronco where you can also register for updates.