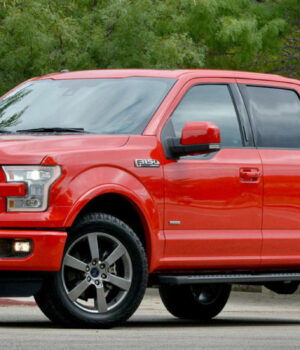 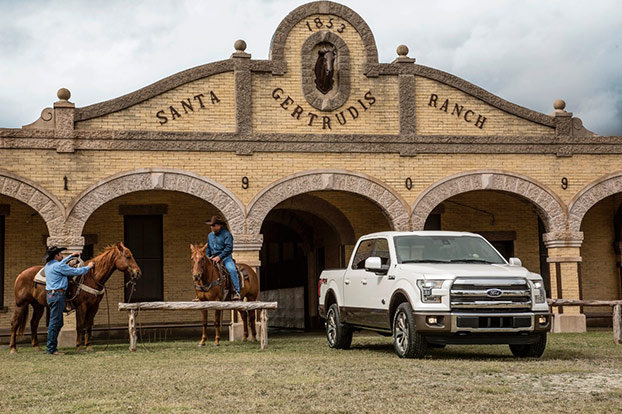 “This year, the Texas Truck Rodeo had a record number of vehicles on hand for our members to evaluate,’ said Michael Marrs, president of TAWA, “We want to thank all of our partners in the automotive industry as well as sponsors for making this such a great event.”

Sixty auto writers drove 75 vehicles on and off road for two days (Oct. 9-10) at the Knibbe Ranch outside San Antonio to choose the prestigious Truck of Texas. This year’s Texas Truck Rodeo, which was sponsored by the Steel Market Development Institute, also saw the 2015 Lincoln MKC take the CUV of Texas; the 2015 Jeep Grand Cherokee capture the SUV of Texas title for an unprecedented fifth straight year; and Ford being named the Truck Line of Texas.

Doug Scott, marketing manager of Ford’s truck group, said, “This is a significant honor, one of the three big ones along with the Motor Trend and North American Truck of the year awards. Our entire truck team is proud and honored to win the Truck of Texas trophy.”

Winning the Compact Crossover Utility Vehicle (CUV) title was the 2015 Honda CR-V Touring; the 2015 Subaru Outback 2.5i Premium was named the Mid-size CUV; the 2015 Kia Sedona SX was named Full-size CUV; and the 2015 Lincoln MKC was named Luxury CUV.

Stephane Cesareo, Lincoln Global Communications Manager, said, “It’s been a long time since Lincoln participated in the TAWA Truck Rodeo and we will definitely keep coming back. I had never been to Texas and have really enjoyed meeting the friendly members of TAWA and seeing some of the Hill Country of Texas.”

“We are extremely delighted and proud that for the fifth consecutive year, the respected and influential Texas auto writers have named the Jeep Grand Cherokee the SUV of Texas,” said Mike Manley, president and CEO of Chrysler Group’s Jeep Brand.

The Texas Auto Writers Association (TAWA) was founded in 1987, with a mission to promote quality and accuracy in automotive journalism and disseminate information about the industry through news related print, online and broadcast media. For more information, please visitwww.texasautowriters.org. TAWA’s communication are powered by PR Newswire.