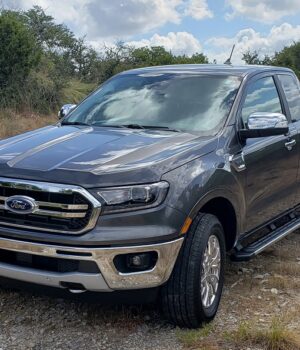 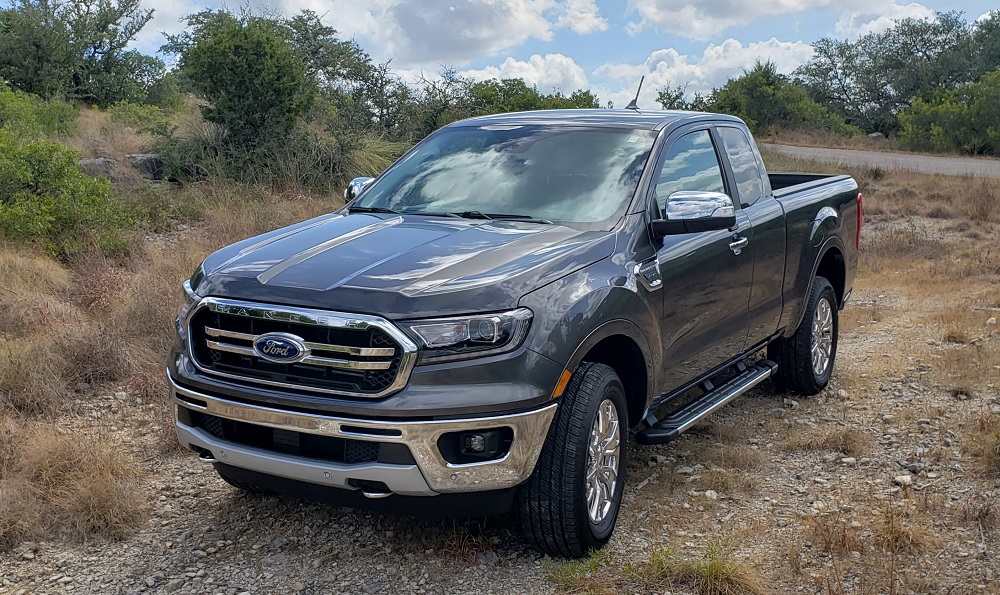 Inwheeltime was present at the media launch of the Ford Ranger several months ago and we have driven Ranger a couple of times since.   Overall, our impressions are favorable that the new Ranger is a viable competitor overall in the mid-size segment.

What we noted on that first drive and each test since – is that depending on the mechanical and cabin configurations selected – it has two distinct personalities.

Mechanically as a 4×2, it is a very good truck for a city owner.  When configured as a 4×4 and fitted with the FX4 package, it becomes a very credible outback adventuring truck, while also a good city truck.

Which brings us to the cab configurations.

SuperCab (aka extended cab) allegedly seats four (more about that in a moment) while the SuperCab (aka crew cab) actually seats up to five.

In our view, to be a good truck in either city or outback use – it must seat at least four comfortably.   Only a SuperCrew cabin (4×2 or 4×4) does that.

Recently Ford sent us both mechanical configurations – a few weeks apart – to drive again for another look. One was a SuperCab while the other was SuperCrew. 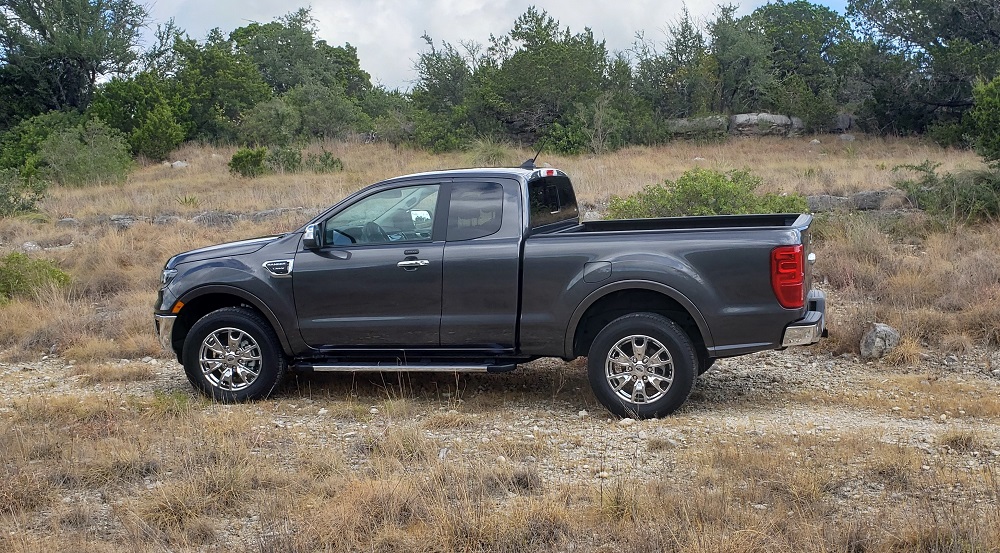 The first tested was a Ranger Lariat 4×2 SuperCab.  A cabin model which is ‘notable’ for its minimal rear seating – space really better suited for ‘stuff’ where leg, head and shoulder room are not key factors.

But that is not the only challenge. The rear doors are not full size.  They are ‘half’ doors and open to the front – with an awkward latch system – making it difficult to load people or cargo in nearly all situations.

In fairness, there is a plus. The 4×2, with a shorter cab than the 4×4, has a slightly longer cargo bed.   Good for plywood, but not much good for bags of groceries.

All of which is why we would buy the SuperCrew instead of the SuperCab Ranger in either mechanical configuration. 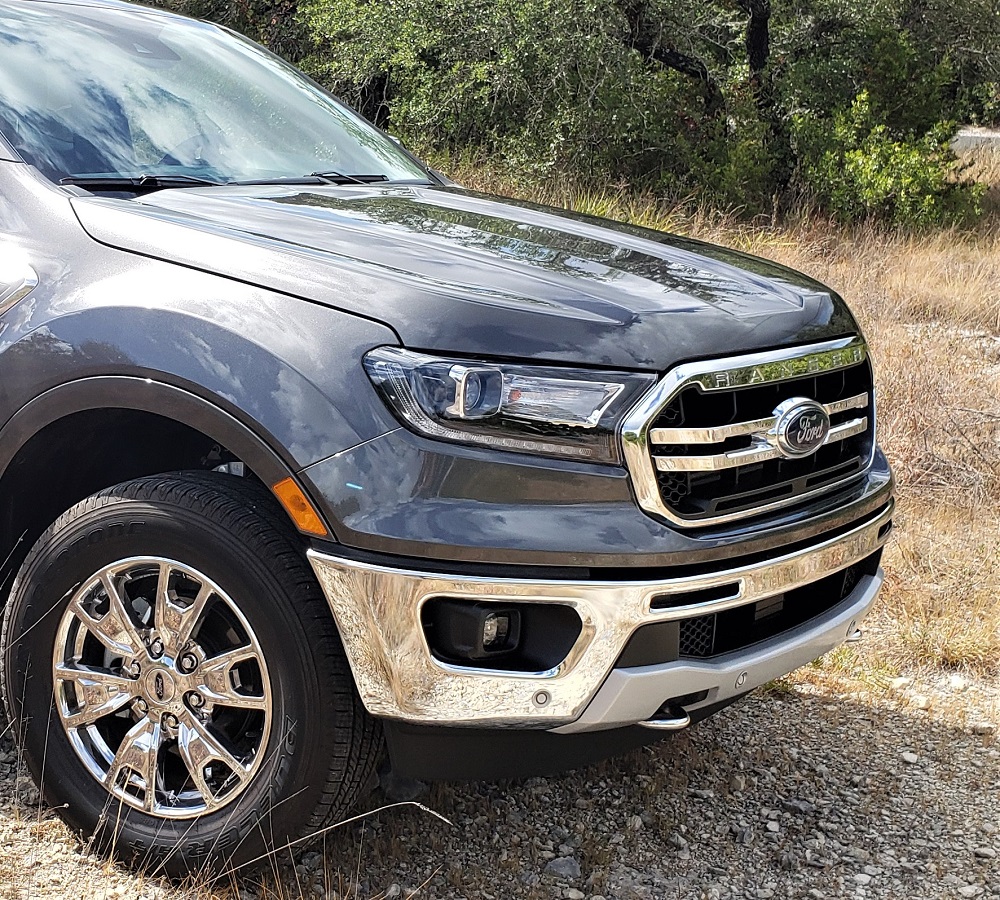 Our test Lariat SuperCab 4×2 came in their – less than exciting – Magnetic exterior color with a Black interior.  At first look, not particularly impressive.  Some ‘flash’ was provided by elements of the Chrome Appearance Package.  Things like the 18-inch Chrome-like alloy wheels, Chrome Grille Surround, Chrome Bumpers, Chrome Mirror Caps and door handles plus Chrome Running Boards.

The MSRP for our SuperCab test truck was $32,210. Adding a number of accessories like the Chrome package and ‘Lariat’ equipment group, the delivered price was $37,715.

All Rangers feature the 2.3L EcoBoost four-cylinder engine with Auto Start Stop. And yes, you can turn that off.

The EcoBoost engine produces 270 horsepower and 310 lb.-ft. of torque.  It is mated to a 10-speed SelectShift automatic transmission.  With Ranger weighing in at just over 4,000 pounds, the combination is very adequate to around town and highway driving in Ranger.

Fuel economy ratings are 21/26 mpg city/highway and 23 mpg combined.  With the 18-gallon fuel tank, Ranger has a highway range of just over 400 miles. 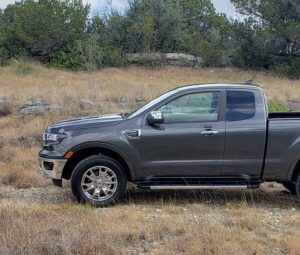 Ranger tows too.  All Rangers come with an integrated Tow Package standard.  Equipped with Trailer Sway Control, our Lariat 4×2 was tow rated for 7,500 pounds.

A note on the running boards.  For a taller person (6-foot or so), they are an obstacle to access.  Using them – one stoops to get in.  Not using them, one has to step over them.  However, if your partner is just over 5-foot or so (just saying), then they are helpful. 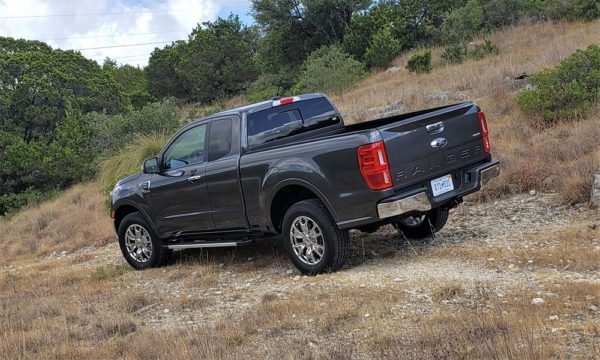 The six-foot cargo bed had a Power Tailgate Lock and ToughBed Spray-in Bedliner.  With 51.8 cubic feet of cargo space, the load capacity is rated at 1,860 pounds.

Ranger offers two interior colors – Black or a Medium Stone.  The quality of the materials inside is very good, but the Black (or Ebony as they call it) does not show it off well. 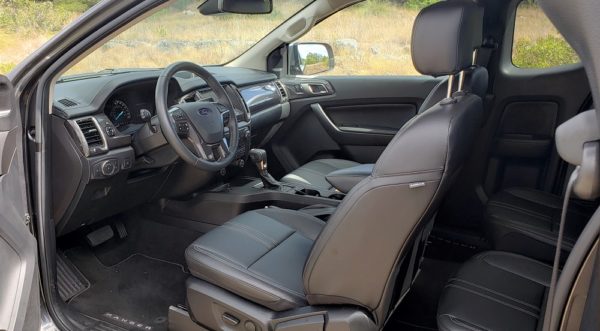 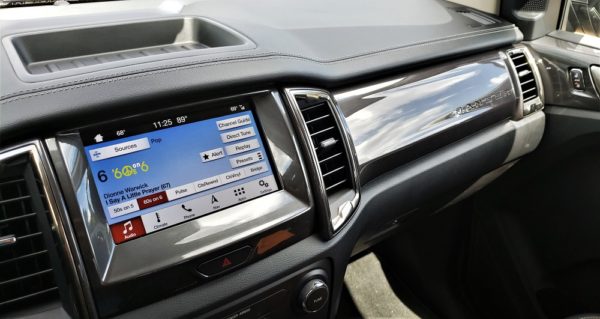 It also featured FordPass Connect with a 4G LTE Wi-Fi Hotspot that is able to connect up to 10 devices.

Inside, the rear seat section of a SuperCab is not adequate for adult passengers and only ‘iffy’ for children.  See key measurements below comparing SuperCab to SuperCrew.

Sort of like economy seating in the tail section of a ‘no frills’ airline. 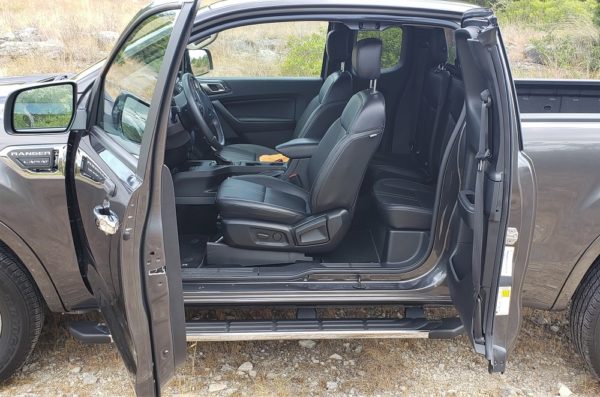 Then there are the rear door openings that face forward which we consider to be less than ‘useful’.   For example, in a grocery store parking lot, try loading your grocery bags in the rear ‘seat’ with a car parked next to you on that side.  Nearly impossible.

The good news is that upgrading to a SuperCrew in the Lariat 4×2 will set you back only $1,675.

Review the lineup and specifications or build one yourself at https://www.ford.com/trucks/ranger/.