This week Hyundai commemorates selling over 3-million Elantra’s in the U.S. by recognizing the selfless achievement of one brave individual in Baytown, Texas – a severely impacted by flooding caused by Hurricane Harvey. 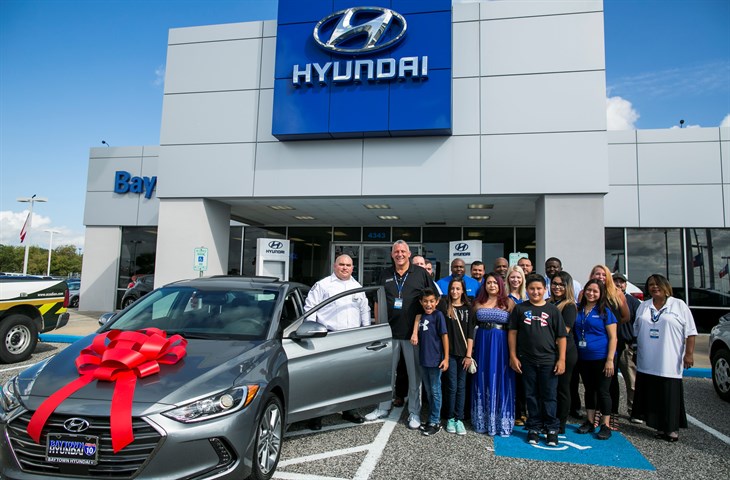 In a ceremony at Baytown Hyundai, Mr. Henry Rogers, a Paramedic Field Supervisor for Acadian Ambulance, was presented a 2018 Hyundai Elantra and an Infinity Audio System from Hyundai – in recognition of his commitment to his community in the first 48 hours following Hurricane Harvey hitting the Baytown area.

“We humbly mark the 3-millionth Elantra sold in the United States by honoring a local hero for his selfless service and commitment to the Baytown and Greater Houston communities, said Mike O’Brien, vice president, corporate, product and digital planning, Hyundai Motor America. “Local heroes and first responders like Mr. Rogers are a true inspiration to all and a reflection of the best values shared by all Americans.”

Henry Rogers, was on the front lines facing the destructive force of Hurricane Harvey, helping and saving lives of the community’s most vulnerable for more than 48 hours despite leaving his family and home alone during the storm.

While performing his call of duty and rescuing several victims, the Roger’s family home and all of their belongings were destroyed by Hurricane Harvey.

During those critical first hours, Henry’s wife was left to care for their three adopted children and three dogs. When the flooding waters began to enter their home, Mrs. Rogers was forced to place all three children and their dogs on the dining room table and seek help. A neighbor rescued their children and two dogs but when it came to rescue Henry’s wife, the water was too high. Mrs. Rogers spent the night on the dining room table with their German shepherd as they waited for help. In an ironic twist, it was Henry who was finally able to come home and rescue his wife and dog the next afternoon. 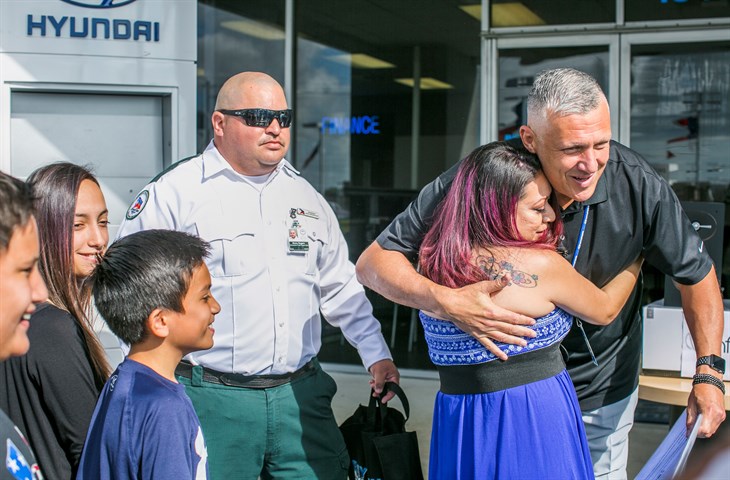 In the Houston area, Hyundai has announced they are committed to helping customers and dealers recover from the devastation of Hurricane Harvey in several ways.

Hyundai launched a disaster relief program that provides a $750 discount on all 2017-2018 Hyundai models for customers who had a vehicle damaged in either hurricane. In addition, the Hyundai Hope On Wheels program donated $200,000 to five Texas-area children’s hospitals while Hyundai Motor America donated $300,000 to the American Red Cross to support the relief effort.

The Hyundai Elantra was first introduced in 1991as a 1.6-liter 113-hp sedan and has become of the best-selling models, known for its significant value advantage in a highly competitive compact car segment.

Now in its sixth generation, the 2018 Hyundai Elantra sports a bold aerodynamic design with a comprehensive suite of safety features, modern interior styling with class-above features and user-friendly technologies. 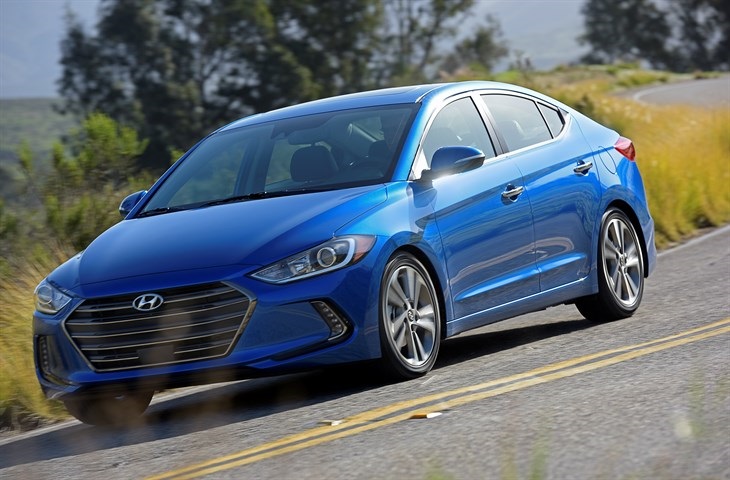 Click here https://www.hyundaiusa.com  to learn more about the complete Hyundai family of vehicles.