NASCAR for the Newbie

NASCAR was founded by Bill France in 1948, but its roots trace back decades earlier with land speed record attempts, Daytona racing, and bootlegging. Throughout the years there have been many changes to the rules, tracks, cars, and even series additions. Currently there are three main series that run: The highest professional level in the Sprint Cup Series, the second tier in the Xfinity Series, and the trucks in the Camping World Truck Series.

I have never really been a NASCAR fan since I first watched the cars go around the speedway when I was a kid. I was more partial to the Rolex series and road racing as opposed to oval track racing. However, when I starting doing more research and coverage for the racing segments on In Wheel Time, I decided I would be impartial to all automotive racing and watch a full series of each NASCAR event so I can report on these V8 speed machines. I was far from disappointed after watching the season opening races at Daytona this year.

By far the best oval racing I have seen is in the Camping World Truck Series. I would highly recommend this series to anyone that is new to NASCAR and looking to get into oval track racing. This series features the Silverado, F-150, and Tacoma duking it out with their 700hp naturally aspirated 6.0L pushrod V8s still running carburetors and a 4 speed manual transmission (talk about oldschool). These trucks are much harder to control than the cars due to the shape and aerodynamics of the vehicle. Couple that with the young, hungry drivers that are looking to move up to the bigger leagues in the Xfinity and Sprint series and you have some of most action packed oval racing I have seen. The season opener of the truck series I watched this year proves that.

These drivers are constantly bumping each other back and forth and fighting every lap. From a ridiculous crash that involved more than half the field and caused a 30 minute red flag, to Bell in the #4 truck getting into a wreck where he barrel rolled over 10 times before landing upright, this series kept me on the edge of my couch with my eyes glued to the TV all the way to the checkered flag. You can read the full press release over the season opener at the link at the end of the article.

For those that are unsure if they are NASCAR fans, I would highly recommend checking out this series. You do not have to be a truck guy or automotive aficionado to enjoy and appreciate this series of racing. Check out the 2016 schedule below and make some time to watch these trucks tear up the track at 180+ miles per hour. You will not regret it. 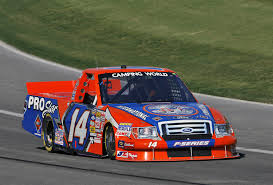 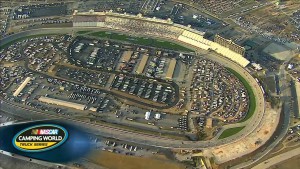 A Racing Fanatic’s Account Of The Mazda Motorsports Family