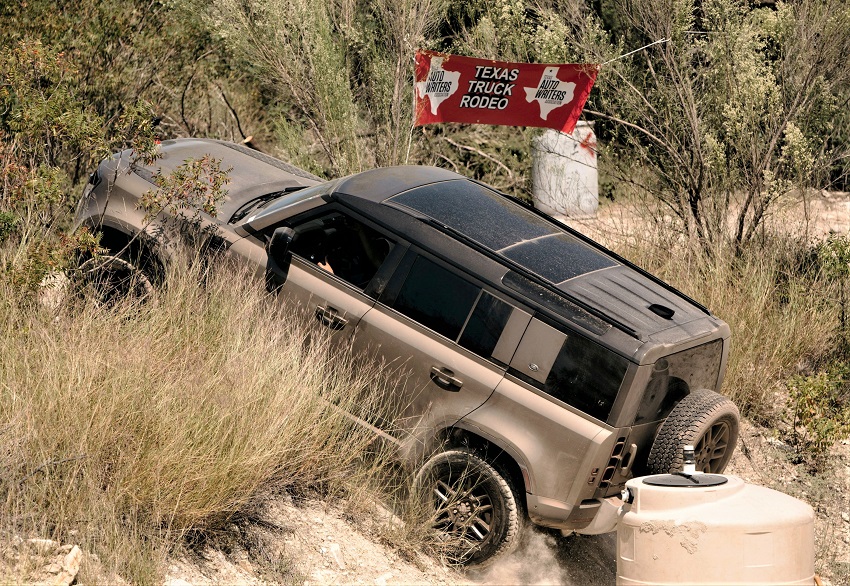 Land Rover announced this week that the new 2021 Land Rover Defender has been named the winner of MotorTrend’s 2021 “Golden Calipers” SUV of the Year award.

The highly anticipated new Defender makes its triumphant return to the U.S. after being absent in the market for more than 20 years. The choice of adventurers and expedition leaders for more than 70 years, it is considered by many as the world’s most iconic 4×4 says Land Rover. 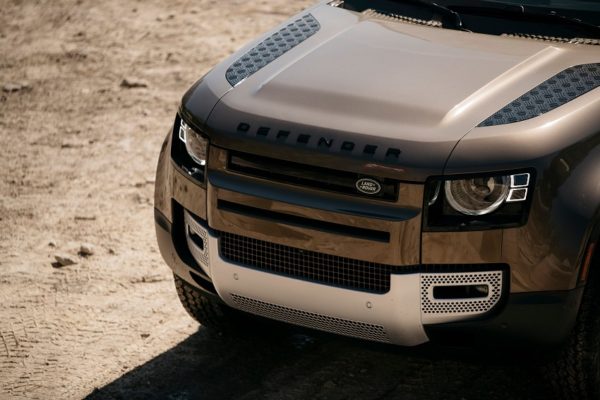 “It’s a great achievement, and an honor, for the New Defender to be selected as the SUV of the Year from MotorTrend,” said Joe Eberhardt, President & CEO, Jaguar Land Rover North America. “We know enthusiasts have been waiting for the return of this icon back to the U.S for more than 20 years, and we especially want to thank our designers, engineers and everyone else at Land Rover for helping to create a 21st century Defender that can be personalized and enjoyed for generations to come”. 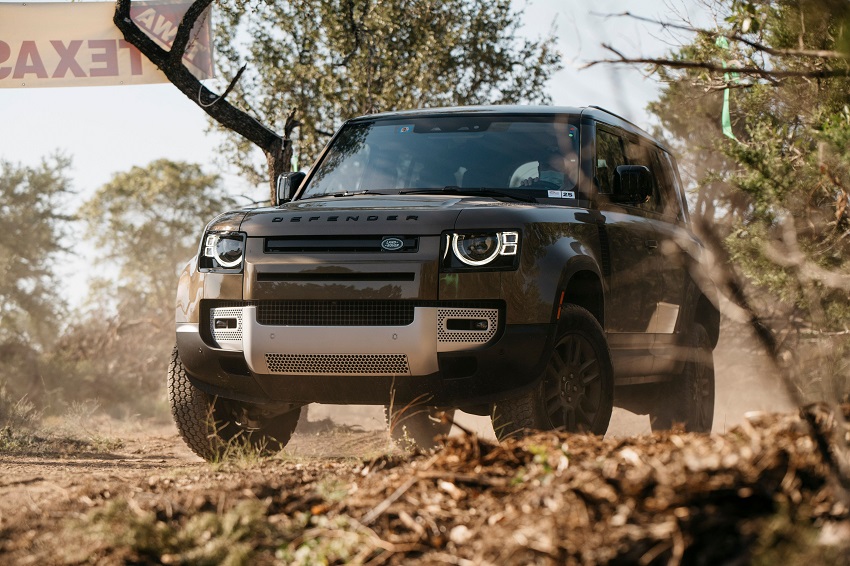 Every year, the MotorTrend editorial staff meticulously selects a field of worthy contenders for its SUV of the Year award. Contenders are put through MotorTrend’s standard battery of instrumented testing, a rigorous series of tests that measure performance under controlled circumstances, which allow the editors to evaluate the real-world driving behavior of each of the vehicles.

­­“We are thrilled to honor the Land Rover Defender with our SUV of the Year award,” said MotorTrend Editor-in-Chief Mark Rechtin. “Part of the word ‘transportation’ is not just the driving but the feeling of being transported. The moment you get into a Land Rover Defender, you are transported. Every design element gives the aura of journey, safari, moving outward into the world with courage.”

This year’s group of 28 new or redesigned SUVs and variants were evaluated and selected for excelling in MotorTrend’s six key category criteria: safety, efficiency, value, advancement in design, engineering excellence, and performance of the intended function, to determine the one model that performs best for its intended purpose and to MotorTrend’s highest standards. 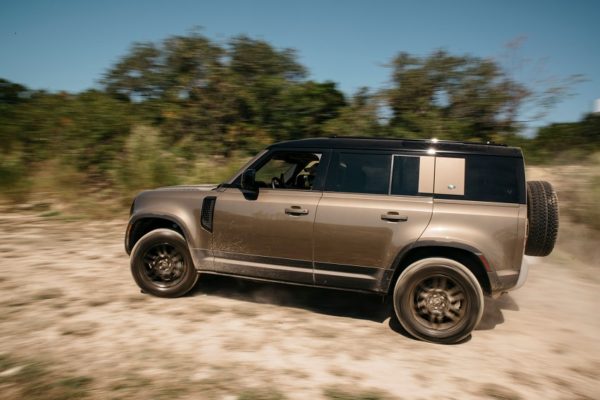 In choosing the New Defender as its SUV of the Year, MotorTrend found that the reimagined icon delivered much more than just legendary off-roading capability. In redesigning the vehicle’s platform and chassis, Land Rover created a vehicle with excellent on-road comfort and handling, a slew of active and passive safety features, and strong value compared to its direct competitors. 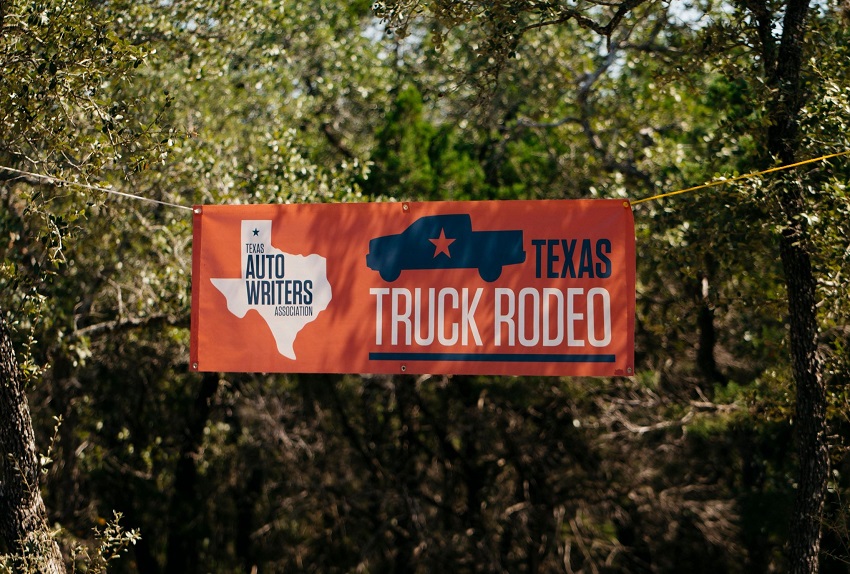 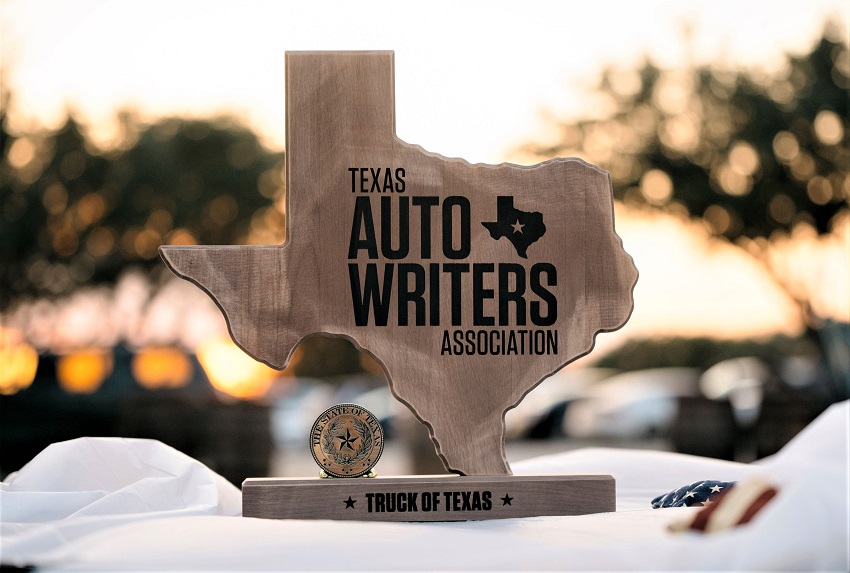 NOTE: All photos of Defender in this article are from the TAWA event.

The votes are still being tabulated from the TAWA event so the winner is not yet announced. The Land Rover Defender was extremely popular with media attending.  In fact, it was the fourth most often driven of the 37 trucks and SUV’s competing on the off-road technical course at Star Hill Ranch in Bee Cave, Texas.

Judging from conversation with multiple drivers – it was so popular I never got in it – I do expect the Defender to be a serious contender for the 2020 SUV of Texas honor.

Land Rover entered the Defender 110 SE powered by a 3.0L In-Line Turbocharged 6-cylnder Mild Hybrid engine. It delivers 395 horsepower @5,500 rpm and 406 ft.-lbs. of torque from 2,000 to 5,000 rpm.  An 8-speed automatic transmission and Twin-Speed Transfer case delivered the power to the Permanent Four-Wheel Drive with the Optional Terrain Response System. 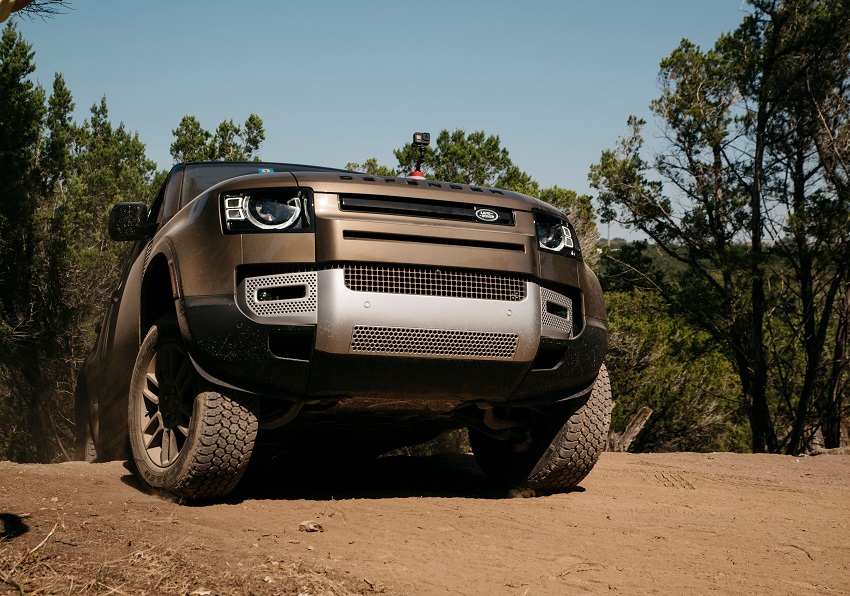 Not only well-powered, the Defender 110 SE was also well-equipped to meet the TAWA severe-rated course challenges. 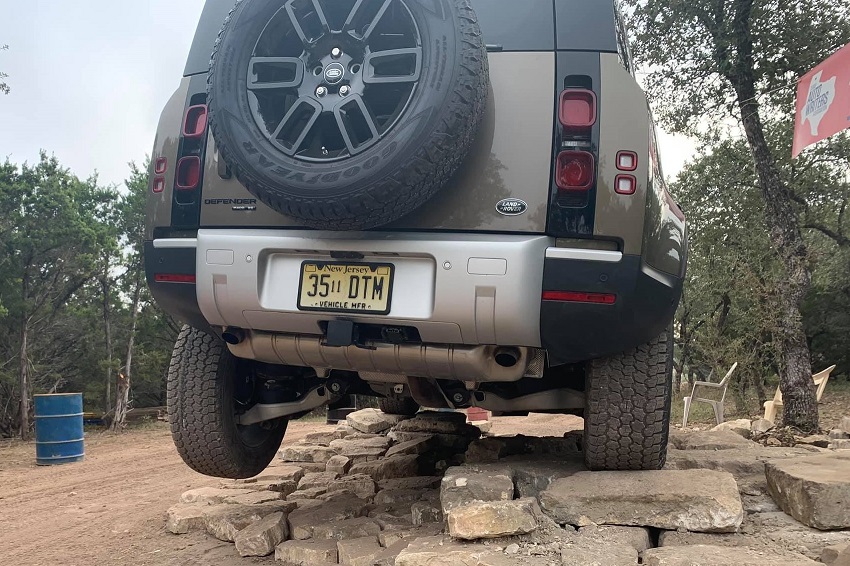 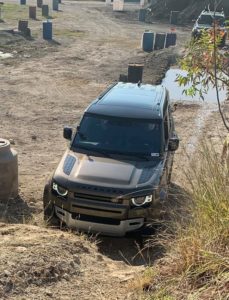 Defender climbs up to 45 degree slopes

The maximum Ascent/Descent Gradient capability was 45 degrees (up or down) with its Maximum Side Slope Traverse Gradient angle also 45 degrees. 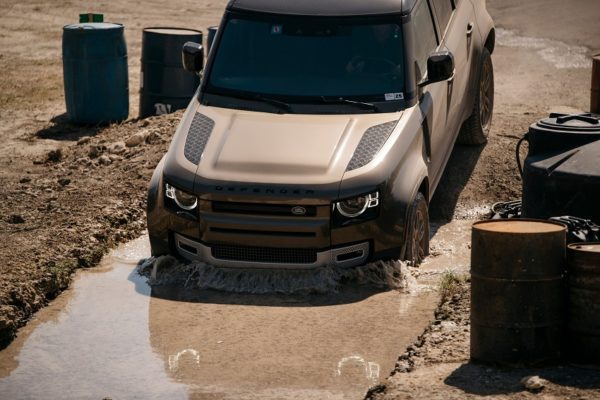 Defender can wade water up to 34.5-inches deep

Oh yeah – Land Rover Defender also featured the new Wade system that enables measuring and monitoring of water depth while moving.  Just how deep?  How about a wading depth capability of 34.5-inches of water or trail slop?

When you included its All-Terrain Response System with driver selectable off-road modes and ClearSight Ground View camera system – the Land Rover Defender 110 SE made a trip through the TAWA severe course both look and feel easy.

Already the MotorTrend winner, it just may grab the Texas Auto Writers Association 2020 SUV of Texas honor too. It was that good. 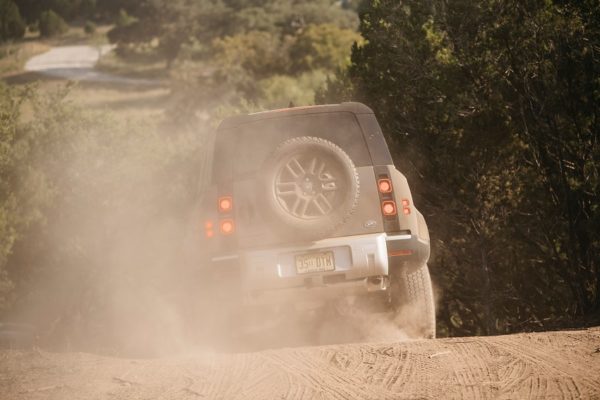 Configure your New Defender 110 at https://www.landroverusa.com/vehicles/defender/