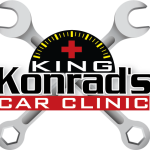 Doug asks: “why does it seem that all economy cars are so noisy inside? The cars priced under $20k are the worst offenders. Unfortunately, that is all the money I have. Is there anything I can do to make one quieter? In the past, spraying undercoat used to help, but it doesn’t seem like anyone uses it anymore. How do these engineers ignore this?”

Mike: I feel the same way about noisy cars. The problem is the amount of budget the manufacturer allocated for NVH. (Noise, vibration, and harshness) Engineers attack the noise problem by trying to Reduce, Block, and Absorb. First they try to reduce the powertrain noise, block it from coming in the passenger compartment, and then they absorb what ever gets inside. You don’t want to drive in Maxwell Smart’s “Cone of Silence” but you don’t want to be annoyed either. For an automaker, it is totally about budget. If you want to work on it yourself, you need to identify the noise you want to eliminate. You can’t just throw things in and expect them to work. It all works as a system. High frequency noise is treated differently than low frequency noise. Ask the advice of an expert. As far as undercoating goes, it isn’t used because it is messy and adds fuel economy robbing weight. All cars are rust treated at the factory anyway.
– MIke