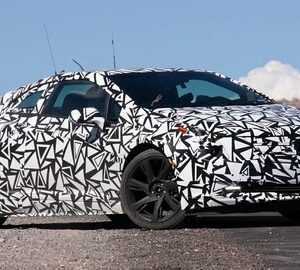 With the New Year comes the New Car Shows creating New Excitement about New Cars!  Starting with the North American International Auto Show, NAIAS, or just the Detroit Auto Show for short in January, there follows a series of shows as manufacturers try to find the best place to show the new products.  All of which leads to a lot of expectation on what’s coming up where.

The team at AutoBlog.com have an interesting list of what they are looking forward to this year –

AutoBlog.com – Cars we’re most looking forward to in 2017 Cars we’re most looking forward to in 2017

This year has been a great one for new cars. Just consider the long list of vehicles we drove in 2016 with more than 500 horsepower, and the cars we drove that we liked best. Yes, there’s some overlap there, too – more evidence of how great a year it was.

Thankfully, 2017 is shaping up to be pretty good, too, especially if you love 4x4s. There are a number of SUVs and pickups we’re dying to drive, some old favorites that will return, and other new variations on excellent themes. That being said, cars won’t be ignored. We’re hoping to see some new generations of enthusiast favorites, as well as some green vehicles that will take the fight to the established players. Take a look through what we’re looking forward to right now. We’ve ridden in the Colorado ZR2, and that brief taste was enough to make us very excited about driving one ourselves. What’s not to love? A serious mid-size pickup with an available diesel engine, mud-ready off-road styling, and those trick spool-valve shocks. It’s the most exciting 4×4 since the first Ford Raptor came along. The world needs more coupes, more convertibles, and more cars that exist merely for emotional and visceral reasons instead of focusing on class-leading cargo space and shoulder room. The upcoming Supra is one of those cars. The fact that it’s built from a BMW partnership and might have turn-signal stalks from Munich is of little consequence. Toyota cares about sports cars enough to bring the Supra back. Please let it be worthy of the name. The current Wrangler JK has been around for more than a decade. Its replacement, dubbed the JL, has big (some may say impossible) shoes to fill, as it has to live up to the standards of every single Wrangler and Wrangler owner before it. It will never satisfy everyone, but hey, at least we’re finally getting a Wrangler pickup to go along with it. The Honda Civic is suddenly interesting again – very interesting. The base car is the most competent Civic in years, and now there are two flavors of sporty front-drivers coming: the exciting Si and the superlative Type R. Both will be turbocharged, a departure from Honda’s naturally aspirated past. Expect something like 230 horsepower from the Si and around 340 hp for the Type R. Yep, we’re interested. The Bronco is one of those iconic vehicles that, even two decades after its demise, still holds a place in the hearts of many enthusiasts. There’s nothing quite like it on the road today, as more and more SUVs shift to practical, car-based platforms. Given the minor uproar online a few months back when a new Bronco was confirmed, it seems we’re not alone in our excitement. Hyundai (along with Kia) has historically been considered a value option, but as of late there have been fewer reasons to make excuses for its products. With a full lineup of cars and crossovers, the one thing Hyundai has been missing is a ground-up, purpose-built hybrid. Enter the Ioniq. The new car comes in three flavors (electric, hybrid, and plug-in hybrid) and is gunning straight for the mammoth that is the Toyota Prius. It should be an interesting fight. The G-Wagen has been around for nearly 40 years, which is admirable for a brick-like vehicle originally designed for the military. It seems that it’ll again be updated soon, but thankfully what we’ve seen of the latest version sticks close to the original formula. If it improves on or even maintains some of its predecessor’s incredible off-road abilities, we’ll be very excited about it. We’ve been waiting for this car for years, and it seems like 2017 is the year we’ll finally get to see and perhaps drive the Kia GT. And we’ll probably see it early in January at the Detroit Auto Show. Our early look at the car (thanks to the leaked image above) shows a rakish BMW 4 Series Gran Coupe competitor, based on a version of the platform found underneath the upcoming Genesis G70. It goes without saying that this is an important car for Kia to get right, and we can’t wait to see if it measures up. Think of the Stelvio as a taller, slightly more practical version of the Giulia sport sedan, and you’re on the right track. It has the potential to deliver an exciting driving proposition despite being a crossover, thanks to a range of engines shared with the Giulia culminating in the 505-horsepower Stelvio Quadrifoglio. It also has close to a perfect 50-50 weight balance, and features an advanced AWD system. We’re hoping it proves its mettle as an exciting drive, regardless of form factor. Even though we first saw the GT nearly two years ago, our interest and desire to get behind the wheel hasn’t wained a single ounce. In fact, given things like the car’s Le Mans class win, our excitement has only grown. It’s going to be difficult to live up to the hype, but even if it’s only half as good as we hope it’s still proof that sports cars are far from dead.