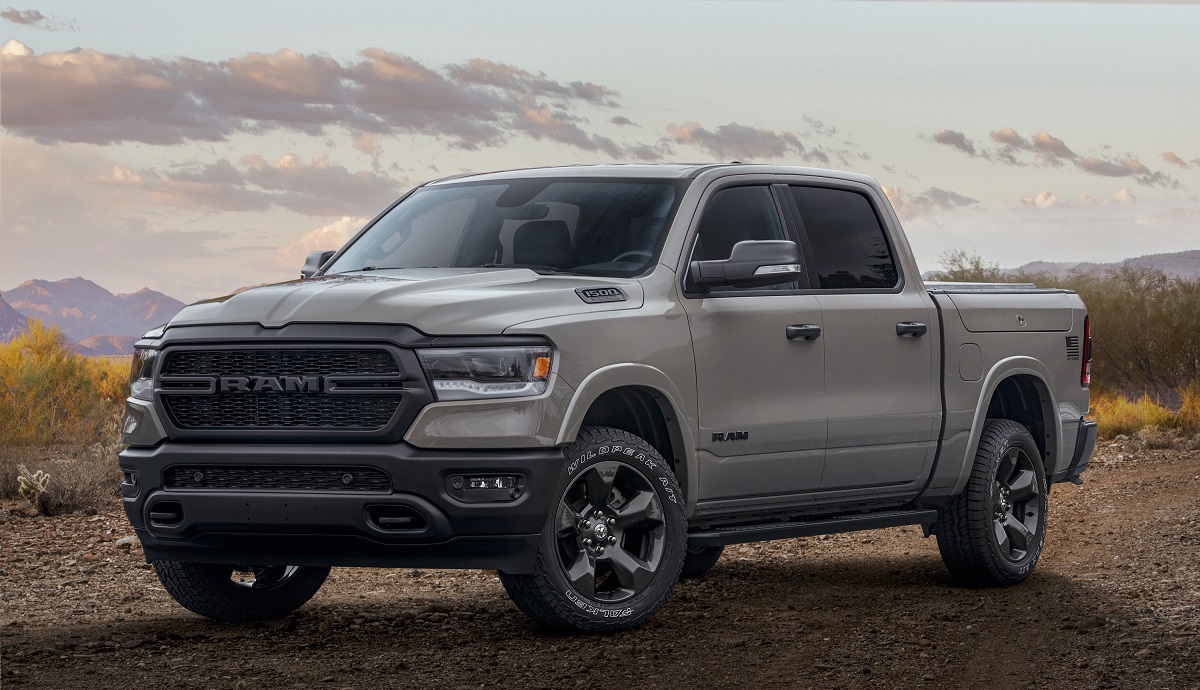 Ram Truck is announcing today that they are honoring the five service branches of the United States Armed Forces with a series of Ram “Built to Serve Edition” trucks.

Each of the five U.S. military service branches will be honored by Ram with two specially selected exterior paint colors that evoke the spirit, the mission and history of that service. One of each branch’s “Built to Serve Edition” models will be offered in a new low-volume paint option exclusive to this program.

“Ram wants to honor those who are serving or have served the United States with distinction,” said Reid Bigland, Head of Ram Brand. “For Ram truck owners — whether military or civilian – ‘Built to Serve’ is a maxim that they can be proud to stand behind. We also want to bring together Ram owners who are not currently serving to make a difference in their communities. We launched our Ram Nation volunteer organization in 2015 as a way to give our Ram truck owners a way to be involved when there’s a need.”

Ram will kick off the launch of the Built to Serve editions, as well as begin the Ram Nation challenge, at the “Stars and Strings” concert, which celebrates our nation’s military heroes and their families at the Fox Theater in Detroit, Michigan on Wednesday, November 6, 2019.

The first of the Built to Serve Edition trucks will roll out in November, coinciding with Veterans Day. 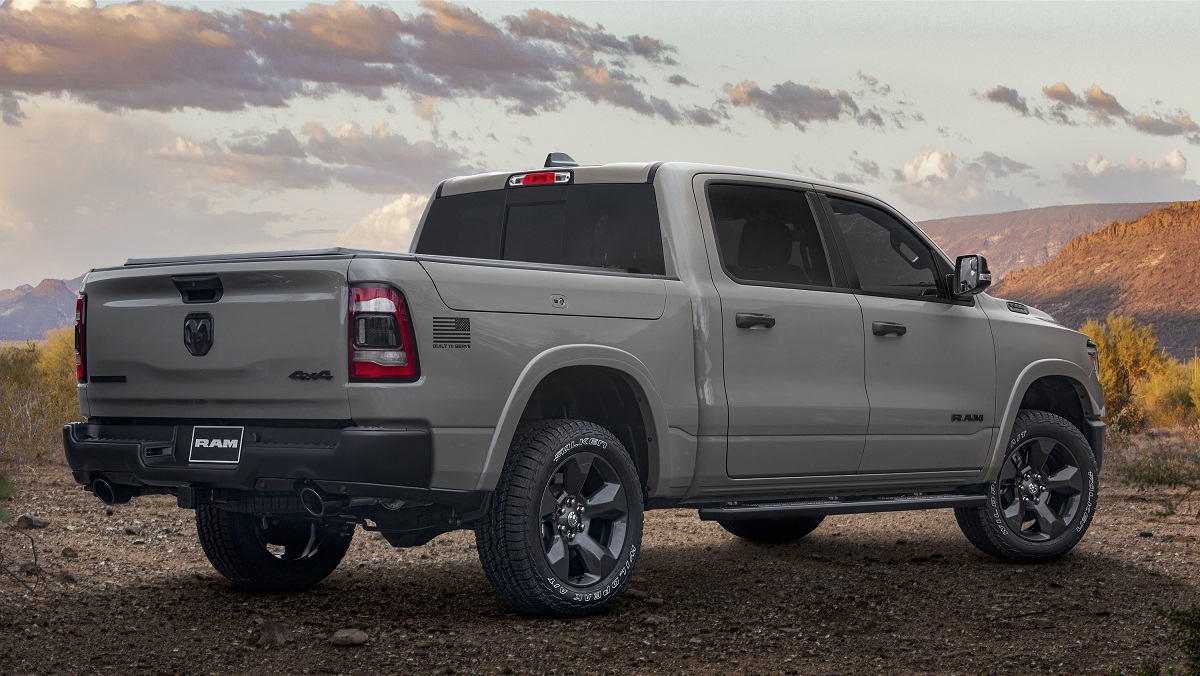 A new Built to Serve Edition model representing another one of America’s land, air and sea-based military branches, will launch approximately every three months.

The U.S. Armed Forces “Built to Serve Edition” Ram trucks will be offered in the following colors and limited numbers:

Ram Built to Serve Edition trucks are based on the Ram Longhorn Edition and feature unique interior and exterior features that set them apart, including a United States flag and Built to Serve decal on each of the rear quarter panels. 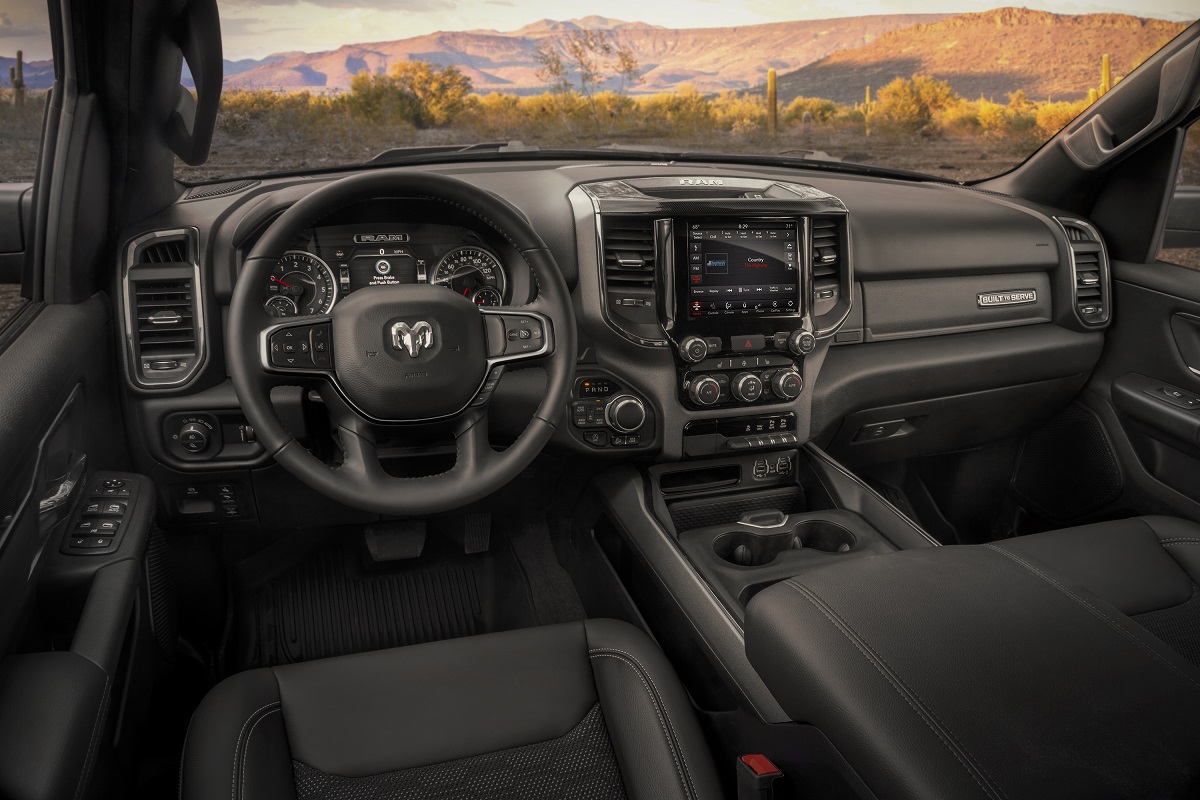 Inside, each of the five branches of Built to Serve Rams is accented with unique, corresponding color stitching: Light Frost, Light Ambassador Blue, Light Diesel Gray, Core Green or Orange. 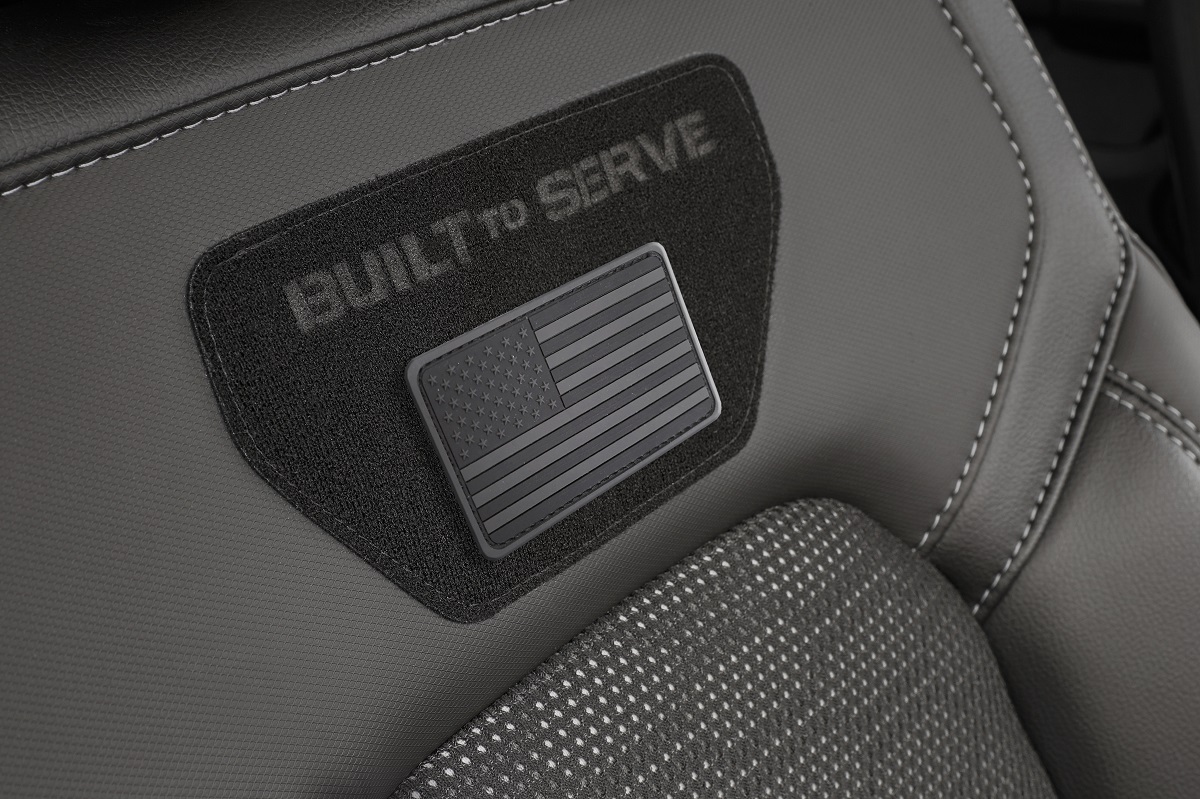 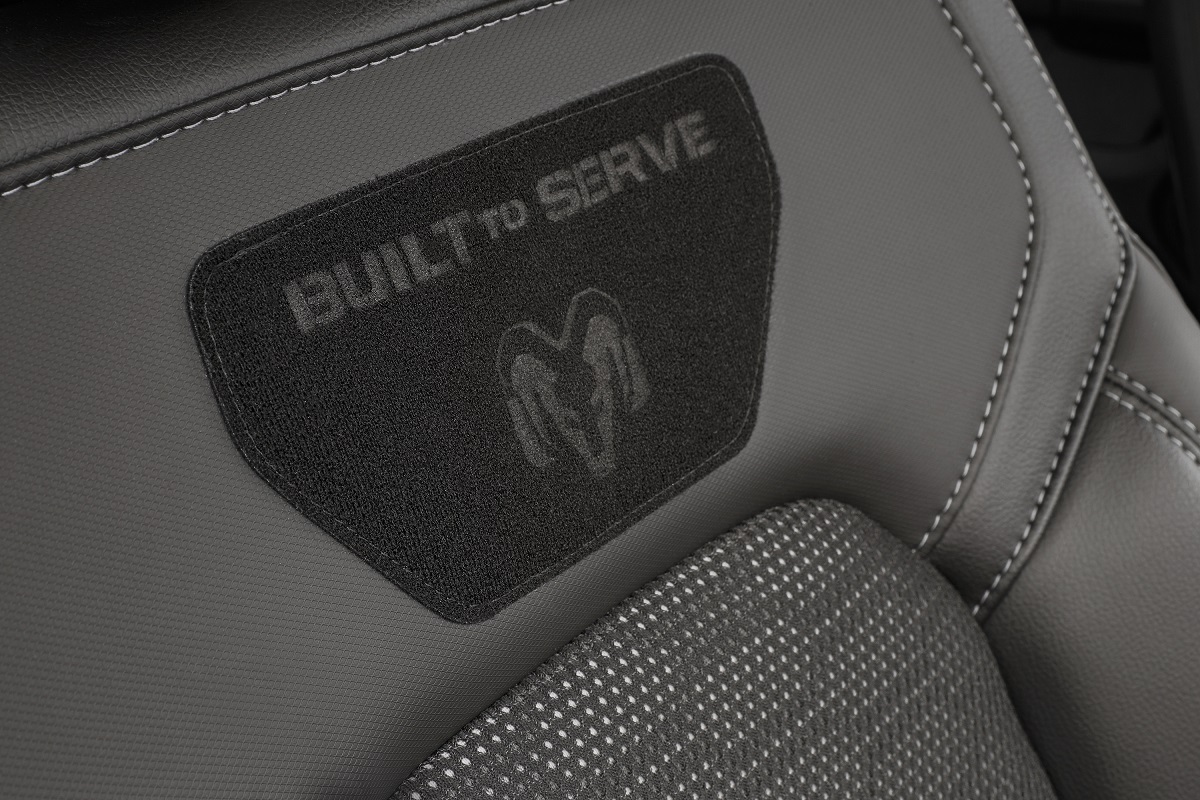 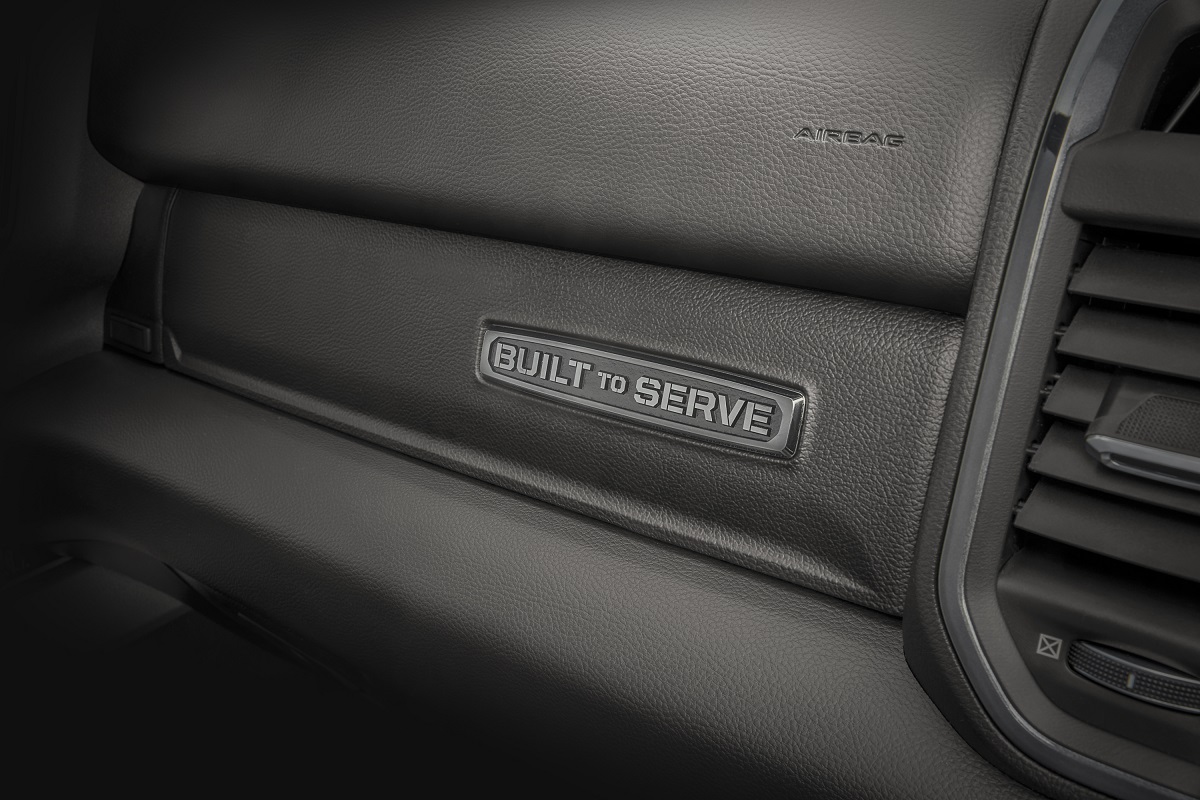 Underneath the Ram Built to Serve Edition package features the following content from the 4×4 Off-Road group:

Ram Built to Serve Edition packages are available on all body styles and all powertrains says Ram.

As these are limited editions, the team at inwheeltime.com suggests talking to your local Ram dealer now to let them know you are interested in one. 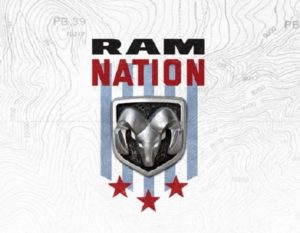 Ram Nation is a grassroots volunteer corps of Ram owners and like-minded people willing and ready to come together to haul supplies, deliver equipment, clear debris, distribute food and water and even make donations that help people in their communities and around the world

Beginning today and launching with a new digital 60-second spot, Ram Nation is recruiting individuals to donate their time and to volunteer in their own communities across the nation, with the cumulative goal of 1.3 million volunteer-hours of service by next Veterans Day, November 11, 2020. That goal is equal to one hour for each person serving in our armed services.

In addition to activating the Ram Nation volunteer corps across the U.S., Ram is extending the invitation to all individuals, regardless of whether they are a Ram truck owner.

As noted, Ram will kick off the launch of the Built to Serve editions, as well as begin the Ram Nation challenge, at the “Stars and Strings” concert at the Fox Theater in Detroit, Michigan on Wednesday, November 6, 2019.

To join and learn about new Ram Nation volunteer events, go to: