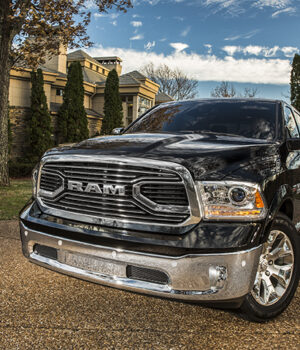 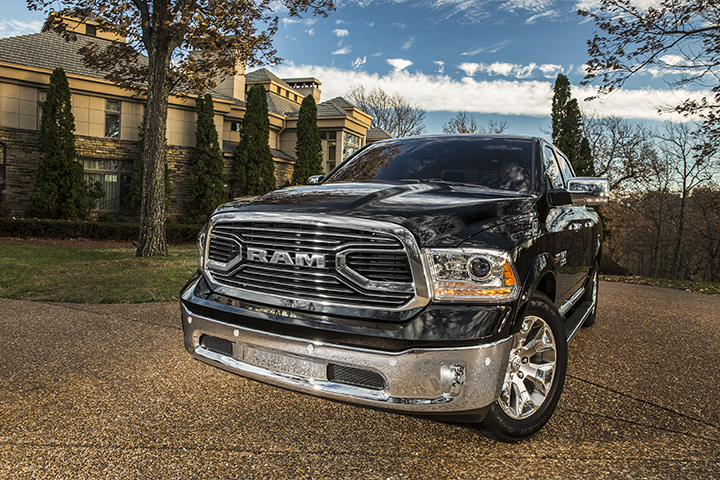 Ram is the 2015 “Official Truck” of the Academy of Country Music Awards and is inviting Ram owners to bring their trucks to help the brand break a Guinness World Records™ title for the largest parade of pickup trucks. This event is being held in conjunction with the 50th anniversary of the ACM Awards that will be broadcast live for the first time ever from AT&T Stadium in Arlington, Texas, on Sunday, April 19, at 8 p.m. Eastern time/5 p.m. Pacific time on CBS.There are five-hundred truck slots are available for the “Ram Truck Round-up” parade that is taking place on Saturday, April 18, at AT&T Stadium in Arlington. Ram truck owners can reserve their place in history by registering online at www.ramroundup.com. Each participating Ram truck will receive up to two tickets for the Saturday ACM Party for a Cause Festival featuring live performances by an outstanding lineup of top country music artists.

There is a $50 deposit required for each ACM Party for a Cause Festival ticket to hold a place in the parade, which will be refunded to participants in cash when they check in at the event.“Everything is always bigger in Texas and Ram, America’s fastest-growing truck brand, is making sure this year’s ACM Awards celebration in Arlington will prove this once again,” said Robert Hegbloom, President and Chief Executive Officer, Ram Truck Brand, FCA – North America. “The ‘Ram Truck Round-up’ is a once-in-a-lifetime opportunity for our loyal truck owners to be a part of a special record-breaking rally and pickup parade in the largest truck market in the country.”Ram Truck Round-up Specifics
The Ram Truck Round-up is exclusive to Ram truck owners, and registered participants must arrive at AT&T Stadium between 7:30-10 a.m. Central time as gates will be closed after 10 a.m. Attendees, including drivers and one guest, must be at least 16 years old and the drivers must have a valid driver’s license or photo ID that matches the advance registration information. Additional information is available at www.ramroundup.com.Additional entertainment at the Ram Truck Round-up will include a special car-crushing appearance by the Raminator monster truck and there will be a chance to meet nine-time Monster Truck Racing Association Driver of the Year Mark Hall. In addition, participants also will receive VIP access to special offers from Ram partners at the event and the first 100 Ram trucks to arrive will receive additional partner giveaways. Look for Ram partners that may include Bosch Power Tools, Mossy Oak, Tucker Hibbert, Ram Rodeo and Drury Outdoor. 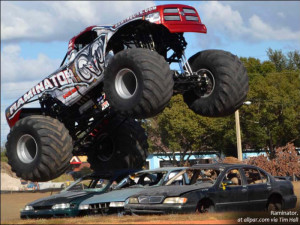 Light breakfast items will be available free for guests who arrive early. No outside food or alcohol is permitted.

ACM Party for a Cause
In addition, Ram Truck Round-up participants will receive tickets for Saturday’s ACM Party for a Cause Festival. This two-day outdoor music event is taking place Friday, April 17, and Saturday, April 18, at Globe Life Park in Arlington, and will include multiple stages for ongoing live country music performances, interactive experiences, a family-friendly country marketplace with vendors from around the country and much more. Country music icons, including many 2015 ACM Award nominees, are set to perform. The festival also will be taped for a two-hour special “ACM Presents: Superstar Duets!,” which will air on Friday, May 15, on CBS. Additional information on the event is available at ACMcountry.com.

This is the sixth consecutive year that the Ram Truck brand has partnered with and been the “Official Truck” of the ACM Awards. Ram Trucks’ involvement has evolved over the years. This year, Ram is the sponsor of the Ram Lone Star Stage at the ACM Party for a Cause Festival and is running a national radio promotion where winners receive trips to Dallas for the ultimate ACM weekend experience. In addition, Ram promotes the ACM Awards and ACM Party for a Cause Festival through social media, as well as television and digital advertising.

About the Academy of Country Music Awards

The 50th Academy of Country Music Awards is dedicated to honoring and showcasing the biggest names and emerging talent in the country music industry. The show is produced for television by Dick Clark Productions, Inc. and will broadcast from AT&T Stadium in Arlington, Sunday, April 19, at 8 p.m. live Eastern time/delayed 8 p.m. Pacific time on CBS. Allen Shapiro, Mike Mahan, R.A. Clark and Barry Adelman are executive producers.  Bob Romeo is executive producer for the Academy of Country Music.

About Ram Truck Brand
Since its launch as a stand-alone division in 2009, the Ram Truck Brand has steadily emerged as an industry leader with one goal: to build the best pickup trucks and commercial vehicles in the industry.

In Wheel Time radio is broadcast on the Yahoo! Sports Network 1560am and streams live from www.InWheelTime.com from 9am – noonCST every Saturday!  Be sure to check us out on facebook.com/InWheeltime and follow us on twitter/@InWheelTime as well as instagram: InWheelTime