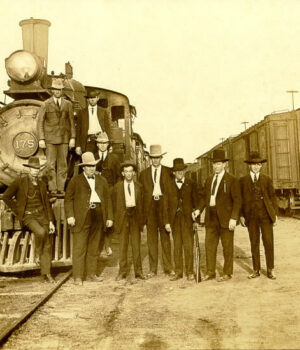 Last year at the 2014 Texas State Fair Auto Show, Ram Trucks had an impressive display of trucks on hand, and an even more impressive display for a special announcement.   With several of the famed Texas Rangers on hand, Bob Hegbloom, President of Ram Trucks announced a partnership with the Texas Ranger Hall of Fame and presented a check for $100,000!  The Texas Rangers museum located in Waco has been a memorial to the famed lawmakers so long that it is out growing the current residence on the banks of the Brazo River, near the University of Baylor grounds.

At the Dallas Auto Show media day, Bob Hegbloom unveiled what could be considered the next step in that sponsorship with a one-of-a-kind Texas Ranger concept truck with special interior designs and unique Texas Ranger badging on the exterior. 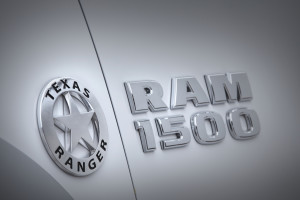 The Ram Truck brand today unveiled a one-of-a-kind Texas Ranger concept truck to commemorate and promote the brand’s partnership with the renowned law-enforcement agency and the Texas Ranger Hall of Fame and Museum.

“The Ram team developed this commemorative concept truck in order to further highlight our relationship with the Texas Rangers and the Texas Ranger Hall of Fame and Museum,” said Bob Hegbloom, President and CEO – Ram Truck, FCA US LLC. “Although Rangers are well-known horsemen, today Texans drive more pickups than drivers in any other state in the country.” 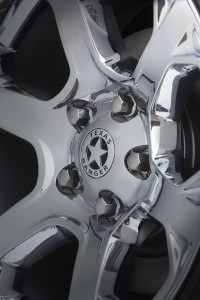 Starting with the etched Canyon Brown and Tan leather and tooled-metal details that distinguish Ram’s luxurious Laramie Longhorn edition, Ram’s designers have loaded the concept truck with unique Texas Ranger edition accents.Among the most notable are four real Mexican five-peso silver coins inlaid within the wooden portions of the door bolsters. Front doors have the obverse or “heads” side and rear doors contain the reverse or “tails” side of the coin.A host of other custom features include:

Texas Trucks
More Texans drive pickup trucks than drivers in any other state; 20 percent of motor vehicle registrations versus 12 percent national average. In fact, Ram sells nearly two-and-a-half times as many pickup trucks in Texas as it does in the next-highest volume state.  In 2002, Ram Truck was the first manufacturer to recognize the strength of the pickup truck market in Texas and to offer an exclusive edition for the state. The Ram Lone Star edition was the first pickup truck designed by Texans and built specifically for Texans.  The Ram Lone Star edition is by far the brand’s best-selling model in Texas, accounting for nearly 40 percent of the half-ton mix. Since the Lone Star’s debut, Ram has sold more than 230,000 of the Texas-only models. 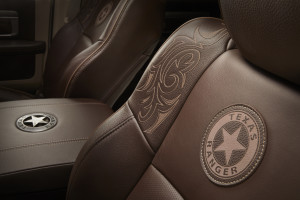 Ram is the fastest-growing truck brand in Texas. Its share is up 2.52 points over the last five years, in no small part owing to its ability to deliver the hard-working trucks that Texans demand.

Ram / Texas Rangers Partnership
At the 2014 State Fair of Texas, Ram Truck announced a new partnership with the Texas Rangers, aiding the preservation of the history of the renowned law-enforcement organization.

The Texas Ranger Hall of Fame and Museum is the official historical center of the Rangers and is preparing for the Texas Ranger Bicentennial in 2023.

The Texas Rangers, America’s oldest state law enforcement agency, are gearing up for their landmark 200th anniversary. Today’s elite Rangers trace their founding to 1823. The first Rangers were minutemen and scouts protecting farms, ranches and settlements on a hostile frontier. Remarkably, Rangers have upheld the law over the span of three centuries; they are the only American lawmen to have served under five flags: Mexico, the Republic of Texas, the United States, Confederate Texas and the U.S. again.  The Texas Ranger is one of the most cherished symbols of the Lone Star State, a positive and enduring icon of Texas and America. Many families take immense pride in having a relative who was, or is, a Texas Ranger. Past and present ranks include Texans of Hispanic, Anglo-European, African, American Indian and Asian ancestry.

Today, the site has more galleries and the land holds buildings for a variety of services: more galleries, more research, more education and community involvement among them.  An educational center not only hosts student groups (students in fourth and seventh grades in the state study Texas history), but is a place to help community organizations with training or conferences.  Efforts are underway to renovate and expand the exhibits and educational facilities of the Texas Ranger Hall of Fame in Waco. The goal is to leave a Bicentennial legacy by supporting efforts of the museum to further preserve the Texas Ranger heritage for future generations.

Follow the Texas Ranger Hall of Fame and Museum on: