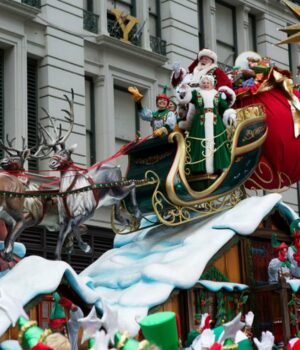 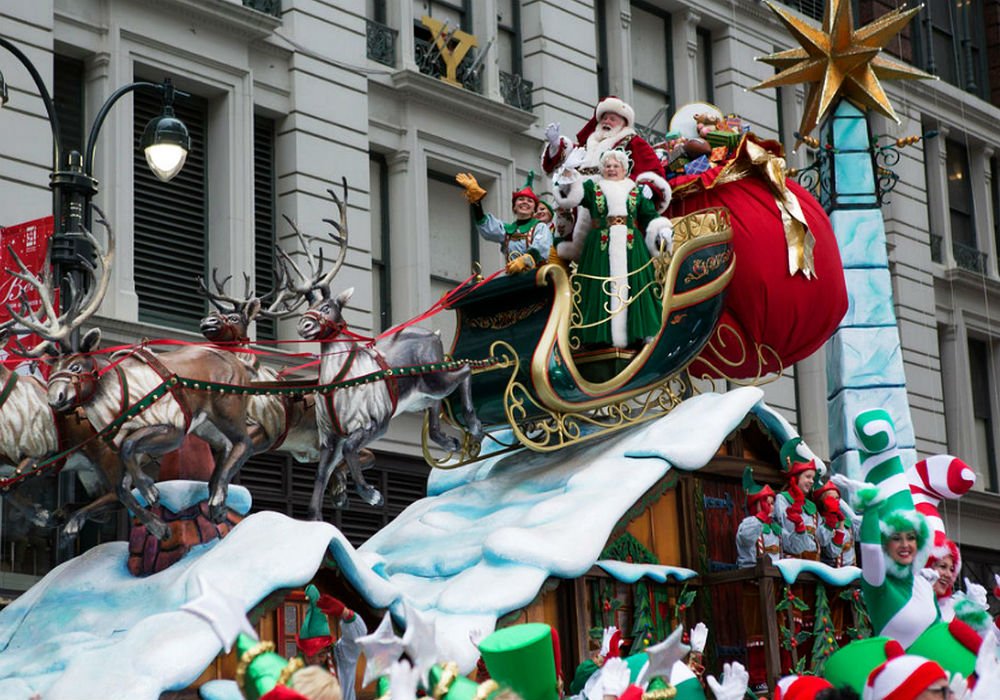 When you tune in the 93rd Annual Macy’s Thanksgiving Day Parade on Thursday morning,  Ram trucks will be leading the way.

As the Official Truck of the Macy’s Thanksgiving Day Parade and, for the fifth consecutive year, more than 20 Ram trucks will be towing all of the floats.

This year’s Parade is unique as four Ram trucks will be fully wrapped to complement the float designs of Harvest in the Valley by Green Giant, Splashing Safari Adventure by Kalahari Resorts and Conventions, and Mount Rushmore’s American Pride by South Dakota Department of Tourism. 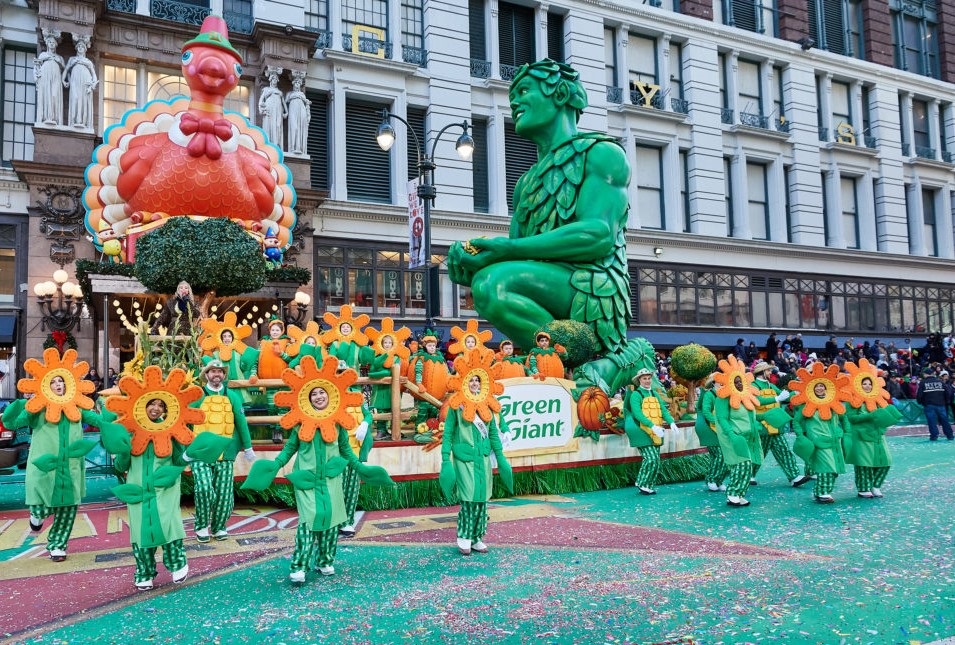 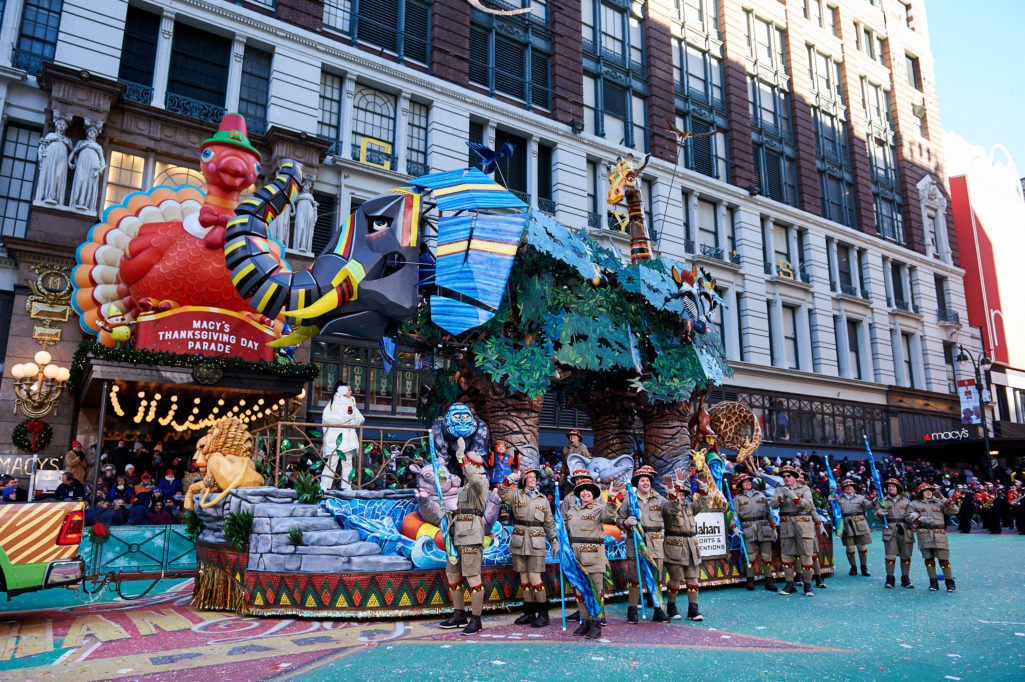 Last, but certainly not least, Ram will power the symbol of Macy’s holiday spirit towing the star of the Parade, Santa Claus on his regal float.

“It is with great pride that the Ram Truck brand celebrates five years of aligning with the iconic Macy’s Thanksgiving Day Parade,” said Reid Bigland, Head of Ram Brand. “This is truly a cultural moment, and in this season of thanks, we are honored to be just a small part of the magic that happens as our full portfolio of award-winning trucks pulls these floats down the streets of Manhattan.”

In total, the Ram truck brand provided the Macy’s Parade with 65 trucks and Ram ProMaster commercial vans, many of which are used for behind-the-scenes functions leading up to the Parade start.

Ram will not only help transport the floats down the Parade route, but will also assist in moving other Parade materials needed to produce the annual spectacle, from tool containers to costumes and much more, in the lead up to the start of the procession on Thanksgiving Day.

Approximately 3.5 million spectators in NYC and more than 50 million television viewers nationwide see the Macy’s Thanksgiving Parade each year, marking the official start to the holiday season. The Parade is broadcast nationwide Thursday, Nov. 28 on NBC, beginning at 9 a.m. in all time zones.

In addition to Parade day fun, the brand is teaming up with Macy’s and its partners to again demonstrate the Ram heavy-duty truck incredible towing capability by bringing back #RamWillTowThat social media campaign.

First launched during the lead-up to the 2019 Big Game telecast via Ram’s official Twitter and  Facebook pages, each video features the Ram 3500 towing a gigantic item related to each of the brand’s Parade elements.

“The Macy’s Thanksgiving Day Parade is the perfect event to bring back our fun and unique #RamWillTowThat campaign,” said Marissa Hunter, Head of Marketing, FCA – North America. “Partnering with some of the most iconic brands who participate in the Parade allows us to creatively demonstrate to our fans on social media how the magic of the moment could not happen without the power of Ram Trucks.”

Most Macy’s Thanksgiving Day parade fans think of the balloons as the mainstay of the parade today.  But, before there were balloons, the decorated ‘floats’ were the primary element.  Part of the parade since 1924, floats remain an important element of the parade.

Parade floats are built and stored at a Macy facility in Hoboken, New Jersey. For the annual parade, they must travel through the Lincoln Tunnel to get to the parade starting point.  Floats are built on a wheeled base called a flatbed.  A wide range of materials are used to build the display with an emphasis on strength with light weight.

Float dimension vary, but some of the larger ones can be in the area of 33 feet high, 16 feet wide and 42 feet long.  The largest float in the parade is Santa’s Sleigh at 60-feet long, 22-feet wide and 3 ½ stories tall.

Given their assembled size relative to the narrow confines of the Lincoln Tunnel, they must be able to collapse for travel.  How much?  No more than 12 and a half high and 8 feet wide.

They are towed collapsed to the parade staging area the day before the parade, erected to finished size and decorated with finish elements.

In addition to the balloons and floats, there are also float-balloon combinations.  They are a cross between a balloon and a self-powered vehicle. For the record, they are sometimes referred to as ‘falloons’ and ‘ballonicles’.