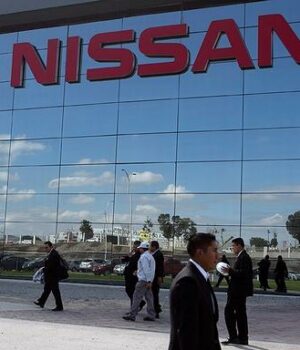 Long-anticipated joint venture will have capacity for 300,000 vehicles annually; 5,700 new jobs expected by 2021 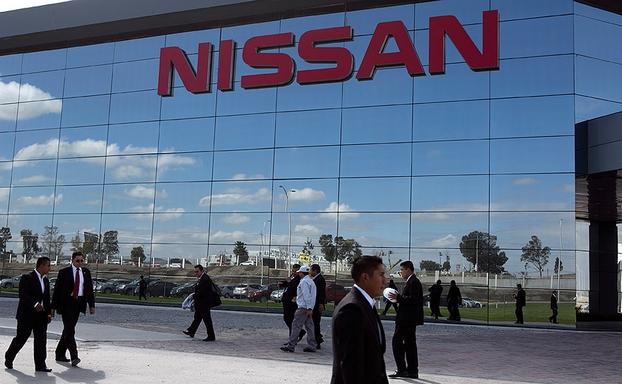 Mercedes and Infiniti will collaborate on advanced research, design and production of premium compact vehicles. Pictured is the existing Nissan plant in Aguascalientes, Mexico, pictured in 2013.

NASHVILLE — Global technology partners Daimler AG and the Renault-Nissan Alliance will spend 1 billion euros ($1.36 billion) to produce 300,000 compact Infiniti and Mercedes vehicles a year at a new factory in Mexico, starting in 2017.

The partners announced this morning that they are co-developing a family of new compact luxury models to be sold around the world. The project has been in the works for several months.

The new-generation models will be produced “in the immediate vicinity” of Nissan’s newest plant in Aguascalientes, Mexico, for North and South America.

Renault-Nissan CEO Carlos Ghosn said the models also will be built in other factories around the world separately by the partners.

Speaking to reporters this morning via satellite from France and Germany, Ghosn and Daimler CEO Dieter Zetsche declined to discuss what specific models will come from Aguascalientes.

Zetsche said Mercedes and Infiniti are working closely in advanced research and design to ensure that the future cars will differ from each other in design and specifications.

The first vehicles off the assembly line will go to Infiniti in 2017, with Mercedes receiving cars starting in 2018.

The companies said they are planning to add almost 5,700 jobs — including engineering, line workers and support staff — when the operation hits full capacity in 2021.

“Joint development of compact premium vehicles and joint production in Aguascalientes together represent one of the largest projects between the Renault-Nissan Alliance and Daimler,” Ghosn said. “It also shows how our collaboration, which began in Europe, has become global in scope.”

The announcement follows by one day the opening of an Infiniti and Mercedes engine factory in Decherd, Tenn., which began producing 2-liter engines for the Infiniti Q50 and Mercedes C class.

Ghosn says that engines for the new compact vehicles will come from a combination of sources, including the United States and outside of the NAFTA region. But he says that not all of the project’s details have been finalized.

Nissan and Daimler began working together on vehicles and technologies in 2010, and the relationship continues to expand. This year, Daimler will launch production of jointly developed new-generation Smart two- and four-seat vehicles, with Nissan partner Renault receiving its own version of the platform as the Twingo.