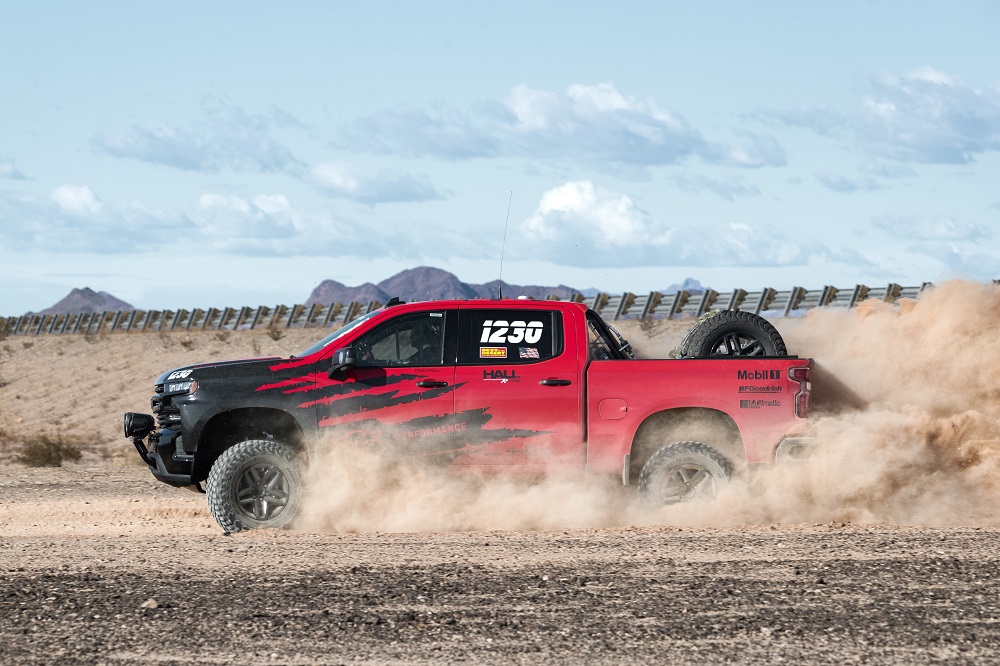 Chevrolet announces that Silverado will compete in the Best in the Desert Racing series, debuting at the Laughlin Desert Classic in October 2019.

Racer plus a Development Platform

Like Colorado, the Silverado race truck will be used for engineering development and validation says Chevy. 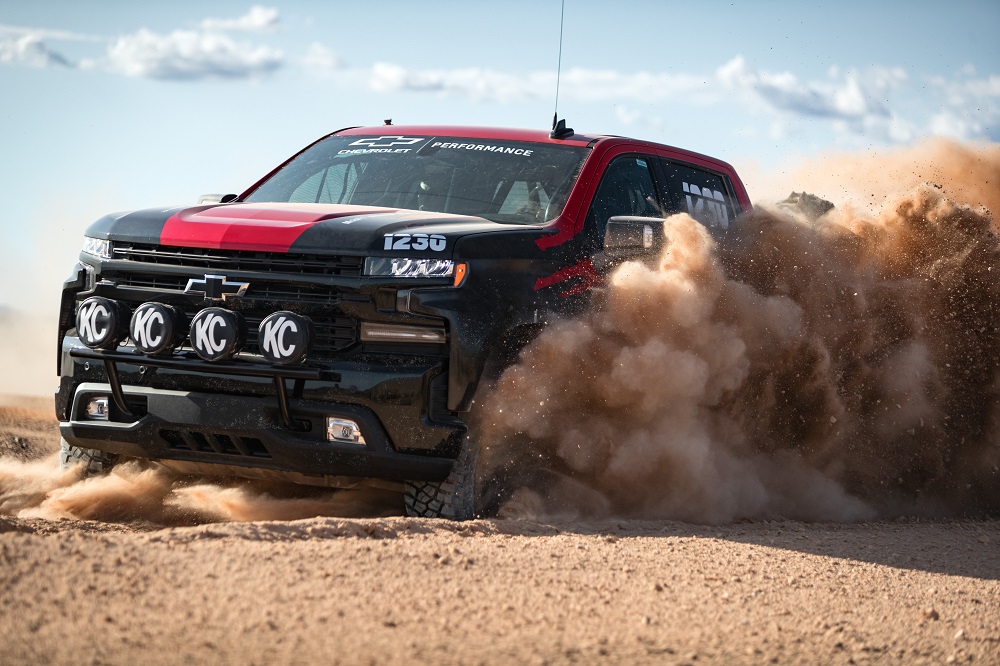 “Off-road racing is just brutal on vehicles,” said Mark Dickens, chief engineer, Government Programs, Performance Variants, Parts and Motorsports, “and a single race puts more wear and tear on trucks than most vehicles will experience in years. That makes off-road racing a valuable test bed to evaluate new components. What we learn while racing informs everything from future performance parts and accessories to GM Defense projects and production vehicle changes.”

Chevrolet Performance first applied this model to the Colorado ZR2, which has competed in off-road racing since 2017.  Driven by Chad Hall of Hall Racing, the Colorado ZR2 was one of only four of 434 vehicles to finish all 12 Best in the Desert races it competed in. 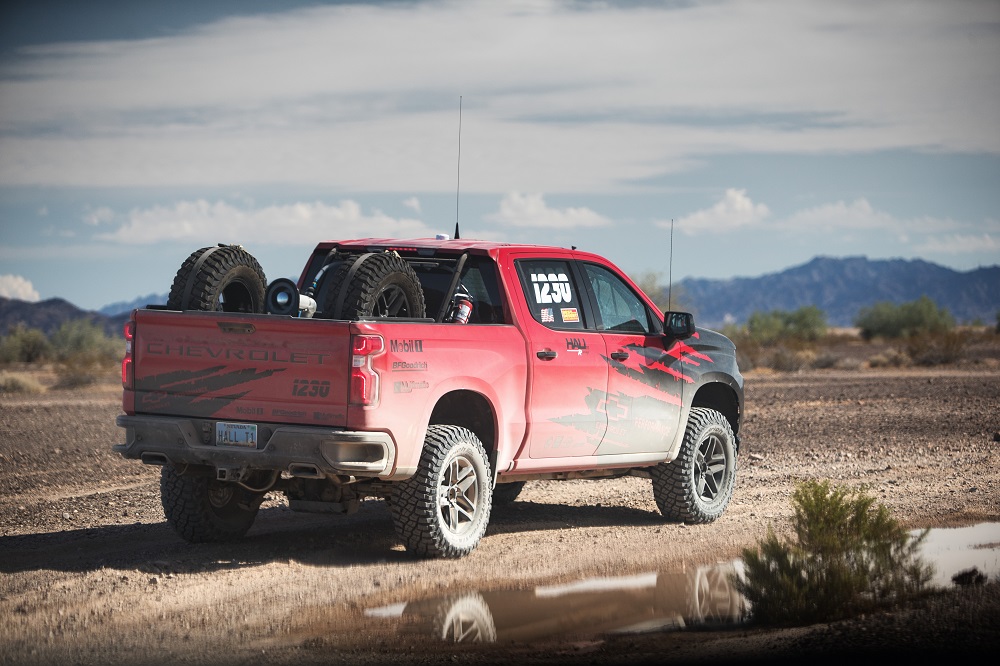 Through the process, they developed a portfolio of Colorado ZR2 race parts available now or shortly from Chevrolet Performance.

Based on Silverado LT Trail Boss

The Silverado race truck started as a LT Trail Boss model, powered by the 420-hp, 6.2L V-8 mated to a 10-speed automatic.

The truck will compete in Best in the Desert’s 1200 Stock class, which limits changes to suspension, underbody and installation of race- safety equipment.

This damper technology was first used in an off-road application with the factory Colorado ZR2, followed by the ZR2 race truck. These dampers have proven to be remarkably capable for off-road racing, offering impressive levels of control and compliance. For full-size Silverado race truck, the dampers have been scaled up for greater wheel travel and even greater control.

“This is the next evolution of the DSSV off-road damper,” said Michael Guttilla, executive vice president, Multimatic Engineering. “We’ve taken everything we learned from the highly successful Colorado ZR2 program and scaled it to deliver next-level  performance in the Silverado. Initial on-truck development has been successful, but competition will provide the true test.”

“I’m incredibly proud of what the team has accomplished with the Colorado ZR2 race truck, and I’m excited to see what the Silverado is capable of,” said Chad Hall of Hall Racing. “With Colorado ZR2, we cut four hours off our race time from our first Vegas to Reno race to our second. When you marry that suspension design and expertise with the Silverado’s 420-hp V-8 and even greater suspension travel, I believe this new race truck will be a beast on the race course.”

Chevrolet will participate in six Best in the Desert races next year, along with the Mint 400, with both Silverado and ZR2.

As noted, the Silverado Race Truck is based on the LT Trail Boss model from the current lineup.  You may want to configure your own with features and capability important to you.  The 2020 Silverado LT Trail Boss starts at $48,300 MSRP.

Learn more about the full line of all 2020 Chevrolet vehicles by going here: https://www.chevrolet.com/

You may also like this article about the Colorado ZR2 desert racer: