As the iconic Beetle drives into the sunset in 2019, VW will offer two special models – the Final Edition SE and Final Edition SEL – in celebration of its long and rich heritage with drivers in North America.

Announcing the end of production of the Beetle in 2019, Hinrich J. Woebcken, President and CEO, Volkswagen Group of America remarked: “The loss of the Beetle after three generations, over nearly seven decades, will evoke a host of emotions from the Beetle’s many devoted fans.”

Anticipating speculation that we may see the Beetle again, he added: “As we move to being a full-line, family-focused automaker in the U.S. and ramp up our electrification strategy with the MEB platform, there are no immediate plans to replace it. But as we have seen with the I.D. BUZZ—which is the modern and practical interpretation of the legendary Bus—I would also say, ‘Never say never.” 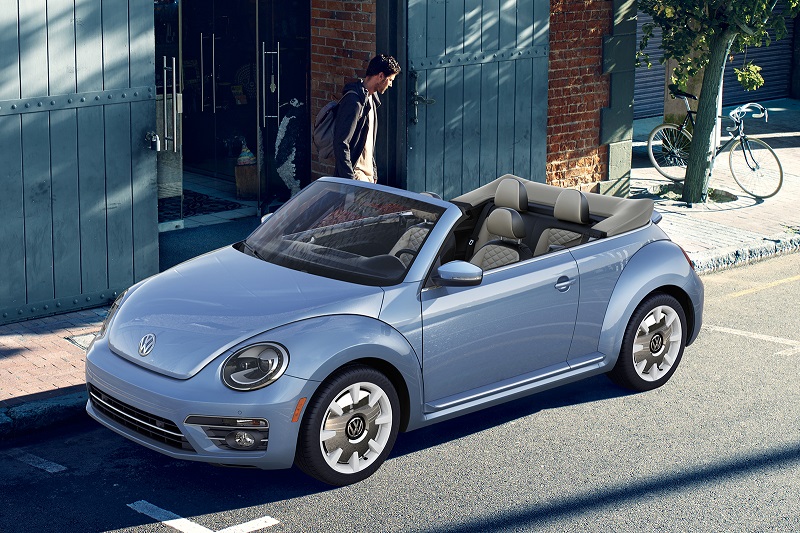 The Final Edition will be available as both coupe and convertible. Each will be very well equipped and include Final Edition unique upscale décor elements designed to send the Beetle off in style. Models will also draw inspiration from the first-generation Beetle’s final run in Mexico, where the vehicle is assembled.

Back when the Beetle was (last) revived in 2003, the Última Edición (last edition) models were only available in two colors—beige and light blue. 2019 Final Edition models will feature two unique colors: Safari Uni—a reinvention of Harvest Moon Beige, a color from the New Beetle—and Stonewashed Blue, a nod to the 1970 Jeans Bug and most recently seen on the 2016 Beetle Denim. Final Edition models will also be available in Pure White, Deep Black Pearl, and Platinum Grey.

Convertible Final Edition SEL models – in every exterior color except Safari – Uni will be available with a unique Brown soft top. 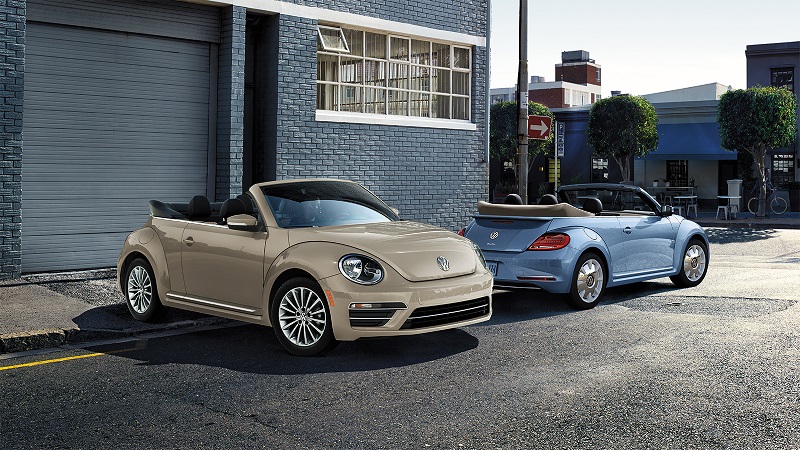 All Final Edition models replace the typical “Turbo” badge on the tailgate with a “Beetle” badge. 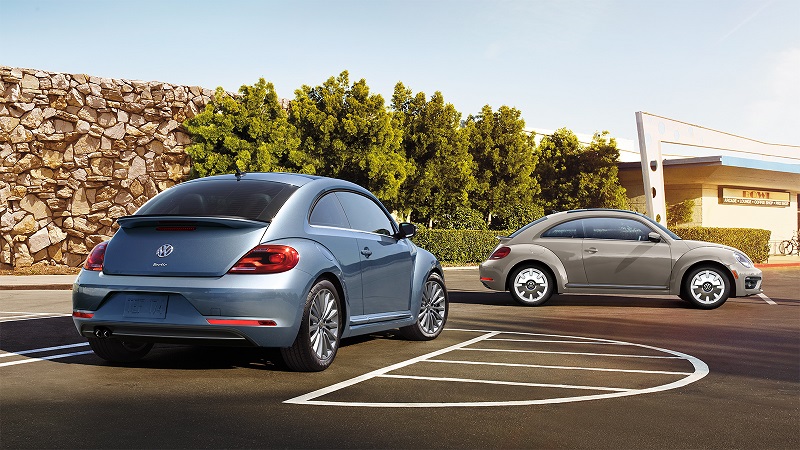 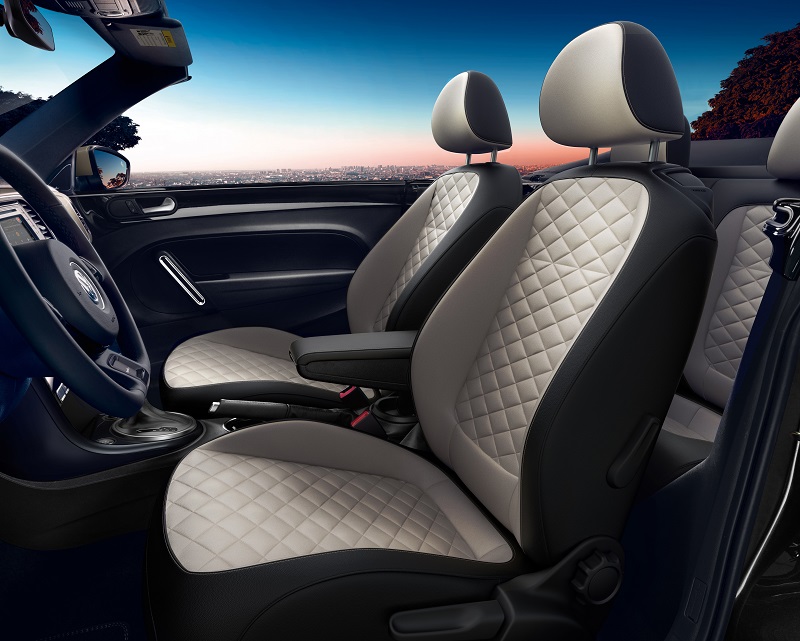 Upgrade to Discover Media infotainment with navigation, Car-Net Security & Service, and Guide & Inform, as well as Fender® Premium Audio will be available. 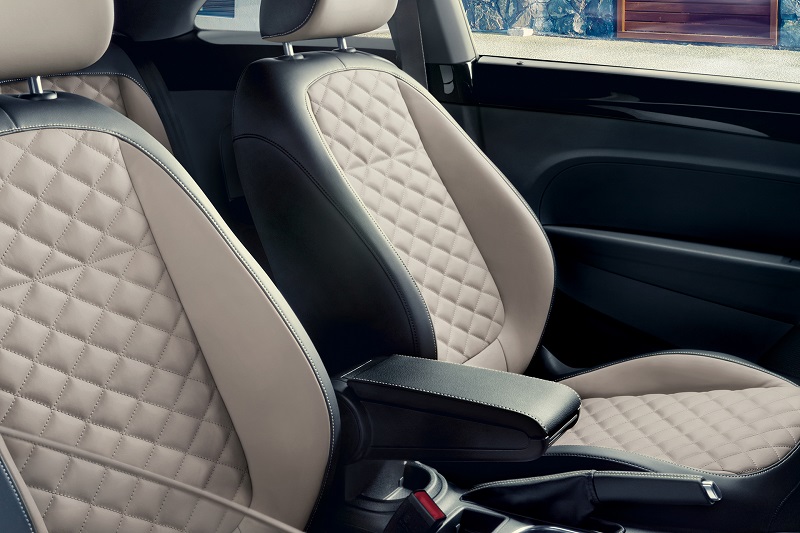 All 2019 Beetle models, including Final Edition convertible and coupe, are powered by the 2.0L TSI engine that puts out 174 horsepower and 184 lb-ft of torque. All models are paired with a six-speed automatic transmission and deliver an EPA-estimated fuel economy rating of 26/33 mpg city/highway and 29 mpg combined. 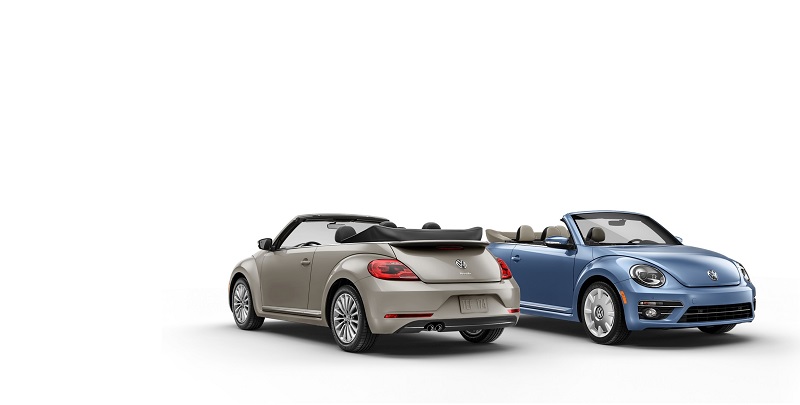